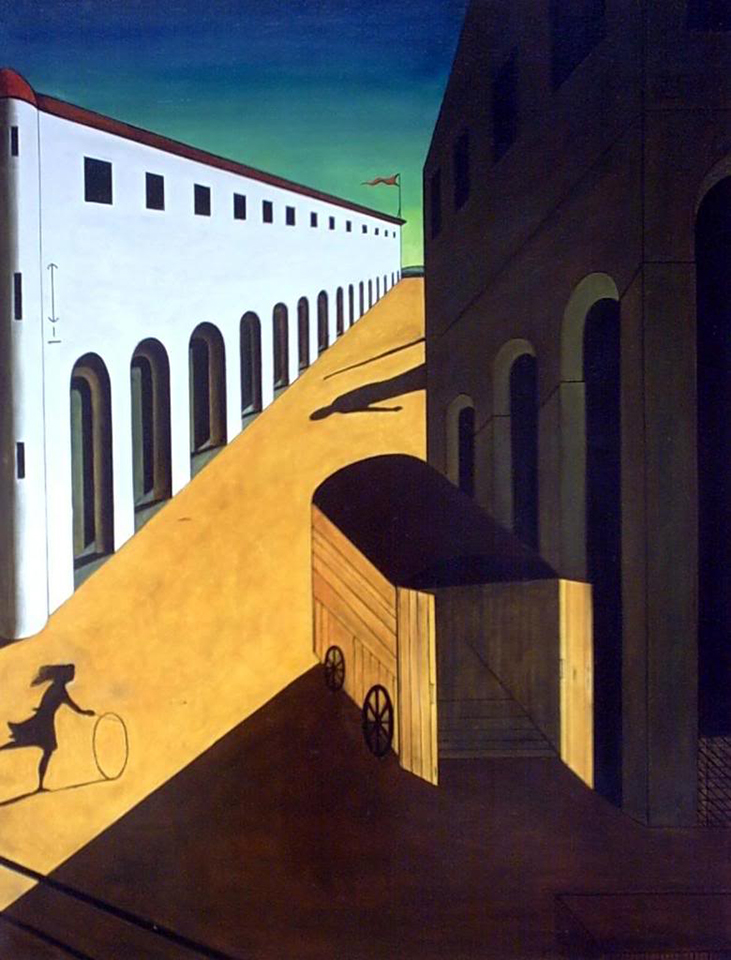 Mystery and Melancholy of a Street, Giorgio de Chirico, 1914

Out on the empty piazza, a young girl

With wispy hair trailing behind her in the wind

Runs while pushing a hoop with a little stick

Down Melancholy Street at midnight; her long

Skinny shadow jogging behind her into the

Square past an open wagon door where

Evil men with nets might hide; or a stick

At the end of string tied to crossed fingers

Or a burning giraffe standing still in the twilight

Hour under a deep aqua sky; or a darkly lit

House in an empire of light where bowler-hat

Men float in the clouds and locomotives roll

Out of fireplaces; or a place where Celebes

For wounded Papa and the Nervous

Grandmamas of Sumatra. These oils

On canvas can melt time in the deserts of

Salvador’s sinister skull; unlike a courtyard

Where a Greek stone head is rubber-gloved

To the disgust of Disquieting Muses dressed

Ancient red towers near a hill where a statue

While way out West in the wet streets of Soho,

Sacred monsters once hung out in sleazy bars.

What is it about these misfits whose illogical

Brushstrokes amuse us? Were they unwitting

Agitprop provocateurs for the Masters of the

The Host but instead remained atoms lost in the

Shadows of the underworld; or are their images

Nothing more than the emperor’s new tosh?

Picasso has a lot to answer to—or was it Bosch? 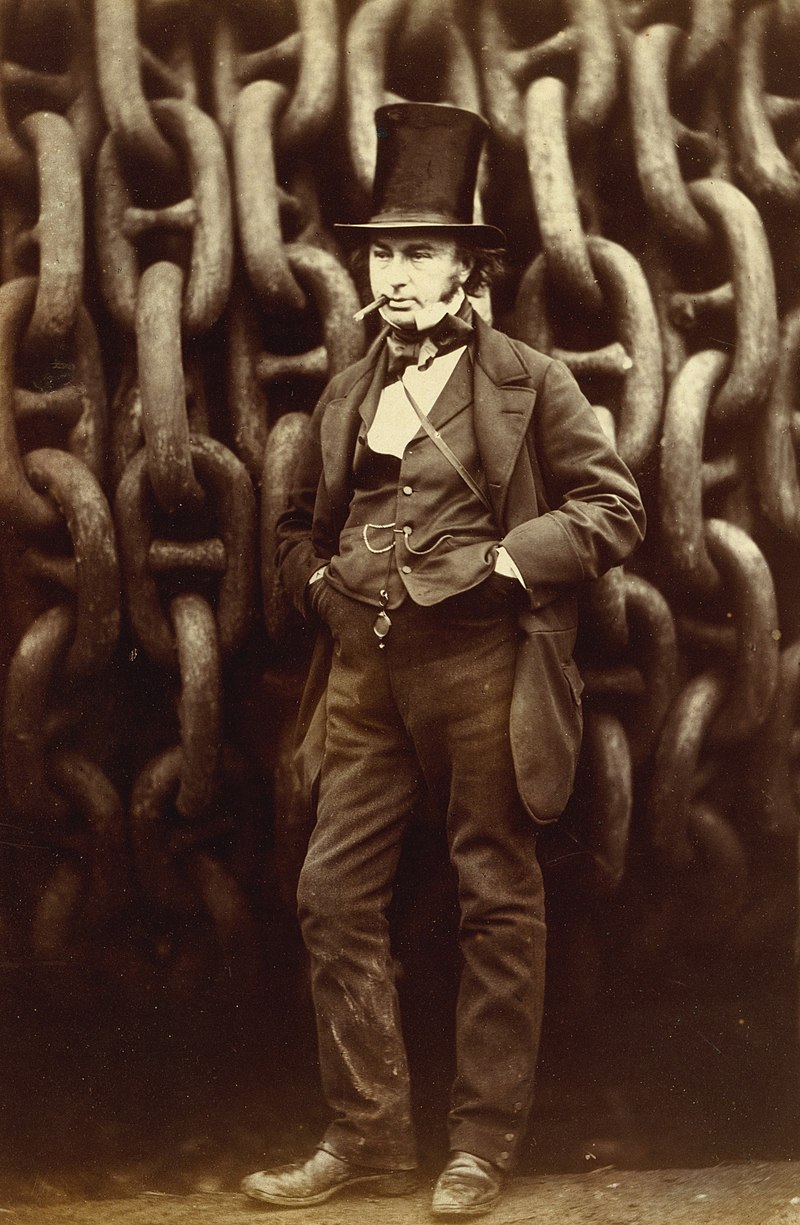 He wears an eight-inch stovepipe hat

Upon his head; a five-feet-one-inch giant

His name is Isambard Kingdom Brunel

See the monster chains hanging behind him

With links the size of Atlas’ globe

Into the cruel sea; but it’s not all ocean:

‘Go up to the mountain’, he commanded

And they quarried huge rocks and timber

To lay the foundations for the Great

Western dream of travel and adventure

Burrowing for miles under Britannia’s rivers,

mountains and valleys, to a place where

Rail-lines that stood the test of time

Tracks that would never bring a train to

Halt at the drop of autumn leaves or an

If he’s not in Heaven, is he building

Railroads out of Hell? Whatever the case: