In “Artémis” the world of strict pieties marked by obedience, floral offerings and votive lights, is met with a series of rejecting gestures rendered with a rebel’s pride. Whether or not one is in accord with the perspective, the vitality is unmistakable. Have darkness, the edge or the abyss—even in Baudelaire—ever had a more forceful spokesman? I find “El Desdichado,” probably Nerval’s most famous poem, a very different matter. Here the past and present, multiple identities with their incertitudes, declared apartness and melancholy, perilous effort, all co-exist with their differing lives. I find that the victory evoked at the end is not one that effaces but one that generates. It is the occasion of song at once ancient and new. What is fragile or tends to disappear may be given force or lastingness. Here across the sea of darkness itself is the sheer miracle and the service that becomes music. 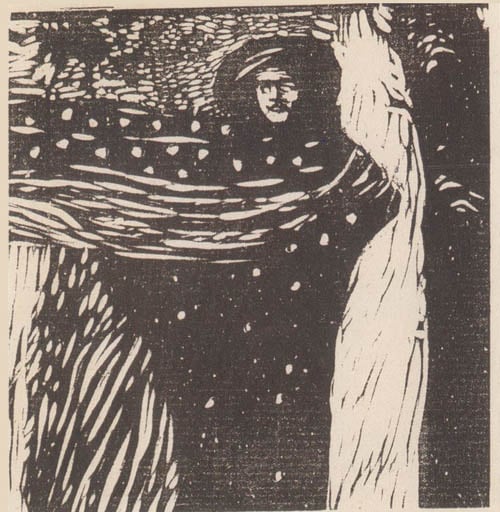 he thirteenth hour returns . . . yet it is the first,

And always the only one—or sole moment:

For are you, Queen, o you, the first one or the last?

Are you a king, the only or final lover?

Love the one who’s loved you from cradle to shroud;

My only love loves me tenderly still:

It is Death—or the Dead One—delight and torment!

The rose she holds is the Rose of Transport.

Neapolitan saint with your hands in flames,

Have you found your cross in a desert of Skies?

Tumble, you insult our gods, you white roses—

Come down, blank phantoms, from your burning height:

The saint of the abyss is more holy to my sight!

(Artemis or Diana was Goddess of Chastity, the Forest, and the Moon) 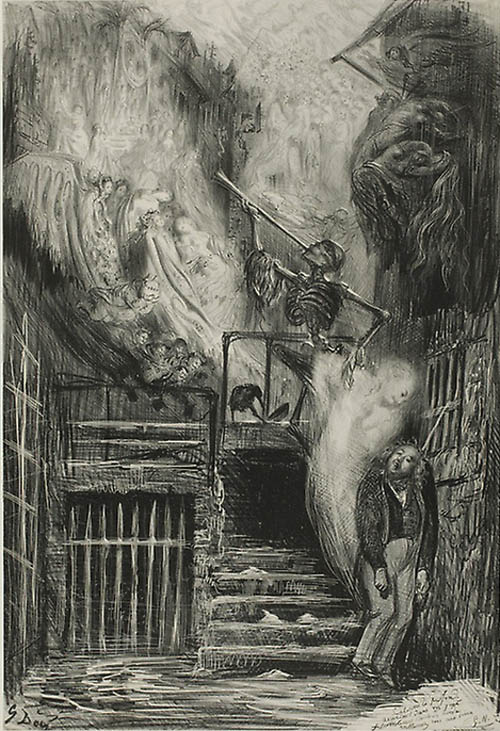 El Desdichado (The Desolate One)

Aquitanian Prince of the Abolished tower:

My only Star is dead—and my studded lute

In this night of Tombs, you who once consoled me,

Give me back Posilippo and the sea of Italy,

The flower that pleased my desolate heart

And the trellis where Vine and Rose unite.

Am I Eros or Phebus? Lusignan or Byron?

My brow is still red with the Queen’s kiss,

I have dreamed in the Grotto where sirens swim . . .

And, twice victor, I’ve crossed the Sea of Darkness,

Improvising on Orpheus’ own lute