Two Statements from Wang Yi, Foreign Minister of the People’s Republic of China 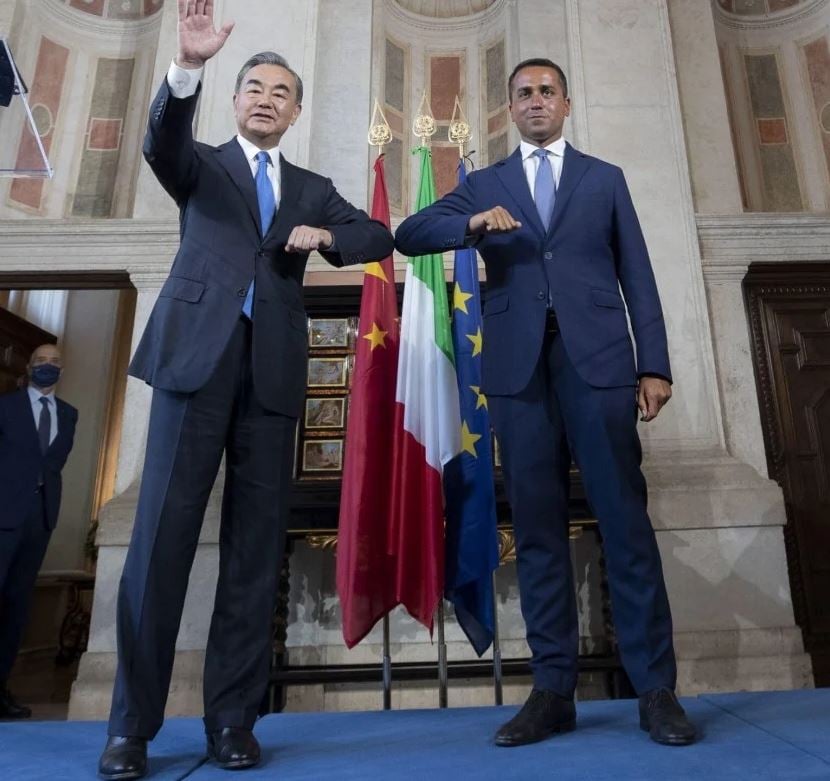 Friday has always been an important day in the history of the People’s Republic of China, since the May 1st, May 4th, and May 5th anniversaries occasionally fall on it. Today, however I am dealing with fallout from the closure of the Chinese consulate in Houston. I am doing this by praising Italy. Of course, I don’t praise Italy myself. For China’s Foreign Minister and a state councilor to openly praise anything other than a domestic statistical achievement would be to subtract unpardonably from the people’s store of self-containment. Instead, I had my deputy Le Yucheng talk about ‘win-win cooperation,’ a phrase appealing to western capitalists since it doesn’t mention intellectual property theft.

In relation, I held an important strategic briefing with a midranking cadre who, though in all manner incompetent, I tolerate for her inscrutable face. She has the expression of a severe mannequin trying to hold in a fart. The six-and-a-half-hour briefing concerned key matters economic, domestic, and Houston. It was a short get together since there was a documentary on TV I wanted to stop the whole country watching. In these non-televised meetings my presentational style is more informal. The bullets I use to illustrate successive points are mere blanks.

The cadre brought the meeting to a close with a display of fawn not seen since CCP directive 13,905B formally merged lick with spittle. However, her deference still lacked that sufficient element of obvious fear. I chided the individual concerned by reminding her our marriage is hanging by a thread. She wept and begged me not to leave. I reassured her with several minutes of ice cold silence. I then promise-threatened her that decoupling would be self-defeating for us, China’s peaceful rise, and, somehow, the world economy. This seemed to calm her down and she more appropriately comported herself as the smaller partner in a historic bilateral relationship.

Most work at the Foreign Ministry is a matter for stern delegation. I issue instruction through the medium of eyebrow raise. The 1,415 officials who line up to bow every day at the Ministry are vetted for their knowledge of global geopolitics, signs of genuine confusion when confronted with alternative political systems, and their fluency in the facial semiotics of Wang Yi. Of course, there are inevitable unforgivable mishaps. A vice vice vice minister at the Department of Latin American Affairs once, misreading my suggestion that he up his tweeting game, subsequently brought an actual wolf and terracotta warrior to a departmental press conference. Scenes of the semi tranquilized beast micturating on a priceless relic tainted decades of being the world’s growth engine. 400 million Chinese demanded the official’s merciless rebukement. A note was made of their names and addresses. [End of statement]

Canada is one of those big-geographed countries that unpardonably mistakes having 10 million square kilometers for having ten million threats upon which it can act. The People’s Republic of China has and will use both during its long harmless peaceful rise. I was originally of a Foreign Minister and state councilor mind to be partial toward Canada, because it shares in common with the Chinese People one immutable value: it has a red flag. (Though, as my midranking cadre noted during a recent sparse mostly silent family meal, it is despoiled by the logo of a syrup producing corporation. “How North American!” she clucked. I stared.)

We Chinese also devised that small country’s name, and those who claim that Canada is not an abbreviation of the 19th century Chinese people’s hopeful refrain, Canadambebuiltovertheyangtze? do irreversible damage to their China-smaller country ties. So from the outset I harbored no prejudice against this underpopulated, largely uninhabitable, mere geographical expression ‘nation’ of kindergartener historical age. None at all.

But of late, China-Canada relations have soured. To the point where that part of North America has mysteriously disappeared from world maps and the CCP has thrashed tariffs onto snow and geese. In cooperating with a US request for the detention of a Huawei executive, Canada fails to adhere to the rising trend of International Law with Chinese Characteristics.

China never seeks special treatment, just fearful consideration. This quite reasonable expectation of tremulous respect was not in evidence at a recent press conference in Ottawa, when my Canadian counterpart—to put it diplomatically—failed to stop the invited press from phrasing their questions in a manner deemable as insulting to the nethermost feelings of one point four billion ordinary nationalists.

“Have you been to China?” I demanded. “Do you know what has happened in China? Do you know how many people have been lifted out of poverty and into surveillance? Do you know that we have achieved the greatest transfer of basic material comfort in exchange for personal liberty in human history? Do you know that there are more Chinese children learning the piano than there are piano keys in the rest of the world put together 1.4 billion times? Do you know that our middle class is bigger than the science of statistics was ever built to handle?”

I continued in this vein until I extracted a shake of the head before turning to address the other human scum. A note was made of their names and addresses. [End of statement]