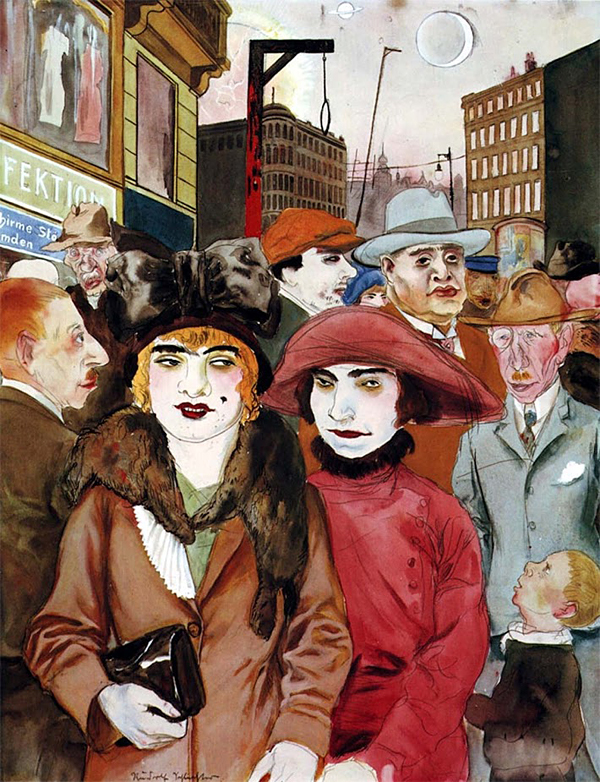 I have been staring at the famous illusion known as the Necker Cube Ambiguous Figure. Somewhat incongruously, this led me to consider the antics of the person who was elected US President in 2008 and stayed in that position for a seemingly interminable eight years. He and his “scandal-free” administration are an enigma difficult to entirely solve. The actions of this person, chosen by the American electorate to be chief executive, and of those individuals he surrounded himself with, including a person who ran unsuccessfully against the current chief executive, have always incited, in me at least, a strong sense of ambiguity about his (and their) real motivations. 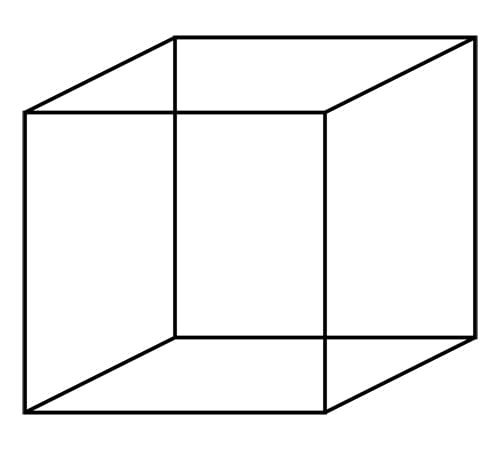 Let me explain what I mean. The Necker Cube belongs to the class of illusions (there are many such) whereby a two-dimensional figure can be seen in two or more sharply distinct ways. This illusion can appear as a cube oriented in different directions, or simply as a flat 2-D pattern. Which is it? My question about the above-mentioned deep state agents is similar. Do the actions of these people emerge from utter corruption or just plain stupidity, or is it that they have no inward life at all, like a two-dimensional figure?

In the introduction of the 1912 Everyman edition of the deceptively haphazard novel by Lawrence Sterne, The Life and Opinions of Tristram Shandy. The introduction, by George Saintsbury, a once well-known writer and literary historian, makes the following deft observation about Sterne’s daughter:

Only an utterly corrupted heart, or an incurably dense or feather-brained head (italics added), could hide from her the fact that not a few of the English letters she published were damaging to her father’s character.

Saintsbury here succinctly pinpoints an enigma that pervades our own times and perhaps all times. Note though that the connotation of “utterly corrupted heart” could exclude or include “incurable dense or feather-brained head.” And it may be that there is some kind of continuum ranging from stupidity to wickedness. Some people oscillate between these two poles; between which perhaps everyone should be cognizant of the danger of sliding.

Are the actions of some of the ruling controllers utterly corrupt or just dense and feather-brained? And certainly, the same can be asked of a whole range of people who like to think of themselves as liberals—or something worse.

Let us observe the current batch of Hollywood movie idols or even some of the political and media hacks whose argumentum ad Trumpum, usually dispensed with theatrical grimness, infects their every word and action. One is constantly beguiled by the question “are they one or the other or both?” Do they have utterly corrupted hearts only, or are their heads incurably dense or feather-brained only? Or do they give vent to both these attributes, obligingly coiling in and out of their peculiar oozings to suit the current moment of their often rabid fantasies? We might also want to know whether they practice such buffoonery at home or do they just play buffoons on TV?

About the pronouncements of the movie stars whose expertise rarely stretches beyond their rabbit-hutch corner of the motion-picture industry, I think we can say that they have mainly feather-brained heads; typically perhaps, they mean no real harm. They say stunningly preposterous things to keep their names before those members of the public who have heard of them, or for virtue signaling amongst their occupational chums and playmates (perverted or not). Some exceptions exist, as when the silliness spills over into real nastiness of a kind that might lead to physical harm. But a cursory perusal of the emanations of these individuals suggests that they are not so much utterly corrupted, just feather-brained and incurably dense. Often, it seems that the “greater” the matinee idol or their female counterpart, the more insufferable they are when voicing “their” reflections about the strange world they inhabit, or the real world beyond their ken.

Just a thought, but conceivably it is the “great” actors who have less integrity, whose center is less able to hold, since their special skill is always acting out someone else

But what about their ideological cousins, the media news-readers and opinionistas? These inveterate pravdaists bombard us daily with floods of propaganda of biblical proportions. For those without the foresight or wisdom to don metaphorical scuba equipment, the flood of nonsense drowns out sense and pushes the devoted viewership and readership towards fearfulness and a blinkered ideological vision. Surely, such behavior qualifies as utterly corrupt. The lies, whether of commission or omission, come thick and fast, especially since the election of the 45th president. They came thick and fast before, of course, but now finding anything other than misinformation or manufactured reality is a hopeless task. These people spout untruths so regularly and habitually, that they may have lost the ability to know themselves the deceit value of their utterances. Their characters have been etched through repeated practice—through habituation—as Aristotle argued. If they could just manage to sport flashes of silence, their output would be so much more agreeable.

A significant portion of “academicians” may be genuinely and utterly corrupt, of course. It is these moles (or segments of at least the “humanities” and cadres of administrative reprobates within this nest of bolshies) from which the rot spreads outwards. The media assailants have been trained by these progenies of Gramsci, a dedicated band of misfits who intend the larger society no good at all. But again, even here, it is not easy to differentiate between those with utterly corrupted hearts or those with merely feather-brained heads. And this is so because we cannot see their insides laid bare. And if we saw them flayed, while certainly altering their persons for the worse (as Swift might have put it), we might not be any the wiser, although the spectacle, condign punishment or not, might provide satisfaction for some.

This is an ancient puzzle. Inhabitants of ancient Mesopotamia must have engaged with it, since the earliest flood stories, dating from at least the third millenium BCE (well pre-dating the written account in the book of Genesis), tell of the struggles of the gods trying to deal with the evil spread by the utterly debased—and even with those sporting feather-brained heads whose noisy witterings disturbed their peace (of course, twitterings were unknown in the ancient world). The ancient Akkadian Epic of Gilgamesh, and an ancient Sumerian fragment of The Atrahasis, both depict the anger of the gods:

When the land extended and the people multiplied/ The earth was bellowing like a bull/ The gods got distressed with their uproar.

The bellowing like a bull sounds about right; this is the kind of noise associated with incurably dense windbags; media hacks take note. So, to reduce the evil or the noisiness (scholars have differed over the exact translation of the words from the original tablets), Enlil, the patron god of the city of Nippur, unleashed an epidemic, then a drought, and finally a flood (variations occur in the surviving fragments; in the Gilgamesh Epic, as in Genesis, only a flood is contrived to silence the evil and the hullabaloo). This would damp down the noise, thought Enlil, and would allow him to catch up on some much-needed rest. To prevent those who survived from repopulating too readily, the mother goddess sent down proto-Malthusian remedies, including infant mortality, celibacy and infertility. In the Genesis account, Noah and his sons are instructed to “be fertile and increase and fill the earth.” This sounds very much like an intentional rejection of the population-control plans mandated in the other ancient tablets. But the “bellowing like a bull” of the incurably dense rioters and their sponsors is with us still.

Perhaps there is no simple answer to the question, given that we cannot see directly into the minds or hearts of such people. Do they know themselves whether their behaviors stem from utter corruption, or are they just too dense to know how far in blood they are steeped?

We are left with a Wittgensteinian evasion, “There are, indeed, things that cannot be put into words. They make themselves manifest.” And the Necker cube illusion makes itself manifest and still confounds the observer; which way is it oriented? Or does it just represent a flat surface of two dimensions? And likewise, we could grasp at the forlorn wish that these people are not real, just nightmarish two-dimensional projections on the cave wall of our imaginations. We could wish.