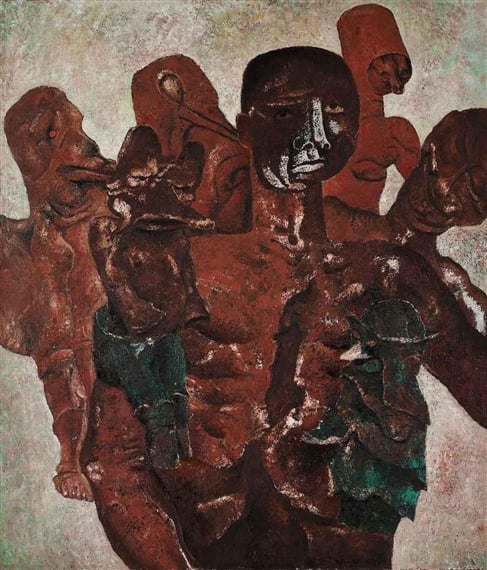 In 2008, Editions Gallimard published Le Génocide Voilé. The author, Tidiane N’Diaye, is a Senegalese anthropologist and economist, living in Dakar, the capital of Senegal. The book was introduced with this summary:

The following is my translation of the above paragraph:

The Arabs have raided sub-Saharan Africa for thirteen centuries without interruption. Most of the men they deported have disappeared, due to their inhuman treatments. This painful page of the history of Black people does not seem to have been completely ended. The beginning of this treatment of the Blacks began when the Arab Emir and general Abdallah ben Saïd, imposed upon the Sudanese a “Bakht” (an agreement) in 652, forcing them to furnish hundreds of slaves annually. Most of them were men who were taken from the people of Darfur. That became the point of departure for an enormous human operation that continued officially until early in the 20th century.

Philippe Triay, a French writer, sent questions about this subject to Mr. Tidiane N’Diaye, who graciously answered them. They were posted on 30 April 2015, under the following title: L’autre esclavage: un aperçu de la traite arabo–musulmane (The Other Slavery: An Overview of the Arab-Muslim Slave-Trade).

The following are excerpts from Tidiane N’Diaye’s responses: 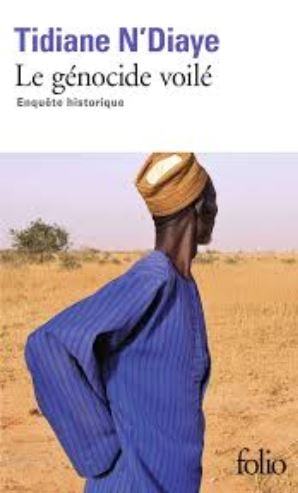 To date, the most analyzed and documented forms of slavery and the slave-trade, have been the Trans-Atlantic ones. Several essays, novels, and movies have dealt with the subject, allowing the public to learn about this tragic history.

However, Europe did not have a monopoly on the slave-trade. There were others, like the East African and trans-Saharan trades organized by the Arabs. Those were violent and devastating for Africans and their descendants, as were the Trans-Atlantic ones, that were supported by Islam and Christianity, for a long time.

My main concern is with the East African and Trans-Saharan trades. The reason for calling my book The Veiled Genocide is due to the massive castration of the African captives during the Arab-Muslim slave-trade.

While slavery has been known throughout history among all nations, and on all continents, what is less known is that the African slave-trade was inaugurated by the Arab-Muslims; it lasted around thirteen centuries without interruption. It was accompanied by a generalized castration of incalculable numbers of Black captives. Its impact was greater than the Trans-Atlantic slave-trade. The saddest thing about this historic tragedy is that most of the deported people were deprived of having any descendants, due to the policy adopted by the Arabs.

The Trans-Atlantic slave-trade lasted for four hundred years. Despite its monstrosity, and the humiliations that befell the captives, a slave had an inherent monetary value. His master wanted him to be productive in the long term. Thus, the goal was not the extermination of a people. Furthermore, the Arab-Muslim trade went on for thirteen centuries. Most of the men they had deported have disappeared from history. From the moment Africa had become the main source for the provision of slaves, in the collective Arab consciousness a Black person also became a symbol, or a synonym, of slavery.

In the Arab world, the notion of the basic inferiority of Black people took deep root, which explains the acceptance of the ill-treatment of Black captives, and the means used to deny them any descendants. The result is that in our day they have almost disappeared in Turkey, Yemen, and Iraq; and very few survivors can be found in North Africa and Saudi Arabia.

To learn about the heavy toll of that slave-trade, I compared the archives of these countries with the testimonies of explorers like Cameron, Stanley, Dr. Livingstone, and Mgrs. Lavigerie. I read as well, the horrific descriptions of the Arab slave-traders at the castration centers. I concluded that between 70% to 80% of the slaves perished. Combining the Trans-Saharan and East African trades, we arrive at a total of 17 million who were castrated. Some of them died or were brought alive to the Arab world and beyond.

The Arab-Muslim slave-trade was a veritable genocide of Black people. By way of comparison, around 70 million African descendants of the Trans-Atlantic slave-trade now live in the Americas; mainly in the United States, Brazil, and the Caribbean islands, while only a tiny minority of Africans have survived in the Arab-Muslim lands.

While there are no degrees in the classification of horrors, or a monopoly of cruelties perpetrated on human beings, yet the Arab-Muslim slave-trade was far more devastating for Black Africa than the Trans-Atlantic trade.

It is unfortunate that the Arab-Muslim slave-trade is little known or studied. It is puzzling that many would like the subject to be covered-up under a veil of forgetfulness for religious or ideological solidarity. It’s as if a virtual pact had been concluded between the victims’ descendants and their tormentors, leading to this denial. This silence, or the underestimation of the extent of the Arab slave-trade, results in a unique attention being focused on the Trans-Atlantic slave-trade.

Furthermore, Arab-Muslim intellectuals attempt to erase the very memory of this infamy, as if it had never happened! They fail to consider critically their own history and to debate such issues with their compatriots. African Americans who convert to Islam seem to be oblivious of the Arab-Muslim slave-trade as if any mention of this subject is an attempt to minimize the evils of the Trans-Atlantic slave-trade.

Thus, a veil of silence has for a long time covered-up a dark page of our common history, as we also observe this strange amnesia on the part of Black elites. They are wrong to ignore the memory of this genocide. Equally, it’s unscientific when they concentrate their attention, on the Trans-Atlantic slave-trade. By writing my book, I lift the veil over this dark page of our history. My book is a memorial for this martyrdom of Black people; their descendants must no longer remain hypocritically selective, focusing exclusively on Western crimes.

The subject of the maltreatment of African slaves was discussed at a conference on 25 May 2015. Among the attendees were Professor Salah Trabelsi of the University of Lyon, France, Professor Mohammed Ennaji of the University of Rabat, Morocco, Tidiane N’Diaye, and Professor Ibrahima Thioub of the University of Dakar, Senegal. The topic of the Conference was “1400 YEARS of history of slavery in the Arab-Muslim world and sub-Saharan Africa.” They asked: “Where are the descendants of the millions of slaves captured and deported to the East today?”

Professor Thioub recounted his experience at a meeting of African Muslim intellectuals who objected to his speech on the evils of the East African Slave Trade. Following his presentation, some of them told him privately that they agreed with his assessment, but he should not have dealt with the subject openly. It is noteworthy that all the participants were either from West Africa or from North Africa.

In France, the Official Channel TVLibertés, telecast on 19 February 2019, a discussion on Le tabou de l’esclavagisme arabo musulman (The Taboo of the Arab-Muslim Slavery):

The following is a translated excerpt from the program:

When the subject of slavery comes up, at school, on television or in political speeches, we hear almost exclusively of the slave trade organized by Western villains. There is never any question of another trafficking, however much older, much longer, much more important, violent, and deadly, namely the Arab-Muslim Slave Trade. Why this taboo and what does it cover up?

It was back in 2008, that Tidiane N’Diaye’s book was published in Paris, France. Twelve years later, the book is available in French only. In a sense, the veil has been lifted only in the Francophone world. Thanks to the interest and labors of West African and North African scholars in Francophone Africa, the subject has been frequently discussed at international conferences and taught at universities in West Africa and in France.

As I reflect on this matter, I wonder whether the reticence to publish an English translation is to avoid promoting a negative view of the Arab-Muslim history. At present however, it is Arab-Muslim scholars who have been re-writing the history of Islam (see embedded video below). Furthermore, the Internet has allowed many Arab intellectuals to deal critically with various aspects of Arab Muslim cultural and religious history, a phenomenon that could not have taken place when governments controlled the printed page.

Having grown up in the Levant as an Eastern Christian, whose ancestors lived as Dhimmis under Islamic colonialism for centuries, I am pleased to see the publication of The Veiled Genocide. The humiliations and deprivations inflicted on my forefathers pale into insignificance when compared with the sufferings of Black Africans. The least I can do for the memory of East-African and Trans-Saharan captives, is to share this information, gleaned from French-language presentations, of trustworthy, honorable, and brave African scholars.

Lately, severe criticisms have been levelled against the American society claiming that it has a built-in systemic racism especially vis-à-vis African Americans. This claim surfaces every time a shocking tragedy takes place in the country. It is salutary to remember that Americans have not kept silent about racial discrimination. They happen to be the very opposite the Arab-Muslims who ignore their part in the East African slave trade, and “attempt to erase the very memory of this infamy, as if it had never happened.

I need not refer to the Civil War that cost the lives of thousands of Americans in order to eradicate the evils of slavery. American society, as well as all other Western countries, are far from perfect. However, due to the impact of Christianity, they have confessed their past evils since confession is part and parcel of the very essence of the Christian faith.

__________________________________
Bassam Michael Madany is an Eastern Christian living freely in the West where he enjoys the freedom to express his views and convictions. He believes in the right of every human being to live without fear of persecution on account of his or her beliefs. Having lived in his formative years in the Levant during the French Mandate, he benefited from studying at French Institutions, thus giving him the opportunity to have a window to the Western Civilization which is founded on the heritage of Jerusalem, Athens, and Rome. He is very concerned about the conditions that Eastern Christians face, due the rise of Islamism that seeks to erase the history and the presence of the original inhabitants of the Middle East.