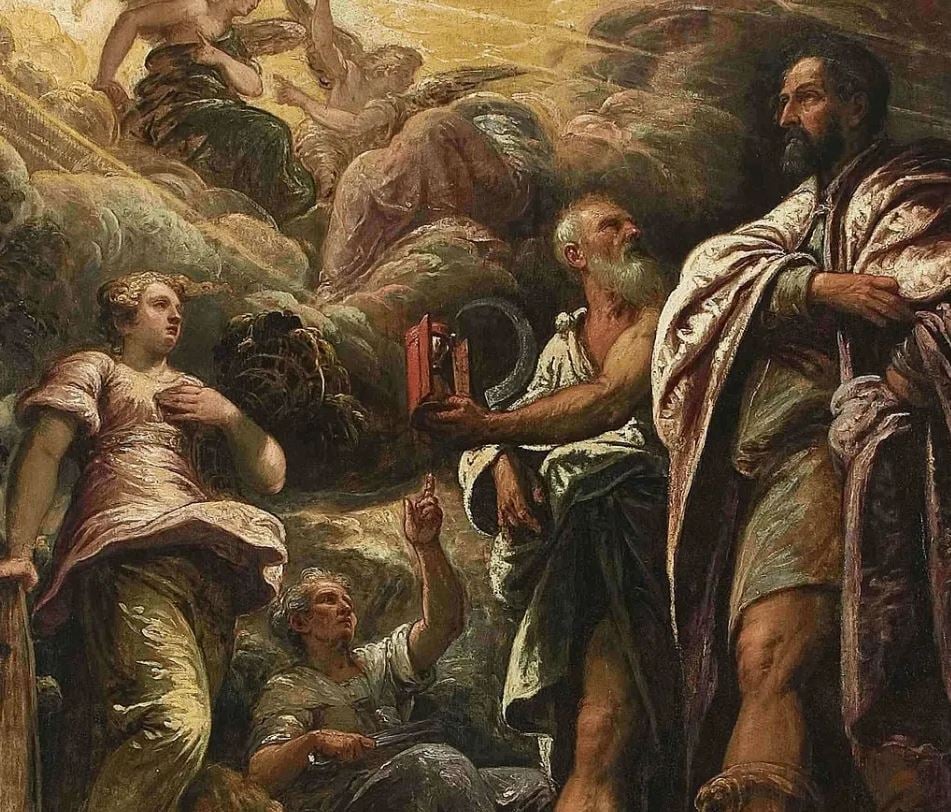 Allegory of the Morality of Earthly Things, Jacopo Tintoretto, 1580s

Behind the popularity of state planning is the philosophical theory of Utilitarianism. A negative perception of individuals as irrational and self-interested, and the positive perception of the state’s ability to achieve a societally-focused electoral mandate inevitably directs credibility to big government and state planning. Utilitarianism as a consequentialist theory is begging for both reform and nuance and, indeed, there have been many differing refinements to the theory throughout its history. What must be demonstrated however, is that the consequentialist characteristic of the theory is present in all versions of Utilitarianism and thus its tendency to lend credibility to state planning is universal. This is its principal flaw above all else. Weasel words cannot caveat their way out from under this flaw with new and modified versions of the original philosophy. The Austrian school of political-economy illustrates perfectly how the power invested in the governments and nanny-states is based on a false pretence of competence and the vice of arrogance. These failings lead to inadequate outcomes at odds with Utilitarianisms goals.

Consequentialism—a characteristic of ethical theories where the merit of an action is dependent solely on its outcome—cannot work on the unit of the individual. There is no greater good in one person. Therefore, a decision with utility in mind must take into account many individuals to maximise good. How can an individual with the common good in mind make a beneficial decision? Because of his lack of information, he/she cannot, and if they can, poorly so. But the common good and utility-maximisation are still desirable. The State, with its bureau of statistics, regular censuses and an army of public servants which are essentially research staff would be better suited than individuals to summate individual levels of utility, measure the potential impacts of their decisions and enact Utilitarianism much more effectively because of greater knowledge—as if it were an “ideal observer”[1] (Hayek, 1960, p22). This is the foundation of Utilitarian support for state planning.

An example of this condescending thinking is the era in which Europe saw a general drift towards centralisation in the 1900-1960s. The government would control prices through a prices board, major industry’s outputs were pre-determined and planned, and high marginal rates of taxes were implemented because individuals were believed to be incapable of spending it to the most beneficial effect.

The government ran the economy in the name of the common good. In no way though did they it achieve a common good. This belief in a utilitarian common good founded on a misplaced belief in government’s ability in fact lead to poor utilitarian outcomes—things got worse across the board. For the Austrian Political philosopher Friedrich Hayek, the concept of perfect knowledge or government as an ideal observer is a “sham”[2]. In his 1960 work The Constitution of Liberty, Hayek outlines the ‘spontaneous order theory’ —that the economy that existed before state planning was attempted was always ‘a matter of chance, and the culmination of individual exchange’[3]. No government can know, and therefore price discriminate, each individual’s maximum willing price for a product such as clothing. To know this is impossible—the costs of finding this out is exorbitant and unrealistic. Whereas a private trade or transaction, between a buyer and seller, is only concerned with that trade, whereas the state-planned economy is concerned with the aggregate of such a product. Because of its knowledge deficit, the state will always produce more or less than the equilibrium output quantity, causing either shortages or surpluses; excess or wanting. Both of these outcomes are undesirable in Utilitarian theory.

Rodger Scruton furthers this criticism of the state’s knowledge. If Utilitarianism wants to increase the welfare of individuals than it must take into account an individual’s desire to see friends and family succeed over others or to thrive personally. He says “they [Utilitarianists] discuss ‘trolley problems’ and ‘life boat’ problems … eliminating from the situation just about any morally relevant relationship”[4]. Government action will by autocratic preference create winners and losers by reducing individuals to ‘arithmetic alone’[5].

There has been no exploration here of the many nuances that can be found in the many different forms of utilitarian theory. This is because it would be pointless to do so. The state planning fallacy discussed is universal to all branches of the theory and its consequences are at odds with the Utilitarian goal. Superfluous questions like hedonism may be well dealt with by the likes of Henry Sidgwick and John Stuart Mill in order to somewhat bolster the theory. However, utilitarianism is a naturally political philosophy. It simply can’t be implemented if not done so through the state. The state will get their planning wrong and therefore there will be want or waste—neither of which achieve the goal of a greater good.

Samuel Chamberlain is a political commentator who lives in South East Queensland. Other articles can be found here.