What Is Now Called Racism 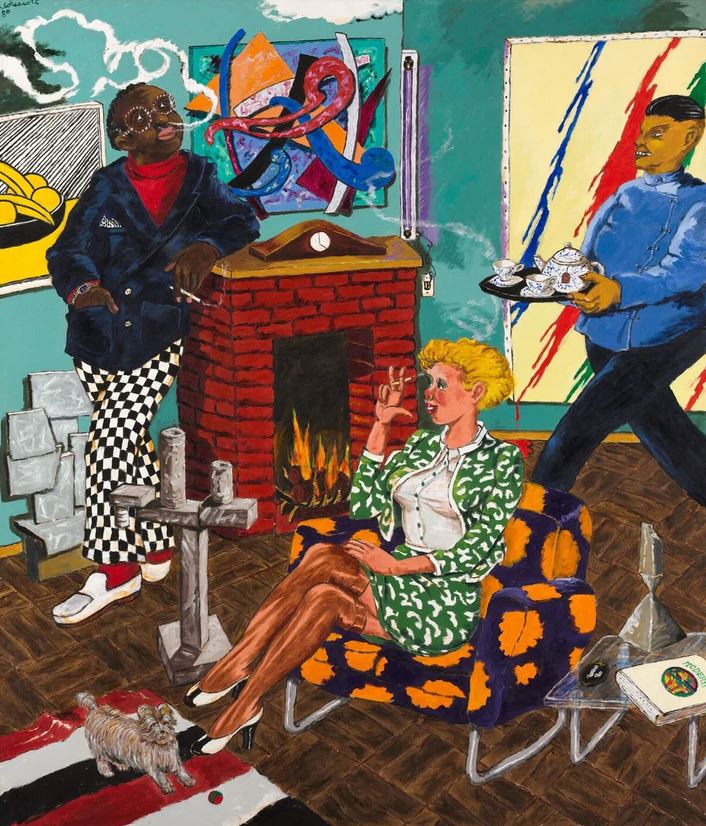 How racial relations in the United States have changed is often debated, but what is usually considered racism has absolutely changed over the past decades. During the 1960s, roughly the beginning of protests based on race, there was much more clarity as to what was discriminatory or racist.

At the beginning of racial protests, discrimination dealt with specific matters and sometimes what honestly could be considered less important matters. Where black people sat in a theater, where they sat in a bus, where they sat in a park, or what water fountain they drank from were all controversies. Theater seats, bus seats, seats in parks, and water fountains were provided for everyone, but races were kept somewhat separate.

Sometimes separation was more important because it was more complete. The lunch counter at the Woolworth’s store in Greensboro, North Carolina, a well-remembered example, served only white customers until it was forced to desegregate. The building is now a museum commemorating the desegregation efforts of that period. Following their beliefs in rights to property and freedom of association, owners of public places such as restaurants and hotels often openly refused service to black Americans until governmental rulings required changes.

The period of legally separate housing by race has been considered important because it allegedly caused the much lower accumulation of wealth by black Americans, but racial separation in housing remains common. This often occurs by reaching a tipping point at which the demographic mix completely changes. For example, suburban Prince George’s County, Maryland was more than 70 percent white in 1950 and now after tipping is less than 20 percent white. Also, excessive housing prices often are used to maintain racial separation in the alternate way. Chappaqua, New York, where the Clintons retired after his presidency, has a small population, and while it includes some residents with an Asian heritage, current statistics suggests that it completely excludes blacks. To cite another example, housing prices also tend to exclude black residents from the resort area of Massachusetts where the Obamas bought their costly seasonal home.

Another important separation has been education, and separation of the races in early schooling, at least, remains common and therefore important. A well-known fact is that urban public school systems consist very disproportionately of minority students, and private, often very expensive, schools have disproportionately white students. In special public schools with very demanding admissions standards, pupils from an Asian heritage dominate enrollment, and consequently there are currently very strong pressures to weaken these standards.

While public schools lack diversity, in higher education there are no higher priorities than having a diverse enrollment and an inclusive faculty. This has been the case since the beginning of the race-based protests. The cases brought by De Funis and Bakke protesting discriminatory set asides for approved minorities date back to the 1970s. Barack Obama and his wife both hold two degrees from prestigious universities and probably benefitted in the 1980s, in some measure, from such set asides.

As part of the shift marked by a pro-minority bias, we now have very differently defined forms of discrimination. It is no longer, for instance, a specific bus driver, or a bus company, or the city that controls the buses that can be accused of racism, but rather something much larger.

Minorities say that they now cannot avoid racism because it is part of the entire system. It is systemic. Also, according to several highly promoted books, it is impossible, or at least virtually impossible, for white Americans to avoid being racists. This has been the dominant and largely unquestioned narration for some time.

Some of the new racism is simply an amplification of the old. A recent article in the New York Times was titled “Your Home’s Value Is Based on Racism.” (The article’s author is also the author of The Whiteness of Wealth telling how the tax system impoverishes black Americans.)

Some of the new racism is foolish. Mispronouncing the name of someone from an approved minority group is racist. (It is now almost mandatory to know that Kamala is pronounced comma-la.)

Certain words have to be appropriately revised to avoid the new racism. According to real estate sellers, the best bedroom of a house is no longer the master bedroom but instead the primary bedroom. A woman involved in the abolitionist movement is no longer called an escaped slave but instead someone who has escaped slavery. People of color is an approved phrase, but “colored people” is not.

Sometimes one comment on racism must lead to another. The health care system is institutionally racist, and racism is a public health crisis.

An outstanding illustration of what racism now means and what is considered the appropriate response is a policy statement from the Walt Disney Corporation. This very dogmatic document is the subject of “The Wokest Place on Earth,” a current account by the journalist Christopher Rufo.

Disney’s program centers on a series of training modules on anti-racism. Rufo quotes from these modules concerning the many issues raised by a company which was in the past long regarded as a standard of traditional culture:

As the central figure in 1984 says, “Freedom is the freedom to say two and two makes four. If that is granted, all else follows.”  There is a hierarchy of truth that should not be reversed.

PrevThe Judge, the Law Clerk, and the Hippogriff
Tamiko DooleyNext