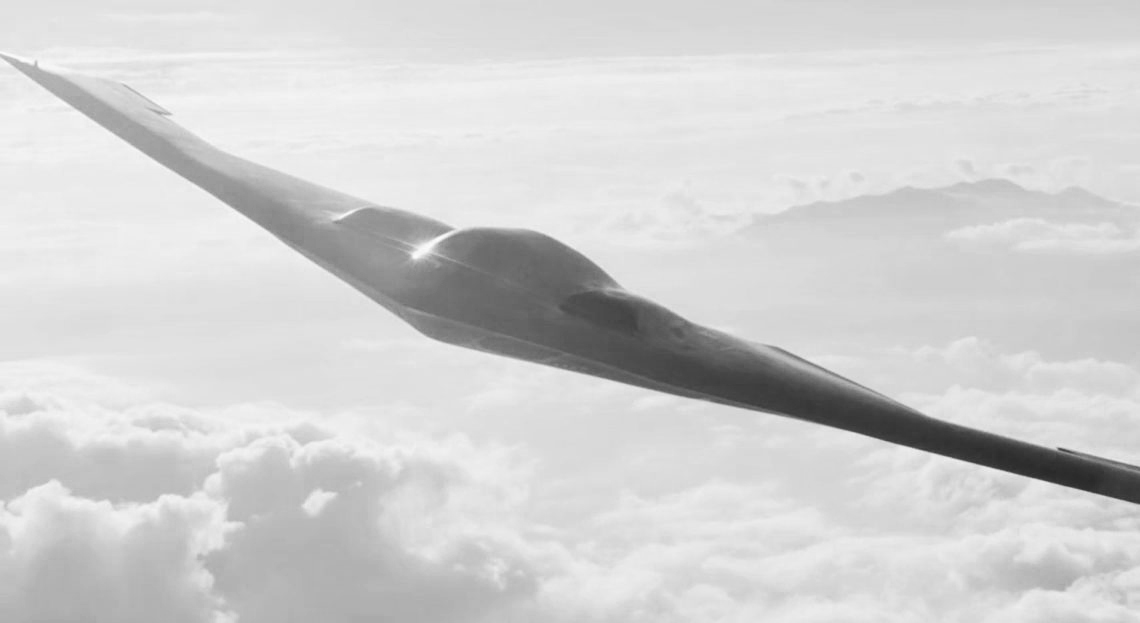 Iran has begun construction on a site at its underground nuclear facility at Fordo amid tensions with the U.S. over its atomic program, satellite photos obtained Friday show. —Associated Press, December 18, 2020

Much remains unclear about the U.S. raids on the Islamic Republic (IR) on December 24th and 25th, pausing on the 26th before resuming and ending the next day.

The operation was dubbed “Enduring Safety” in a broadcast from the Oval Office on Christmas Eve by President Donald Trump.

According to illicit Twitter feeds in-country a nationwide collapse of the IR’s electrical grid took place on the 24th and continued until after the windup of bombing. It has been speculated that graphite or so-called “soft” non-lethal bombs were dropped on or planted at targeted facilities including those powering radar and anti-aircraft installations.

Pentagon spokesperson Lt.-Colonel Heather Mathews declined to comment on this but stated that the raids were carried out by a squadron of B-2 stealth bombers taking off from Diego Garcia in the Indian Ocean. The B-2 is the only aircraft capable of delivering the Massive Ordnance Penetrator (MOP), a 30,000-pound projectile designed to burrow into and wreck underground fortifications and their contents such as the one at Fordo. Accompanying the B-2s were three squadrons of all-weather stealth multirole F-35s based in Abu Dhabi.

Pilots of both the B-2s and F-35s included women and Blacks, according to Mathews.

The hiatus on the 26th was to allow for the collection and analysis of satellite imagery determining the effectiveness of the bombing and need for any finishing touches which were put in on the 27th, she said.

Targets included Fordo, the uranium conversion plant at Isfahan, the Arak reactor, the  Natanz enrichment plant and the Bushehr light water reactor. Mathews indicated there were other targets which she was not authorized to name but that no IR military or Islamic Revolutionary Guard Corps (IRGC) bases were hit.

She denied Twitter postings according to which cruise missiles were used to knock out IR surface-to-air (SAM) batteries and would not confirm or deny the use of MQ-9 “Reaper” drones carrying “Hellfire” missiles such as were reportedly used in the assassination last year of Qasem Soleimani, a major general in the IRGC.

According to Mathews all planes returned to base undamaged. IR spokespersons have claimed that four B-2s and nine F-35s were downed and 11 crew members taken prisoner. However so far they have made no evidence available. They have also claimed that thousands of civilians were killed and tens of thousands injured, either directly from the bombing or as a result of damage to water, sewage treatment and hospital systems from a blackout. Mathews claimed such collateral damage came to less than a hundred dead or injured, mainly nuclear technicians and security personnel.

Every death and injury was regrettable, she added. But as a consequence of Enduring Safety hundreds of thousands if not millions of lives throughout the region and the world had been saved.

Not immediately but on December 27th condemnatory statements were released by President-elect Joe Biden’s office which called the operation “unhelpful, unwise and a mistake,” while Vice-President-elect Kamala Harris’s office branded it a “grave violation of international law.”

The lead editorial in the New York Times on December 26th, headed “Sowing the Wind,” predicted the “fallout” of Enduring Safety would be Trump’s enduring legacy, along with the “killing” of the Joint Comprehensive Plan of Action (JCPOA) and the half million Americans who would be dead by the time the Covid pandemic he had made light of and done nothing to combat ended.

Signed by the IR and the Barack Obama administration in 2015 and withdrawn from in 2018 by Trump, the JCPOA placed limitations on the IR’s nuclear program.

Condemnation was voiced across most of the U.S. political spectrum.

The reference seems to be to the International Criminal Court in The Hague which prosecutes those accused of war crimes, crimes against humanity and genocide.

Dr. Noam Chomsky, professor of linguistics emeritus, M.I.T., seconded Assad’s demand, but in an interview with the Nation magazine went farther: “A crime worthy of Hitler or Kissinger. I’m reminded of the Christmas bombing of North Vietnam.”

He was referring to the U.S. bombing of Hanoi in December, 1972, urged by national security advisor Dr. Henry Kissinger and ordered by the late freshly-reelected president Richard Nixon after North Vietnamese negotiators left talks with Kissinger in Paris aiming to end the Vietnam War, or at least U.S. involvement.

Chomsky professed himself unsurprised by Trump’s move and by “glaringly obvious Israeli complicity if not instigation.” He recalled Trump had already exited the Paris Climate Agreement on global warming. “Say what you will about Hitler, Stalin and Mao, they had limited objectives,” Chomsky was quoted. “They didn’t seek to kill every man, woman and child on the planet.”

But other than Assad and Iraqi Prime Minister Mustafa al-Kadhimi, who also called for Trump’s extradition to The Hague, no Arab head of state has issued any comment on Enduring Safety.

Some of the largest “Death to America, Death to Israel” demonstrations in years took place in Tehran and other IR cities. However, the Strait of Hormuz was not blocked, no U.S. bases or Saudi oil fields were rocketed and while IR allies Hizbollah, Islamic Jihad and Hamas fired missiles at Israel all were either intercepted by the Iron Dome system or fell in unpopulated areas.

The only Israelis to be hurt in retaliation were in a group of tourists at the Four Seasons hotel in Bahrain——two were killed, nine injured in a suicide bombing claimed by the Ayatollah Khomeini Martyrs Front, a previously-unknown organization.

Anti-Trump and anti-U.S. demonstrations abroad were not massive. Police estimated turnout in the low thousands for those in Trafalgar Square in London and the Place de la République in Paris.

The event in Paris led to clashes between demonstrators and members of the National Council of Resistance of Iran (NCRI), an exile group whose terrorist designation was removed by then-secretary of state Hillary Clinton in 2012 and whose program champions multi-party democracy, the abolition of the death penalty, separation of mosque and state, equal rights for women and the end of nuclear weapons development.

Meanwhile, in Rabin Square in Tel Aviv, named after the late general and prime minister Yitzhak Rabin assassinated by a fellow Israeli Jew, throngs defied rain and Covid stay-at-home orders to dance the hora. Most of the revelers were young, mask-less, clean-shaven, tattooed and bareheaded.

This was the same demographic as had for much of last year used the square as a weekly venue for “Bibi ha-byeta” (“Bibi Go Home”) demonstrations addressed by opposition politicians such as the masked, bareheaded, clean-shaven Yair Lapid, an ex-TV talk show host and chief of the Yesh Atid (There Is A Future) party. However, immediately when Enduring Safety was reported Lapid cheered it. The weekly anti-Netanyahu events in Tel Aviv and at the prime minister’s residence in Jerusalem have since resumed.

Only the Ha’aretz daily, known as “Israel’s New York Times,” condemned Trump’s “escapade” and predicted it would backfire.

In the U.S. as well most demonstrations were not large. Observers attributed this to a record-breaking cold snap, unprecedented rates of Covid infection and demonstration fatigue. A mass protest in Times Square on December 27th called by Jewish Voice for Peace and Code Pink, when temperatures were below zero, drew only several hundred, and while the traditional non-political ball-drop four evenings later (“2020 Good Riddance!”) did better, police estimated just a fraction of the normal million attendees.

Most analysts agreed the attacks would make it more difficult if not impossible for the incoming U.S. administration to negotiate a return to the JCPOA, and some said that was its purpose.

However, Dr. Leah Fang, head of the IR desk at Gray Matter International, a Washington, D.C.-based consultancy and think tank, said they may actually help it negotiate an enhanced version of the JCPOA.

She claimed Enduring Safety had not surprised her, given that on November 12th, soon after the U.S. elections, the New York Times published a story according to which outgoing Vice President Mike Pence and outgoing Secretary of State Mike Pompeo had dissuaded Trump from attacking the nuclear sites out of fear it would unleash a regional conflagration. This she suspected immediately might be disinformation communicated to lull.

In a New Year’s email to clients she wrote that the bombing might pave the way for “JCPOA 2.0.”

She could not confirm a rumor according to which an ultra-encrypted Zoom meeting took place several days before Enduring Safety in which Trump and his national security team and Biden and his, together with Netanyahu and Yossi Cohen, head of Mossad, finalized the operation. Likewise, she had no idea if at such a virtual meeting it was agreed the outgoing administration would take full responsibility and blame and, if any, credit while the incoming deplored it and disassociated itself.

However, she would not rule out the truth of either whisper.

On an unrelated question, Dr. Fang, whose wife is designer Sylvie Nkrumah, reckons several thousand gays and lesbians have been executed since 1979 when the late Ayatollah Ruhollah Musavi Khomeini came from Paris to establish the IR. She grants that most of the LGBTQIA+ (Lesbian, Gay, Bisexual, Pansexual, Transgender, Genderqueer, Queer, Intersexed, Agender, Asexual and Ally) persons convicted of unnatural sex acts by religious courts are just flogged. However, she estimates that since the Islamic Revolution between 4,000 to 6,000 have been put to death. Although this is sometimes accomplished by stoning, sometimes by throwing off cliffs, the chief method is by hanging, not on a gallows where a trap door ensures near-instant death but hoisting from cranes so as to induce and prolong strangulation.

Foreign Minister Mohammed Javad Zarif, the IR negotiator who worked with Kerry and Sherman to write the JPCOA, has justified the executions, reminding critics that societies have an obligation to uphold  moral principles. Dr. Zarif is a graduate of San Francisco State University (B.A.) and the University of Denver (M.A., Ph.D.).