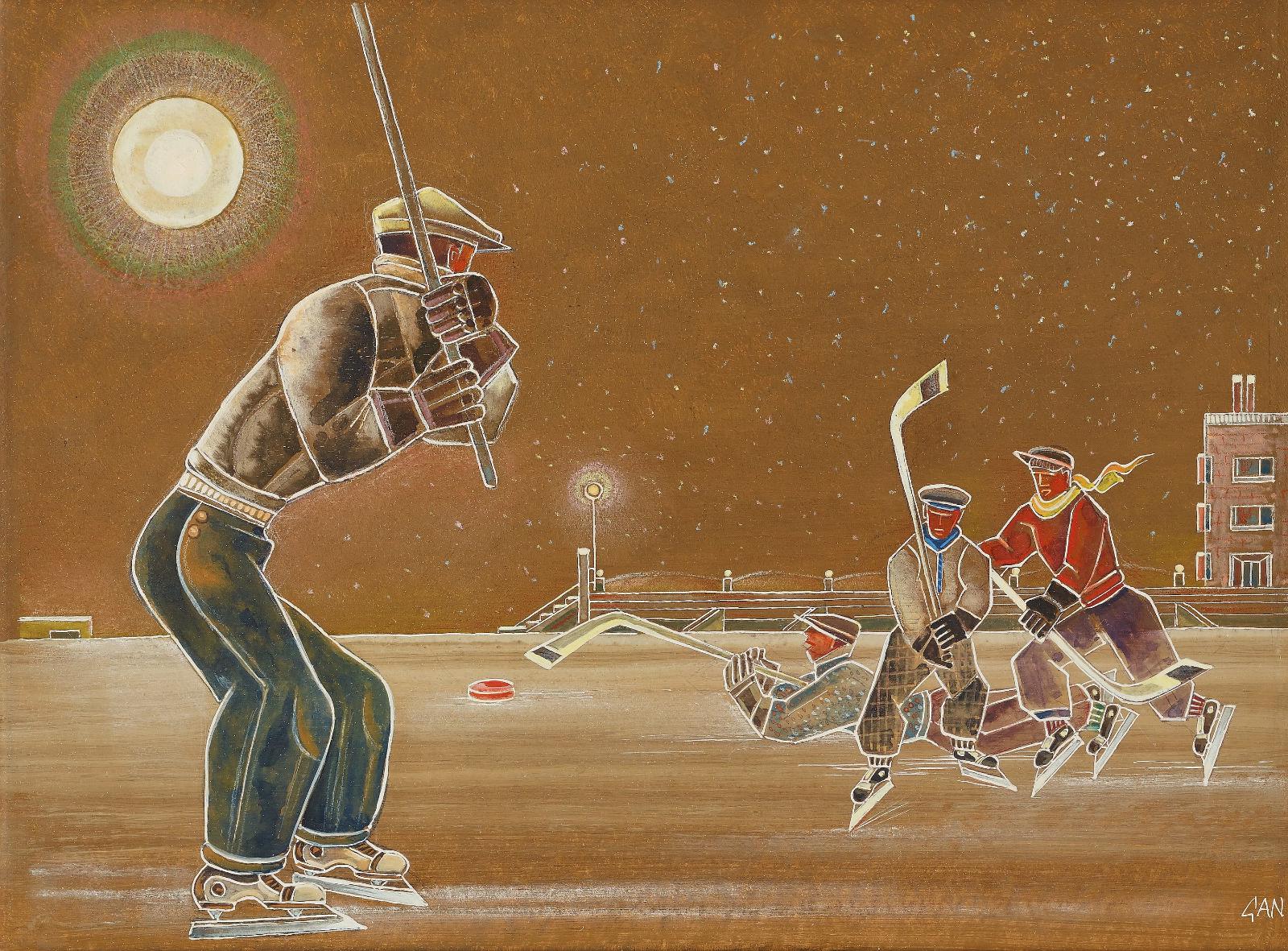 Morton Waxman tapped gently on the door to his father’s study on a quiet Sunday morning. “Dad, can I talk to you about school stuff?”

“Certainly, Mort, have a seat.” His dad, Michael Waxman, gestured at a swivel desk chair to his right.

“Dad, I’ll be going to high school after this summer. I need to check off what kind of extracurricular activities I want to do.”

The senior Waxman smiled, “Well, what have you decided?”

“I don’t know yet. What did you do when you were in high school?”

His dad leaned his chair back making the springs squeak, “I was in the male chorus, the yearbook committee, the prom committee, and I played hockey.”

“Up to the middle of my junior year. I was on the JV team and played every game.”

“It was time to consider applying to colleges, and I had to take the practice SATs. My grades were good but they had to be better if I wanted a decent pre-med undergrad college.” It was mostly true, he thought.

“Yeah, you and mom are always telling me grades come first. Did you stay with the Male Chorus?”

His father smiled, “Right through to graduation. It was fun and less time consuming than hockey. We were in several musicals: Oklahoma, South Pacific, Kiss Me Kate, and Guys And Dolls.” All of that was fact.

His father heard the aside. His wife Barbara had wanted to name their first son after him. Instead, they settled on her father’s name Morton. Today he wondered if that was because the name Michael reminded him of a part of his adolescence, he didn’t like to relive either in thoughts or dreams. He didn’t want to risk transferring anything he didn’t like about himself to his son.

Michael Waxman reflected back to the 1950s. Hockey didn’t turn out to be such a “wow”. I don’t think I should ever tell my son what really happened, he mused. However, he couldn’t help remembering.

Michael Waxman started high school in 1955. His nickname was Mike to his friends and classmates. As a youth most of Mike’s friends were Italian. They lived in the Little Italy section of South Medford, Massachusetts. Mike indulged in sports of which baseball and hockey were almost addictive. Learning to ice skate came easy to him and his light weight led to his fleet movements on the ice. It was natural that he and his Italian friends merged together as a first line team during their sophomore high school year.

One day in the locker room, their team captain, Guido Luongo, approached him. “Hey Mike, I got a shorter hockey stick for you with extra tape on the blade. You’ll be able to hook a guy’s skate better.”

“Yeah, thanks, Guido. I noticed Louie knocking them down pretty good.” Mike acknowledged that hockey was a rough sport. There were things a player had to learn. Body checking, fighting, and stick hooking were important parts of getting the puck ready for a goal shot.

Sophomore year was a success for the Italian team high-schoolers. The five skaters included Mike, Louie, Guido, Sonny, and Julio. The goalie was a bulky guy named Andy. They practiced two hours every day. Mike had plenty of time for Male Chorus and for his academic college prep program.

Guido often showed movies of other school and professional teams and how they used certain techniques effectively. Most of the things they learned were illegal. He spoke to his team two days before an important game with Stoneham High. “Their goalie has trouble seeing shots begun twenty or more feet from the net. So here’s what we’re gonna do.”

Louie stood up with a black hockey puck. “We grab the puck in play and substitute this puck.”

“It looks like any other puck,” Andy, the goalie, said.

“It’s regulation like the one in play,” Guido smiled. “But at room temperature it’s softer and can fly faster than the one frozen on the ice.”

The team practiced falling onto the puck in play and substituting their warm one so no one could detect their action. Sonny DePesquale was best at this.

The day of the game, Medford and Stoneham were tied two-to-two. There were only three minutes left to go. Guido addressed the team during a time-out, “Okay, Sonny you stick to Stoneham’s man with the puck. Fall on it about thirty feet from the goal. When you get up send the soft puck over to Mike. He’ll lateral it to Julio who’ll streamline line it at Stoneham’s goalie. He won’t see it coming.”

They won the game.

The team met afterwards at Sonny’s father’s restaurant, DePesquale’s Pizzeria. Guido addressed the round table just before their pizzas arrived. “Next week we play Malden High School. The Medford JV has never won a game with them. It’s up to us to break this streak and I know how we can do it.”

The hot steaming pizzas arrived as Guido continued, “We did good with the puck substitution, but Malden’s goalie has good eyes. We have to get real close to him to slam a puck for the score.”

“We gonna do the same thing?” Julio asked.

“No, this time it’s more complicated. We’re all gonna have pucks.” Guido lifted a piece of pizza and watched a melted string of mozzarella get longer as it approached his mouth.

Mike put his coke down, “What? All of us? How’s that gonna work?”

Guido scanned the silent team members, “This time Sonny will fall on the puck in play when one of you guys is close to the goal. The guy closest to the goal will then drop his puck and fire it past the goalie.”

Coordination and timing were critical. The Italian JV-members spent extra time on private ice away from any coach, perfecting their plan. The day of the game brought an excited student-packed rink waving the school’s blue and white colors.

Medford scored first. The Malden goalie was befuddled. He was watching the action forty feet away when suddenly a Medford player slapped the puck between his legs.

Malden scored three times, but Medford was still ahead by one goal. Five minutes remained in the game. Guido called time out. He faced his team, “I know we’re all pretty-tired. We can do one of two things. We can move the action around to have the clock time-out and win, or we can get another goal with our extra pucks to clinch the lead.”

Andy the goalie spoke first, “I think we should run the clock.”

They took a vote and the majority wanted the sequestered-puck play one more time. They went back on the ice. Both teams were body-checking, high sticking, and doing everything they could to take the puck away from the other. Malden scored a goal. The game was tied.

Guido motioned the team into position, “Okay, we do the extra puck play.” Less than two minutes were on the clock.

Medford had the puck and moved it around to get Sonny in position at mid-ice. Mike, Louie, Guido, and Julio were all near the goal.

Sonny saw Mike closest to the goal and fell on the puck. Mike reacted fast. He dropped his puck to the ice and sent it flying into the net. Julio was near him and did the same. Guido thought he was closest and fired his puck past the goalie. Louie couldn’t see the action but was only four-feet away from the net when he sent his puck past Malden’s flustered goalie.

The referee waved his arms while blowing his whistle. There were four pucks in Malden’s net. After a brief conference with the referees, a forfeit penalized Medford. The win automatically went to Malden. The crowd moaned and booed, mostly at the Medford team as they filed off the ice. The local newspaper, The Medford Mercury, ran the scandal as a headline.

The team appeared before the Principal and the Discipline Master the next morning. Principal Cormorant did not look happy. He looked from one player to the other and spoke mainly to Guido. “Your team has disgraced the school, the athletic department, and the entire student body. It’s the unanimous decision of the school board that you never play hockey or any other athletic sport as representatives of this institution.”

Michael Waxman’s reverie broke. His thoughts now resounded in his head as if from a loudspeaker at a hockey game. The voice was his and he held his breath as he heard each sentence. “So far in my life I have only one regret, only one thing I would do differently if I could do it again. I would have quit the hockey team rather than play a crooked game. I pray my teenage mischief will not be judged too harshly by those who know me today.”

He rocked a few times on his squeaky chair and whispered to his vacant study, “Someday I’ll have to release this story from the bondage of my past. Who would’ve thought that a teenager’s misdeed could lead to PTSD in adulthood.”