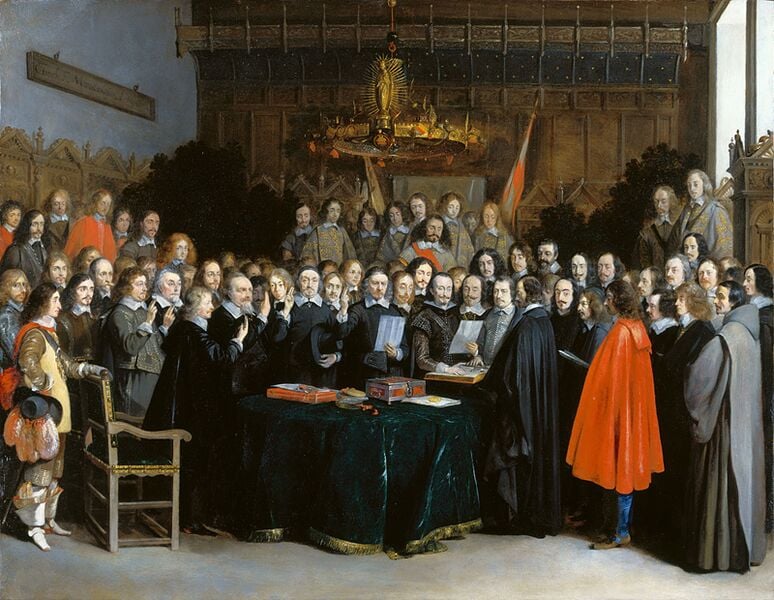 There can be only one way to gauge the success of a diplomatic initiative or doctrine. It must always result in more diplomacy. To do otherwise, to result in less diplomacy, must be regarded as a failure. This approach will allow a more dispassionate look at the record of accomplishments of our State Department.

If this is acceptable, then comes a proper question: what leads to less or truncated diplomacy? The answer should be obvious since it is so simple and clear-any and all things that cause those involved in a diplomatic interchange to stop listening and thereby, talking. Diplomacy is nothing if it is not talking. Our State Department’s Mission Statement should be different than that of our Department of Defense.

The many failures in the history of American diplomacy, and there are far more than the successes, have all been consequences of the United States giving unstinting cause for its opponents to stop listening. It has not always been thus. Until the end of the Theodore Roosevelt administration one is challenged to find diplomatic failures, with successes piling on one after another, underlain by the Monroe Doctrine and Manifest Destiny. Were it not for the realization of these principals, the American continent would now look like Yugoslavia, with France, England, Spain, Mexico, and likely Russia, sharing our soil. We will see soon what it was that contrasted this long chain of successes from the embarrassingly long string of failures thereafter.

With the implementation of the Wilson Doctrine the kiss of death was placed on Realpolitik, never to raise its relatively successful head. Unless one regards the vainglorious attempts of Nazi Germany as such. Wilson unwittingly saluted Realpolitik by claiming, in his War Message to Congress, that the US objective was “to vindicate the principals of peace and justice in the life of the world,” and that this would lead to a “new world order,” not appreciating that the old world ordered by Realpolitik was doing fairly, though imperfectly, well, thank you. Wilson’s naïve, misguided approach led rather to greater imbalances of power. The last of his 14 Points assured a new path for American diplomacy, fixing in stone the basis for virtually every subsequent foreign policy decision, whether war or not. It was a guarantee for “the political independence and territorial integrity of great and small nations alike”. It was this that led Bret Stephens, many decades later, to lament that it was one thing for the US to be the world’s policeman and another for it to be its priest. And therein lies the moral to our tale, that morality is what drives the party on the other side of the diplomatic table away. Morality is the Great Silencer.

Then the question, “what is so bad about morality as a basis for negotiation,” be it with a foreign nation or a spouse in divorce proceedings? Morality always speaks from a position on high, therefore talking down to it audience. It always preaches. It is always superior. It is always couched in benevolence. It is always critical. It is inherently condemnatory. It often imputes odious and evil motives as well as moral culpability to those who oppose its tenets. It is intolerant, not just of those who do not accept its admonitions but also of criticism of itself. Its purity averts opprobrium. Thus, as a prelude to diplomacy, morality guarantees failure. To regard this as a certainty one must put oneself in the place of the recipient of the condemnatory words of morality. To be called a pariah, or a member of the Axis of Evil, or a menace to world order, while possibly correct, does not prepare a recipient of that odium for the compromises that are essential in any diplomatic exchange. That party is already on its heels, is defensive, protective, guarded, and above all, hostile. All this portends disputatiousness, destructive of constructive give and take. Furthermore, as often happens, the underlying concerns become secondary to the barbs of censure and scolding, often causing the recipient of these deprecatory preludes to respond in kind and thereby diluting the focus on the underlying, main topic.

The corollary of all this is equally destructive of diplomatic interaction. Morality often prompts its adherents to assume such a high-minded posture that they haughtily say “We don’t deal with such people”, meaning that we will do so when they start thinking like we. The death of diplomacy.

Morality justifies to its advocates its correctness because it is almost always a projection of what they deem to be their finer qualities. But noble thoughts in diplomacy have a sad, sordid history. If one wishes to pursue these ideas further, please go to this wonderful article by Dr. Charli Carpenter. Its title is “When US Foreign Policy Went Wrong” and should serve as a tocsin to those who feel that the style of US democracy and its moral underpinnings when exported to unwilling friends and foes is not fraught with consequences for which we pay dearly. The most deleterious result of the failure of morality to achieve its benevolent ends is to further strengthen its proponents in the belief in the purity and nobility of their cause and destroy any attempt to expunge morality. It become further entrenched in the fabric of many aspects of society and continues to disrupt the world’s peace and tranquility. It is well to keep in mind the disastrous consequences of just two words that expressed morality as none other. The words of Pope Urban that fed the fervor for the First Crusade, Deus Vult, God Wills It.

It is problematic to have enemies. To jeopardize the precious opportunity to deal with them by further angering them by telling them that their morality must change is a guarantee for further discord. Virtually every war is a child of failed diplomacy. It is likely that couching a diplomatic initiative with the banner of using Human Rights as a matter to be discussed has resulted in significant failure either by our refusal to deal with the violators or they in turn keeping away from the negotiating table.

The absence of morality is not amorality. Not using the false and useless righteousness of morality allows interaction with enemies in a less disputatious manner. Just imagine the benefits of treating enemies in a more friendly manner. Talleyrand, Napoleon’s foreign Minister, would approve. Morality’s residence should be exclusively in the family and places of worship. Beyond those walls it will predictably be a source of discord. History is rife with confirmation.

Since it is unlikely that the parties to a diplomatic interchange will ever be of equal strength, however that is measured, we must accept that as a recurring reality. Nevertheless, that disparity in strength is more conducive to compromise than any other precondition. All that is required is that the stronger party, or victor, behave with generosity and magnanimity, an attitude always in its self-interest. This is far more likely to extract a willing compromise than the intimidating and offensive approach inherent in morality.

Myron Gananian is a retired physician living in California.