Wittgenstein and the Comforts of Obscurity 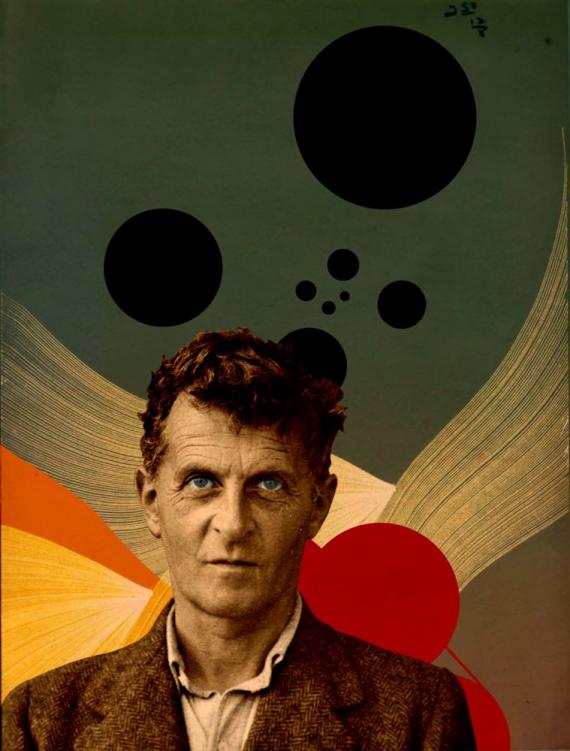 A friend of mine, Professor Dominique Urvoy, a distinguished scholar and world authority on Islamic Philosophy and Averroes, was invited to a conference in Morocco a few years ago. At a coffee break, an Arab colleague rushed up to Urvoy and showed him several passages from the Koran (in Arabic, of course) which made no sense syntactically and semantically. Professor Urvoy agreed, whereupon, his Arab colleague exclaimed excitedly, “this shows it is from God”.

Another friend, an American-Arab scholar, now teaching at an Ivy League University, returned home to the Middle East recently. He met a professor of Koranic Studies to whom he showed a passage from the Koran which was rather incoherent. The renowned professor, clearly irritated, replied, “Why on earth should the Holy Text, the very word of God, be coherent, consistent, or comprehensible?”

Just in case you are in haste to condemn these reactions as another example of the obscurantist mind-set of the religious, I should like to point to similar attitudes held by some philosophers. Many find the very incoherence of Heidegger proof of his profundity. The obscurer the philosopher’s text the greater the excitement on the part of the acolyte.

I remember attending classes at the University of London in the 1970s on Wittgenstein’s Tractatus Logico-Philosophicus given by Hide Ishiguro, who later went on to teach at Columbia University. I can only describe her lectures as “religious sermons,” with the Tractatus as the Holy Text. The reverence for each obscure or banal statement was profound, and one did not contradict or interrupt the religious ecstasy. We were warned against taking seemingly simple sentences at face value: they all hid profound insights and truths that no other human being had hitherto glimpsed. Significantly, Ms. Ishiguro despised Bertrand Russell, a philosopher renowned for his clarity.

Let us stick with Wittgenstein. It appears he had great charisma, and his students were over-awed in his presence. They attended his lectures and religiously wrote down and later published (almost) every word he uttered: does this sound familiar? Disciples of Christ, the Companions of the Prophet? In the Wittgenstein case, the earliest converts were staunch Catholics: Peter Geach and Elizabeth Anscombe. However, that does not prove anything since Russell and A.J. Ayer were also early admirers. I should also note that, so far, I have only pointed out the uncritical attitude of his admirers, and have not said anything about the validity or importance of Wittgenstein’s philosophy.

One of the earliest to criticize the adulation of Wittgenstein was Anthony Quinton, later Lord Quinton. In his From Wodehouse to Wittgenstein, Quinton questions the assertion that Wittgenstein is greatest twentieth-century philosopher, but admits that “he remains the object of a fair-sized and energetically devotional cult, a continuation of the circle of profoundly self-abasing disciples with which he surrounded himself from his return from Austria to Cambridge in 1929 until the end of his life”.1 Then Quinton takes him to task for his “vanity and hysteria,” his posturing and irrationalism. Here is what Quinton says about the Tractatus:

There is a vast difference of style between the Tractatus and the writings of the logical positivists. Where the latter are objective to the point of impersonality, with arguments fully set out, terms defined or explained, every effort made to achieve clarity, and the whole approximated as far as possible to a textbook of mathematics or physics on conventional lines, the Tractatus is a willful sequence of gnomic sayings, often with no visible argumentative connection at all between them, only a certain community of unelucidated terms of which all that is reasonably clear is that they are not being used in their familiar senses. These sibylline properties make the Tractatus an ideal topic for the commentators and exegetes.2

Quinton examines the putative influence of the Tractatus on the Vienna Circle. His conclusion: little if any. Then, Quinton quotes Rudolph Carnap’s assessment of Wittgenstein:

Our (Schlick and Carnap) attitude toward philosophical problems was not very different from that which scientists have towards their problems . . . Wittgenstein, on the other hand, tolerated no critical examination by others, once the insight had been gained by an act of inspiration. I sometimes had the impression that deliberately rational and unemotional attitude of the scientist and likewise any ideas which had the flavor of ‘enlightenment’ were repugnant to Wittgenstein . . . All of us in the Circle had a lively interest in science and mathematics. In contrast, Wittgenstein seemed to look upon these fields with an attitude of indifference and sometimes even with contempt.”3

Popper, who stayed independent of the Circle, hated Wittgenstein’s “oracular posturing and irrationalism,” whereas, he considered Russell as “perhaps the greatest philosopher since Kant.”4

Incidentally, Wittgenstein pronounced in his oracular fashion that all the truths of logic are tautologies, by which he meant that “a tautology is a proposition that can be shown to be true in all possible worlds by a mechanical decision-procedure.” But the claim that all truths of logic are tautologies, in that sense, has been proved to be false by Alonzo Church in 1936, “An Unsolvable Problem of Elementary Number Theory,” American Journal of Mathematics, 58 (1936), pp 345–363, and independently by Alan Turing, “On Computable Numbers, With an Application to the Entscheidungsproblem,” Proceedings of the London Mathematical Society, Series 2, 42 (1936-7), pp 230–265.

In more recent years, we have the complete skepticism of Professor Anthony Grayling, of the University of London. Grayling cannot tolerate the uncritical adulation of Wittgenstein. Grayling in his iconoclastic introduction to Wittgenstein in the Oxford University Press series A Very Short Introduction, complains of Wittgenstein’s unclarity, obscurity and willful opacity, and then concludes with this observation:

Like many others, I cannot help being struck by the unusual character of Wittgenstein’s writings, which give a strangely original cast even to thoughts and points of view which, in more prosaic dress, are familiar enough. But I find that when one advances beyond the manner and reflects on the content, the irresistible feeling is this: that the journey through Wittgenstein’s circuitous, metaphorical, sometimes opaque negations and suggestions is long; but the distance it takes one is short.

Grayling also wrote the volume on Russell in the same Oxford University Press series. Grayling is a fervent admirer of Russell and wrote to Monk about his unfair treatment of Russell. Grayling is also an outspoken and militant atheist.

Sir Roger Scruton in his review6 of Sarah Bakewell’s engaging though insufficiently critical look at phenomenologists and existentialists7 makes the point that he would dismiss Heidegger as a windbag were it not for the fact there were thinkers whom he admired who took Heidegger seriously:

Bakewell brings across Heidegger’s gloomy and shut-in character, and although she repeats the now accepted platitude that he was a great philosopher—perhaps the greatest philosopher of modern times—she doesn’t hesitate to quote the oracular utterances that show him to have been no such thing. Many people whom I respect endorse the orthodox view of Heidegger, and I hesitate to say that he was a portentous old windbag who had nothing to say. The problem is that he had a way of saying nothing with a capital “N,” at a time when Nothing was on the march across our continent, and when people would prick up their ears on hearing that “Nothing noths,” or “The Meaning of Being is Time.” In emergencies we listen out for those capital letters, and forget that the mantras of the metaphysician and the slogans of the demagogue are both in the business of silencing our questions.

Similarly, it is not possible to dismiss Wittgenstein as a charlatan since there are formidable philosophers and thinkers who take him to be the greatest philosopher of the twentieth century, intellectuals such as Roger Scruton himself who considers Wittgenstein’s Philosophical Investigations, for instance, as the most important modern work in the philosophy of mind.

It is often claimed that unclarity or “difficulty” of a philosopher like Wittgenstein or a poet like Mallarme is in fact a virtue. Georg Henrik von Wright wrote, “I have sometimes thought that what makes a man’s work classic is often just this multiplicity [of possible interpretations], which invites and at the same time resists our craving for a clear understanding”.  To which Anthony Grayling

replies, “This is a neat apology for obscurity; one might be forgiven for finding it unpersuasive.”8

On the other hand, George Steiner, himself not noted for the clarity of thought or expression, makes, for once, a more persuasive argument about the seeming necessity for obscurity in poetry:

It is the poet’s aim to charge with supreme intensity and genuineness of feeling a body of language, to ‘make new’ his text in the most durable sense of illuminative, penetrative insight. But the language at his disposal is, by definition, general, common in use. Its similes are stock, its metaphors worn down to cliché. How can this soiled organon serve the most individual and innovative of needs? . . . The authentic poet cannot make do with the infinitely shop-worn inventory of speech, with the necessarily devalued or counterfeit currency of the very-day. He must literally create new words and syntactic modes . . . A secret tongue will not communicate outward, and if it loses its mystery, if it is acquired by many it will no longer contain the purities of the unprecedented. The position of the radical but working poet is, therefore, a compromise. He will not forge a new tongue but will attempt to revitalize, to cleanse ‘the words of the tribe’ (Mallarmé’s famous formula pointed summation to what is, in fact, a constant compulsion in poetry aand poetics). He will reanimate lexical and grammatical resources that have fallen out of use. He will melt and inflect words into neological shapes… [This can lead] to the bewildering obscurity of Mallarmé and the modernists. The underlying manoeuvre is one of rallentando. We are not meant to understand easily and quickly. Immediate purchase is denied us. The text yields its force and singularity of being only gradually.9

The poet wises to communicate a unique vision but is forced to use common shop-worn tools, but if he or she invents an entirely new private language the whole purpose of communication is lost. A compromise is inevitable, words are being used in new contexts, in new ways, and the result

will be difficult to understand at first but will gradually yield its meaning. The difficulty of the poem will reward attentive readers but only slowly.

Obscurity and unclarity is a boon for exegetes and commentators. Wittgenstein’s Tractatus Logico-Philosophicus has its commentaries from Max Black to Allan Bernard Wolter. Similarly, the Koran throughout history has occasioned hundreds of multi-volumed commentaries, where ingenious and far-fetched etymologies are invented to explain Arabic words which remain unexplained to this day. German scholar, Gerd-R. Puin once said that twenty percent of the Koran makes no sense- but this is no deterrent to the commentators as they spin out their detailed explications.

There is evidently a need for mystery, but I wonder if there is a common psychological phenomenon which links the passion for murder mysteries to the need for the comfort of religious and philosophical obscurities. Has any psychologist ever conducted a study on these lines?

Ibn Warraq’s latest book with New English Review Press is The Islam in Islamic Terrorism: The Importance of Beliefs, Ideas, and Ideology. His webpage is here.

If you enjoyed this article by Ibn Warraq and would like to read more, please click here.