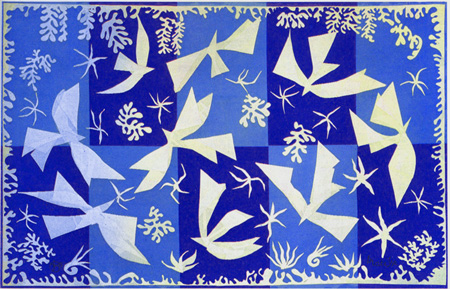 Wonder, indeed, is, on all hands, dying out: it is the sign of uncultivation to wonder.Thomas Carlyle, Signs Of the Times (Critical And Miscellaneous Essays)

I wondered this morning after shaking off the final moments of sleep. I wondered what I would write on the subject of wonder. First thing I concluded was that it would not be a book. The second was that mystery and wonder are two sides of the same coin and the coin has an edge. Flip it often enough and either side may be master for a time until the physical law of the nature of odds make them equal for a moment.

An interjection—an aphorism from me for the betterment of mankind:

If you doubt this, consider only that men and women continue to be generally fascinated, one with the other, and will continue to do so until each has figured out the warp and woof of the other. Particularly, they may tire of each other for the lack of mystery. Ladies and Gentlemen keep about you always a mystery; it is imperative. Should there come the time when, generally, there is no more mystery between the sexes, I suspect the earth will not be long with humans trudging upon it.

Humans readily embark on wonder, one would suspect, but they do not linger wondering for long. Some have the predisposition and by wondering often become philosophers, poets, scientists, busybodies. Most, though, go through the wonder that is life, all the while un-wondering. (Thank you again, Mr. Carlyle)

I have it on no authority but my own observation that even the higher animals may wonder for an instance. The head slightly cocked to one side or another with a look of deliberation on the order of “what’s that all about?”. Dogs, I believe, wonder, for they have a greater connection to the world of humans than any other creature not us; and the lesser beast usually takes after the greater—when things flow naturally. Though, they do not linger wondering either, they are content to think it odd, or whatever, and leave it at that.

I think humans are more inclined now to such imprecise desultory moments of wondering. It’s too bad. To be human is as much being wondering as being bipedal, or talkative or conniving. I think it impossible that the human race would have gone from primordial ooze to the stars without, at some many, many, points, wondering.

Mr. Carlyle was right, I think, in observing that wonder is to the modern mind a sign of uncultivation, most especially in the present, the post-modern epoch. Wonder is passé. Its usefulness spent. We know now what we hadn’t way back then. We no longer quake in fear under the eclipse. We don’t curse the darkness; and beasts large and larger are at our mercy; and bacterial monstrosities, small, and invisible, are well known and dealt with. We have a firm hold now of what is, what needs be, what will likely come to be. To wonder now is to engage in dilettantish intellectual pretentiousness.

Sit you down under a tree and wonder about gravity, or trees, or apples, or green and red for that matter, and you have made of yourself a willful antagonist to modern times. Why are you not rather in intercourse with your “smart” phone? You hadn’t changed the background image in a week. I wonder. Why?

We have made something small of humankind’s great discoveries that had served humans well. We are not—or hardly at all—fascinated with our very distant ancestors, despite their adventures with fire and intrepid trials with perfecting the wheel. But I know they wondered—they’d gotten the hang, and the better, of both. We go forward on the timeline and are first wonderfully fascinated by the Egyptians. The Egyptians had made note of their wonder and built monuments to it. Then the Greeks came along and loved to wonder and made of it a philos. And Philosophy was to last for near two millennia before it began to be subsumed by impertinence. It was no longer a question of what it was that made something good, or beautiful, or of a purpose. The barbarians were at the gates. Theorists were sapping under the walls. It would all come crumbling down to where we no longer wonder but divine in our minds what would most easily give us what we desired. Wanting had usurped wondering. Wonder took a hit and has been gasping—for all the wrong reasons—for some time now.

Who Wondered and How

“The reason is, my dear, that, apparently, Theodorus’ guess about your (Thaetetus) nature is not a bad one, for this experience is very much a philosopher’s, that of wondering. For nothing else is the beginning (principle) of philosophy than this, and, seemingly, whoever’s genealogy it was, that Iris was the offspring of Thaumas (wonder), it’s not a bad one.”

People travel to wonder at the height of the mountains, at the huge waves of the seas, at the long course of the rivers, at the vast compass of the ocean, at the circular motion of the stars, and yet they pass by themselves without wondering.
—St. Augustine, Confessions – Book X

Contemplation is the highest expression of man’s intellectual and spiritual life. It is that life itself, fully awake, fully active, fully aware that it is alive. It is spiritual wonder. It is spontaneous awe at the sacredness of life, of being.
—Thomas Merton, New Seeds of Contemplation

Two things fill us with awe: the starry sky above and the moral law within.
—Immanuel Kant

Man has to awaken to wonder
—Ludwig Wittgenstein

Worship is transcendent wonder; wonder for which there is now no limit or measure; that is worship
—Thomas Carlyle

I wonder what fool it was that first invented kissing.
—Jonathan Swift

I wonder if a soldier ever does mend a bullet hole in his coat?
—Clara Barton

Mystery creates wonder and wonder is the basis of man’s desire to understand.
—Neil Armstrong

I wonder what it’s to be for lunch today?
—George Palczynski

The Happy Few Who Still Wonder

Finally, someone’s pinned the butterfly’s wings to the board. But is it an impressive display? Plato is not the Last Word; had no-one ever been in awe of what they clearly did not know and were then led to wonder about? Had no-one ever been in awe of perplexity? There are those who wonder at the perplexity of the entire process of cells replicating. It happens by whose order? When is the order placed? When, and why not some other time? How, if there should be a blunder, is the error rectified without a shutdown? Are there alarms? Is there a reckoning for responsibility? Does not the… well you get the point. It is a greater perplexity than hurtling a man through the cosmos so that he might hit a golf ball with a wedge iron while traipsing upon the moon, and returning him safely to his family. A sense of awe is a great catalyst to the sense of wonder and we will not rest our wondering even when we have demystified what mystifies us for it is sure to continue to astonish us if we expand our wondering to the question . . . why?

One will find a great deal on wonder if one seeks it out. There is always some small contention over the taxonomy of astonishment, awe, curiosity, interest, etc., all the way to wonder.

Herewith a taxonomy of sorts:

Make your own taxonomy but by no means let that interfere with your wondering.

On What Shall I Wonder First

What should have more of our attention, during the long holiday season—Thanksgiving to Christmas—than God?

If we are made in God’s image then we are also, sufficiently, a mystery, as is God. I believe we are indeed thus made and therefore a mystery of such proportion that we will always remain so as long as we are extended the courtesy of being thought individuals and not merely a part of a herd, swarm, collective. And I, for one wouldn’t have it any other way.

And if the scientific neuromancer came to me and offered to share with me the secret of life, and being, and God, and would unravel all of life’s mysteries into the all-encompassing “comprehension of everything.” I would warn him, in all good will, that if he attempted to tell me—I would have to kill him. I remain steadfast—I have no interest in losing interest in life.

Insofar as a thing remains a mystery, it remains a matter of interest.

PS: For those who slogged through “Wonder”:

Atom In The Universe

There are the rushing waves, mountains of molecules

Each stupidly minding its own business

Ages on ages, before any eyes could see

Year after year, thunderously pounding the shore as now

For whom, for what?

On a dead planet, with no life to entertain

Never at rest, tortured by energy

Wasted prodigiously by the sun, poured into space

A mite makes the sea roar

Deep in the sea, all molecules repeat the patterns

Of one another till complex new ones are formed

And a new dance starts

Growing in size and complexity

Dancing a pattern ever more intricate

Out of the cradle onto the dry land

Here it is standing

Atoms with consciousness, matter with curiosity

Stands at the sea, wonders at wondering

I, a universe of atoms

An atom in the universe

NB: It is no contest; indeed, it is a walkover—The Poet slays the Philosopher.

___________________
George Palczynski is an observer of life. He claims only some knowledge in most everything and complete knowledge in nothing, making him generally smart but particularly stupid. Make of that your own speculation.