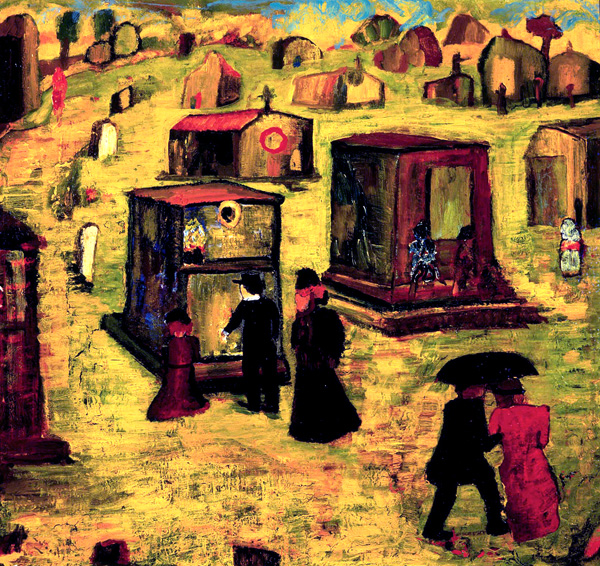 The big day was nigh. National elections were going to take place and the Democrats, Libertarians, Independents and Republicans had put up their candidates for the usual positions: Congress, governor, presidency, mayor, tax assessor, you name it. This time around, though, it was different. Two of the incumbent senators and the incumbent president, all three of them Republicans, had earned the fury of the Democrats for consistently saying things that the Democrats had decreed could not be said. So, for the past three years, they had gone ballistic and had targeted them above all the other candidates.

Before the polls opened in the morning, Mister Jackson, the elderly, yet energetic, election judge at the polling station, called his staff together, including the poll watchers.

“Good morning, all! Before we start, I want to thank everyone for being here. You are appreciated. You help democracy function. It’s going to be a long, long day. You’ve all had your training, but today, on top of that, I’m going to be blunt.”

“I will not tolerate any shenanigans. I know that tempers are running high in this election, but I will not tolerate even a whiff of illegal voting. No voting by illegal aliens. No voting double by the same persons with different IDs. And especially no cemetery votes. Check closely the IDs and the voter registration cards.” He paused. “Like I said, I’m going to be blunt. In the past, it’s always been the Democrats who’ve engaged in these tactics, so expect a rise in these this time around. I’m sorry if I’m offending any Democrats that may be here but, like I said, I’m talking from past experience. Facts are facts.

Doors were opened. The line of early voters had already formed, and the citizens were patiently waiting to go in.

The morning passed smoothly, with a steady stream of voters. And so did most of the afternoon, with only six rejections, their documents being obviously fraudulent. Jackson would periodically tell Jim, one of the workers there, to go down the line of voters and inform any handicapped persons waiting that they could go to the front of the line and go in. No one waiting in line objected to their doing so and even if they had it would have made no difference.

It was towards the end of that afternoon that Jim looked out the glass doors and saw a group of people slowly making their way to the entrance, and not to the end of the line of voters. As they got closer, Jim got a little alarmed at their disheveled appearance and cadaverous faces.

“Ah … Mister Jackson? I think we may have a problem,” Jim called out over his shoulders. Jackson came over and peered out.

“Cemetery voters,” he snarled. “I’m going to put an end to it before it starts.” He stepped out to meet them at the entrance, barring the way. He glared at them.

“No cemetery voters,” he said, stretching out his hand.

“V-vote,” one of the twenty or so newcomers slurred.

“V-vote!” said another one with equal emphasis.

“No! No cemetery voters! It’s illegal!”

At this point, someone in the line started chanting a slogan in support of the newcomers and three others joined in.

“I said no, and I meant it!” Jackson yelled at those voters parroting the slogan. He turned to the newcomers. “You cannot vote! Votes from people in the cemeteries do not count! It’s illegal! End of argument!”

Half a dozen of them lunged at Jackson and tackled him to the ground. One of the poll watchers called the police on her cellphone, but there was little chance of help from that area since the police department had been defunded by Democrats in order to encourage an increase in crime. Jim started to go over to help the struggling Jackson, but stopped on seeing how many there were.

The newcomers got up and shuffled in, leaving a prone Jackson behind. They went up to Jim. The rest of the staff was cowering in the back.

“V-vote!” the foremost one said.

Jim was actually trembling but, incredibly, summoned enough courage to slowly squeak out, “I—I’m sorry … but no cemetery voters are allowed to … to vote.”

Things would have gone from bad to worse. Fortunately, Jackson came in and staggered up to Jim.

Jim made an instant decision which saved his life and he handed out ballots to the newcomers, some of them grabbing more than one ballot, including Jackson, and they went up to the booths to cast their votes, as some of the voters outside who had been looking in on the scene and had been previously chanting burst out in a cheer.