As the Mockery Dwindles

Everyone is getting tired of the media and Democrats’ weak, repetitive act. 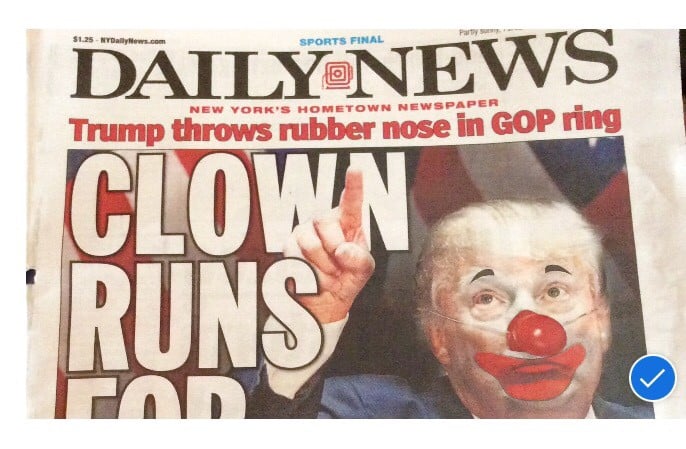 The moment I have been awaiting with trembling and prayerful anticipation since the week of President Trump’s inauguration is dawning: The hysterical assault by the media and Democrats is starting to crumble and fall apart. Like shrieking babies who eventually become so angry and exhausted they can’t cry anymore, they have to pause since they no longer can maintain an ambiance of endless accusations.

Until now, a new charge has arisen as each previous one faded. It was preemptive righteousness from the start: hostile rioters near the inaugural parade; witless film and rock stars speaking of blowing up the White House; groups of miscellaneously angry women demonstrators dressed up as vaginas, demonstrating against the president for unstated reasons; an adaptation of Shakespeare’s Julius Caesar in which a Trump look-alike was murdered; a mock-up of Trump’s severed head proudly held up by one of Hollywood’s loopier comics; even poor, tired, desperately predictable Stephen Colbert, who began by begging Trump to run so he could be pulverized by the voters, almost at the weary end of his lame Trump gags.

This past week, the tide ran out. Vanity Fair, on balance the most nauseating publication in America, and the New York Times and Washington Post panned Melania Trump’s footwear when she got on to the airplane to go to Texas: high heels, which she changed to running shoes before she deplaned. She was called Flood Watch Barbie by refinery29, which fancies itself a chic style site. Chelsea Handler, one of the dumbest and mouthiest people on television, chimed in.

Those who have no shame achieve a plenitude of shame. CNN took the president to task for beginning his remarks in Houston with “It is my honor to be here,” and helpfully suggested that Trump should have said it was his “duty” to be there. That certainly would have got the visit off to a peppy start — telling scores of thousands of flood victims that he had come (with implicit reluctance) out of duty.

There are no depths that the riff-raff of the American political media have not plumbed in the last year. The underpublicized fact is that Donald Trump ran against a complacent, biased, flabby, leftist media that had whitewashed the failures of the U.S. political class for decades. He won, they lost, they have been poor sports, and now the public is tired of their lies and their malice. Public approval of the media is under 20 per cent and polls now show Trump edging over 40 per cent.

Congress is back, and if the nondescript Republican leadership can raise itself off its hands, declare to be over the chicken game that prevailed while they thought Trump might flame out spontaneously, and try to end the useless, hopeless gridlock of the last 20 years in Congress (punctuated only by some of George W. Bush’s measures after 9/11 and by Obamacare), then the government will start to work for the first time in almost a generation.

Trump ran against a complacent, biased, flabby, leftist media that had whitewashed the failures of the U.S. political class for decades. He won, they lost, they have been poor sports, and now the public is tired of their lies.

The answer is not, as is suggested now, including by some at National Review, “a return to congressional government.” That is a fraud and merely the latest wheeze of the never-Trumpers, following the evaporation of misogyny, racism, collusion with Russians, warmongering in Korea, Nazi sympathies, temperamental instability, and, in Kafka’s phrase, “nameless crimes,” as excuses to evict Trump or pretend that he does not hold his office constitutionally.

There is no such thing as congressional government. There was a terrible drought in presidential leadership from the middle of the Clinton years to the end of the Obama regime, except for some of President Bush’s response to the terrorist danger. The country took Congress away from all three presidents but did not find great improvement with Newt Gingrich, Nancy Pelosi, or John Boehner, and is outraged at the failure of Paul Ryan and Mitch McConnell to achieve anything, even the confirmation of Trump’s qualified appointees. Ryan produced an asinine health-care reform that would have increased the number of people not covered by health insurance by probably more than 20 million and, with modifications, only got it to the Senate with the president’s help, where it failed by one vote.

While there has never been congressional government, there have been efficient Congresses that worked with presidents of their own and the other party to produce respectably competent government. As the Democrats do not accept the late election result and withhold cooperation on all issues, it is incumbent on the Republicans to overcome the reciprocal dislike between Trump and most of the Republican congressional leadership and try to make the system work, for the sake of the country, their party, and themselves.

Instead, we have had Republican congressional neutrality between the president and the monstrous imposture of “the resistance,” a loose coalition from the Pelosian and Schumerian hacks all the way out to the violent racist rabble of Antifa and Black Lives Matter. For over seven months, the Democrats have been conducting a sort of pretense-therapy that they could negate the election by unlimited obstructionism and smears of Trump, who has at times made their task easier by injudicious comments, endlessly amplified by the jackal media.

As Trump’s campaign attacked the entire political and media establishment, it has been a stand-off between the executive branch (with many loyalty risks within) and the Democratic-media coalition, and the balance of power is with the Republicans in Congress. But not for long — either they will make peace with the president and push a Republican party unified out of joint self-interest into real and effective government, or they will be annihilated at the polls and the stand-off will continue, with the Democrats able to impeach for false partisan reasons, but not to remove. It will be either effective government or the ultimate escalation of gridlock.

The answer is not, as is suggested now, including by some at National Review, ‘a return to congressional government.’ That is a fraud and merely the latest wheeze of the never-Trumpers.

The Democrats have taken in vain the word “resistance,” ennobled by the French resisters to Nazism — Jean Moulin, Albert Camus, Jacques Chaban-Delmas, and their brave cohorts — for what is really a squalid attempt at a putsch. The whole Democratic-media onslaught is finally running out of steam. It emerged last week from a number of sources that former FBI director James Comey prepared the exoneration of Hillary Clinton in the e-mails affair well before the investigation neared conclusion; that there was great unrest within the FBI when Comey took it improperly upon himself to make a decision that rested with the deputy attorney general in the Clinton e-mail matter; that the FBI warned the Democratic governor of Virginia and mayor of Charlottesville three days before the rioting there of what would happen, and the mayor (who had proclaimed his city a “capital of resistance”) prevented the police from taking appropriate avoidance measures; and that the FBI is refusing to give the Senate Judiciary Committee any information on its mid-campaign support for the infamous Steele dossier, which included the howling imbecility of the Golden Shower (of Trump-synchronized urination by prostitutes in a Moscow hotel many years ago). Even Nancy Pelosi, spavined war-horse though she is, demurred from the laudations of Antifa in Vanity Fair, Rolling Stone, the New York Times, and the Washington Post, when Antifa beat up a number of unarmed Republican supporters in San Francisco.

Surely the beginning of the disintegration of the entire odious assault on Trump based on the theory that he is a mad interloper from an alien planet will incite Ryan and McConnell to lead the congressional Republicans off suicide watch. They can hold their noses, but they should put through some sensible legislation with the administration on taxes, employment infrastructure, immigration, and health-care reform. The people demand it; the times require it, their political survival depends on it, the country needs it, and that is what they have been sent to Washington to do. That is how the U.S. system of government works, not through some fatuous usurpation of the executive power by a cabal of malcontents skulking around the Capitol like Caesar’s assassins.

— Conrad Black is the author of Franklin Delano Roosevelt: Champion of Freedom and Richard M. Nixon: A Life in Full.