Away with Cancel Culture 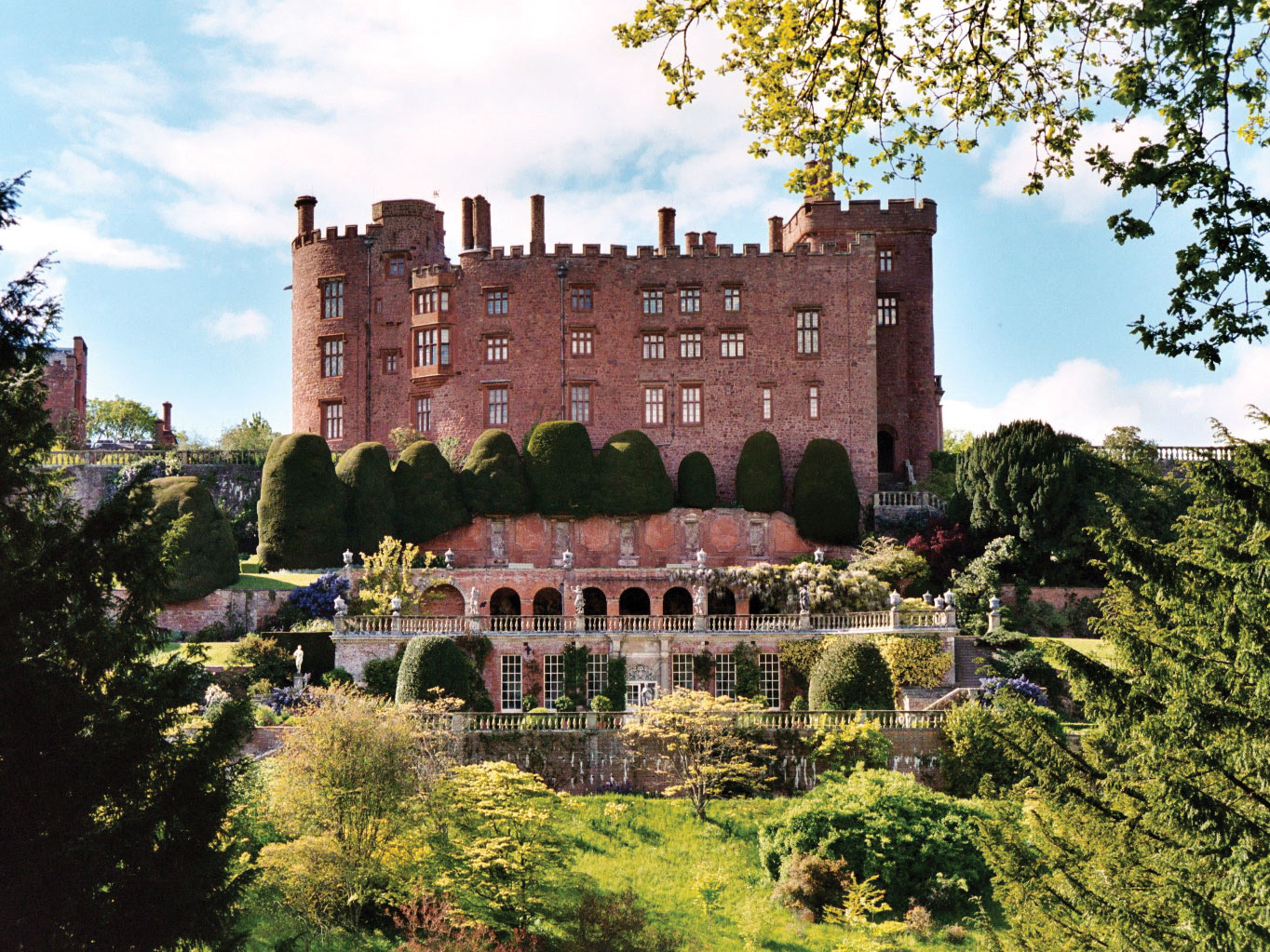 A specter is haunting the Western democratic world, the specter of cancel culture accompanied by the phantom of wokeness.  In the United States, decisions in April 2021 illustrate the impact of that specter. The Major League Baseball Commissioner, Robert Manfred, decided that because the MLB supports voting rights for all Americans and opposes restrictions to the ballot box because of the controversial new voting law SB 202 in Georgia, the All Star game of 2021 would be pulled from Atlanta, Georgia and moved to Denver Colorado. Various business, including Coca-Cola and Delta Airlines supported this decision though it may hurt the state of Georgia, business, employees, baseball fans. In the same month, United Airlines announced a new recruitment policy for their pilots. Their flight deck should reflect diversity, and therefore 50%  of the 5,000 pilots who train in the next decade will be women or people of color.

The time has come for Old Europe and the United States to enter into a holy alliance to exorcism this specter. A start should be made in a number of contemporary issues in Britain and in the United States.

First there is the questionable activity of the British National Trust, the organization set up to promote the preservation of, and public access to, buildings of historic or architectural interest and to land of natural beauty. Its most recent activity has been to encourage children to write poems critical of the British Empire while they were on school trips of country houses for which the Trust is responsible. This seems to follow logically from the publication of an interim report of September 2020 by the Trust on the connections between colonialism and the properties now in its care, including their links with historic slavery. The Trust argues it is making known the complexity of the role played by Britain in global history since the 16th century or even earlier.

The explanation by the Trust is that the histories of slavery and the legacies of colonialism are deeply interwoven with the material fabric of the British Isles. It states that 29 of the properties it controls are liked to successful compensation claims for slave ownership and about thirty of the properties can be directly connected to colonial histories. One interesting indirect result of this critical view, cancel culture and woke, of the prestigious county houses is that fictional presentation in films and TV productions of them, as in Downton Abbey and Bridgerton, place less emphasis on the material culture and lavishness of the properties, and more on the events and personal histories of the characters.

This particular scepter is being challenged. A group, Restore Trust, was set up opposed to the relentless diminution of standards at the NT. It suggested that the NT had presented a largely negative picture with political and racial dimensions. No one alive today is responsible for inequities of earlier history. The NT should return to its real mission, maintaining the standards of conservation and preservation, and focusing on the architecture, collections, and landscape of the properties it controlled.

In a less intellectually astute, but strongly ideological, fashion than the National Trust, the inequities of the British past have also, in April 2021, been proclaimed by a left wing British MP, Claudia Webbe. In a tweet seen by more than five million people she urged that ongoing systematic and structural inequalities and state sanctioned racism should be taught  in schools alongside the “true brutal history” of the British Empire and the legacy of imperialism and colonialism. In particular she urged that the teaching of the undated Berlin Conference should be compulsory in the wake of the killing of George Floyd and the success of the BLM movement. She claimed that a map of colonial Africa had been “hidden from you all your life,” and she posted an image of the continent of Africa carved up between European empires. In her case, ignorance was showing, and ideology became farce when she was ridiculed. All British secondary schools in fact have a course on the history of the scramble for Africa, and on political power, industry, and empire 1745-1901.

The most discussed issue concerning cancel culture stems from the much heralded but disappointing “interview” conducted by Oprah Winfrey, a billionaire, of two millionaires, Harry the Duke of Sussex and Meghan Markle, the virtual soi-disant Duchess of Los Angeles, on how hard life had been , and their sense of entitlement though they now survive in a luxurious mansion in California, close to other deprived neighbors  such Tom Cruise, Ellen DeGeneres, and Oprah Winfrey.

Differences are evident over the interview, whether it was revealing, or tasteless and disingenuous, and the degree of veracity of the remarks made by multi-racial Meghan Markle. It is indeed puzzling to understand the contradiction in the different accounts of alleged remarks by unnamed members of the Royal Family about the likely skin color of son Archie. Or why the one year-old Archie was not given a royal title. The Duchess appears delusional when making inaccurate statements of a secret wedding conducted by the Archbishop of Canterbury three days before the official Windsor Palace ceremony. It is bewildering that she complained her passport and driving license were taken away, yet she has taken some 14 flights. She, an experienced actress for over a decade, did not know her lines or do research on the Royal Family, and was unaware of the role she was expected to play as the wife of Harry, 6th in line for the throne. One would have thought every Hollywood actress would know how to curtsy, though she said she did not. What is surprising in the interview is that the host, the highly touted Winfrey did not challenge or debate any of the questionable remarks.

More important than the degree of veracity by Meghan is the fate of anyone who disagrees with or questions that veracity. The case is significant of Piers Morgan, the 56 year old prominent journalist and TV personality, former editor of a number of tabloids and host of talk shows. In his TV program Good Morning  Britain on the day after interview he doubted the accuracy of Meghan’s remarks, and later referred  to her as a delusional duchess on the make  who wants to make  millions off her royal title , while trashing the royal family. Instead of a debate on Morgan’s perceptions he was virtually attacked by fellow TV performers and he lost his job because of his criticism of Meghan in the interview. Those negative comments led him to resign from his TV position.

Morgan has stated that Meghan was responsible for 17 claims and remarks that he categorized as disproven, exaggerated, or unverifiable. He repeated his criticism he did not believe a word she, the Pinocchio Duchess had said, and even declared he would not believe it if she read the weather report.

Those who adhere to cancel culture and wokery are alert to alleged racial or social discrimination and injustice, and may hold that differences in performance by minority personnel are due to racial prejudice. The fact that Meghan is of mixed race may explain the fact that over 41,000 complaints were made of Morgan’s criticism of her. An opinion poll of 4,656 conduced after the interview suggested the British public was equally split in whether the Sussex duo  were treated fairly or unfairly by the Royal Family, while 36 %  said they did not know.  It varies with age: among those over 65, 50%  thought the couple were treated fairly, compared with  13%  of 18 to 24 year olds. But the negative view of the couple has been increasing.

Morgan stuck by his analysis of Meghan, refusing to apologize  for his criticism, or certainly not accepting Meghan’s versions of “the truth.” His argument goes further.

Morgan  said his colleague on his broadcast, Sussana Reid may have been too scared to support him publicly for fear of a cancel culture backlash against her and that she might lose her job as happened to him. Already, Sharon Osbourne, prominent TV personality was fired from her job on The Talk at CBS for publicly defending Morgan’s comments.

Morgan had walked off the TV set, because of insinuations that he was a racist because he didn’t believe Meghan. His case illustrates the main point of the trend to refuse to listen to other people’s opinions, and not debate those who do not follow the accepted narrative.

The issue in the case of the Sussex duo is wider  than the veracity or sincerity of Meghan. The forces of cancel culture and wokery are at play. The question is fundamental. Are expressions of opinion to be censored or made the reason for dismissal as was the case of Morgan? At what point could he be allowed to disbelieve Meghan without being called a racist?  The danger is all too present, that dissent and opinions will be shut down by labelling opponents as racists. The scepter must be eliminated.