Beware, the Russians are Coming 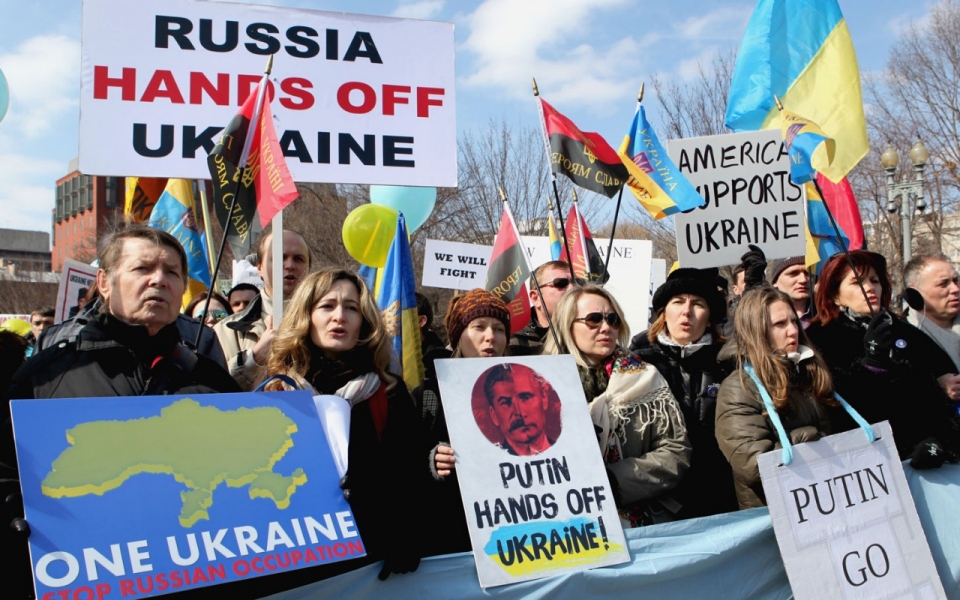 It is unlikely that President Donald Trump ever regarded relations between the U.S. and Russia as friendship, just a perfect friendship, and that when other friendships have been forgot, their’s will still be hot. As a result of actions in November 25, 2018 by Russia against Ukraine, Trump was even less likely to sing happy days are here again if he met Vladimir Putin in Buenos Aires in December 1-2, 2018. He cancelled any meeting with Putin where he could have reaffirmed that Russia has been guilty of aggression, that its annexation of Crimea is illegal occupation, that it should stop its creeping annexation of more territory from former Russian associates, and that it should end its attempts to destabilize Ukraine and its support for Russian-backed separatists whose hostile actions have already cost 10,000 lives.

For some, the details of the Rusian action on November 25 may be disputed, but it is evident that it continues the Russian attempt to stengthen its influence and control in the Sea of Azov and the Kerch Strait, and its pressure on Ukraine, in defiance of understanding between the two sides. In 1997 the two countries signed an agreement that allowed Russia to retain ownership of most ships in the Black Sea fleet based in the Ukrainian Crimea, while Russia paid rent to use the port of Sebastopol.

The countries agreed on December 24, 2003 that the Sea of Azov, the shallow sea, 220 miles long and 110 miles wide, and an area of 15,000 square miles, and the narrow, nine mile-wide, Strait of Kerch would be shared territorial waters. They were put under common management, but there is no demarcation border between the two countries. Kerch is the only connection between the Black Sea and the Sea of Azov, and the only way to reach the Ukrainian ports of Mariupol and Berdyausk. According to this 2003 agreement the Sea of Azov is not a Russian lake, and Russia has no legitimate claim to control Azov. Nor is the Kerch Strait a possession of Russian inland waters.

The course of pseudo-friendship never did not run smoothly. The roses faded fast with animosity between the two sides that took various forms. Few would agree with Vladimir Putin that Russia and Ukraine are “one people.” Ukraine had its share of supporters and opponents of identification with Russia. This was clear in the 2004 Ukrainian  presidential election, with media bias, electoral fraud, and poisoning by dioxin of a major candidate, Viktor Yushchenko, which at first count resulted in the victory of pro-Russian Viktor Yanukovych. This was disputed and he was replaced by more pro-Western Yushchenko.

In November 2013 Russia pressured Yushchenko to suspend talks of trade and possible political link with EU, in favor of choosing closer ties with Russia. It drove him from power, but the talks did lead to the EU-Ukraine Agreement, including the right of Ukrainians to travel, to the EU without visas, though Ukraine is not a member of EU.

However, this was followed by protests in Ukraine, and riots in February 2014 when police fired on protestors, and 90 were killed. Pro-Russian activists seized parliamentary and government buildings, and raised the Russian flag in Simferopol, capital of Crimea. In a referendum on March 16, 2014, 97% voted to join Russia. Immediately after this annexation of Crimea, in April 2014, pro-Russian officials in Donetsk and Lugansk declared these regions of Ukraine to be independent.

The escalation in hostilities is about the Sea of Azov, half the size of Lake Superior, and the Kerch Strait which is the passage way linking the Sea to the Black Sea. The Sea of Azov is important for Ukraine because 80% of Ukraine exports pass through it, now that since 2014 Sebastopol is a federal city of Russia. Technically, Ukraine and Russia both enjoy free use of Sea of Azov, but Russia has denied access to Ukraine ships, stopped some of them, and impeded maritime traffic. After the annexation of Crimea, Russia is able to control both sides of the Kerch Strait and thus access to Ukraine’s own ports. Those ports are effectively under blockage by Russia, and many Ukrainian ships, now over 35, have been prevented from carrying out normal operations.

Tensions were heightened by a number of factors. One was the assassination in Donetsk City on August 31, 2018 of pro-Russian Alexander Zakharchenko, head of the so-called Donetsk People’s Republic. A second was building by Russia of the twelve mile multidollar bridge, cost of $3.6 billion, the longest in Europe, constructed without Ukraine consent, ignoring international law, and which is another ploy to legitimize the occupation of the Crimean peninsula.

The bridge across the Kerch Strait, with rail and road availability, linking the Crimean peninsula to mainland Russia, which opened in May 2018, is low-lying, lower than international standards. It affects the size of Ukrainian ships able to enter Sea of Azov, and Ukrainian access to its two ports, Mariupol and Berdyansk. In fact it harasses and delays shipping thus resulting in lost revenue for Kiev. Ukrainian living standards have dropped largely because of Russian pressure.

On September 16, 2018, Ukraine, conscious of continuing Russian hostilities announced that it planned to strengthen its coastal defenses along the Sea of Azov coastline, add navy ships, patrol boads, an anti-ship cruise missile Neptune, ground forces, and deploy armored artillery boats to the port of Berdyansk.

Russia has deployed warships and patrol boats in the area. Estimates suggest that the Ukranian navy has 66 combat and auxiliary naval units and 11,000 service forces. Russia’s Black Sea fleet has 2,800 vessels and 25,000 service forces. Kiev believes that Russia has 40,000 troops deployed in Crimea which is well armed with battalions of anti-aircraft systems and is receiving the S-400 surface to air missiles from Russia, as well as 40 ships in the Sea of Azov. Qualitatively, Russia also has the advantage that its ships are larger than those of Ukraine.

In spite of denials by Putin the facts are clear, a Russian vessel  rammed the Ukrainian tugboat, and fired on the other two small Ukrainian vessels. The Russians falsely claimed the Ukrainian ships were performing maneuvers and were trespassing in Russian waters. For them the Rusian border guards were fulfilling their military duty in firing on the vessels which Putin said had refused to communicate with the Russian guards.

Putin, probing for foreign weakness and complacency, has also allocated blame. He blamed Ukrainian President Petro Poroshenko for staging the incident in his desire to succeed in the game of domestic politics and win reelection in the March 2019 presidential election. And, in somewhat convoluted logic, he blamed the “West” for his friction with Ukraine because anti-Russian attitudes in the West meant Kiev could get anyway with anything.

The response of Poroshenko has not only been to warn of further Russian aggeression, but to declare, with parliamentary approval, 30 days of martial law in the ten border areas subject to possible Russian aggression. This means among other things that only Ukrainians can enter the country, but it does not mean a declaration of war.

For the U.S., Ambassador Nikki Haley responded forthrightly by calling the Russian action yet another reckless Russian escalation, and an outrageous violation of sovereign territory. The U.S. strongly supports Ukrainian sovereignty and terrritorial integrity wthin its internationally recognized borders.

Foreign intervention has not been helpful to Ukraine. The Minsk ceasefire fire process of September 2014 joined by France and Germany, in 2015, did not work, and fighting continued in Donbass. Poroshenko has called on NATO, of which it is not a member, to deploy ships to the Sea of Azov to provide security. There may not be a military solution, but deterrence is possible and desirable to prevent  the restoration of the old Russian empire, Putin’s objective. The days of imperialism are over, Ukraine is not a colony.

Does the U.S. have a role? President Trump can consider giving Ukraine advanced defensive weapons, including Javelin anti-tank missiles and land based anti-aircraft and anti-ship missiles, and help to the Ukranian ports in Odessa and Mykolaiv. He might try to persuade Europeans to cancel the Nord Stream 2 and South Stream pipe line projects which foster European dependence on Russian oil. The West may have given up on Crimea, but it should not do so on the Sea of Azov.