The BBC is spelling it out, Shia Muslim attacks Sunni Muslim Mosque, and in the headline as well, while the Birmingham Mail continues to talk of a  “vandal motivated by religious hatred” until the very end when directly quoting the Judge.

A Shia Muslim has been jailed for three years and nine months for vandalism attacks on five mosques in Birmingham. 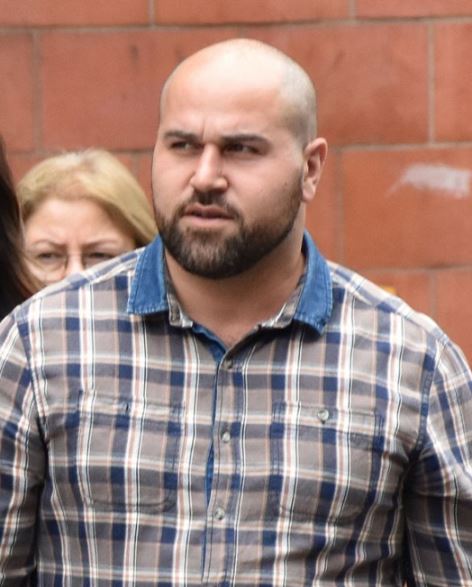 Arman Rezazadeh, who is of Iranian descent, used a sledgehammer to smash windows and doors in Perry Barr, Aston and Erdington on 21 March. The 34-year-old admitted religiously aggravated criminal damage.

Judge Michael Chambers QC said Rezazadeh had been “motivated by religious hatred” and all the mosques he attacked were used by Sunni Muslims.

Rezazadeh, who has a history of mental health problems linked to use of cannabis, handed himself in at West Midlands Police headquarters a day after the attacks. As well as denying that the man caught on CCTV looked like him, Rezazadeh said he had only confessed to get an opportunity to “expose” false religious teachings.

Tom Walkling, prosecuting, said Rezazadeh, who had been drinking alcohol to celebrate the Iranian new year on the eve of the attacks, struck at five places of worship, initially using a sledgehammer and then a golf club.

Mr Walkling told the court the offences happened between 1.25am and 3.12am, adding: “For reasons that are obvious, the Muslim community in Birmingham and across the country was put in considerable fear.”

Passing sentence, Judge Chambers told Rezazadeh: “Birmingham has a long history of religious toleration and harmony, not only between the faiths but within the faiths as well. You quite deliberately and seriously offended against that.”

The judge, who said the defendant’s mental health problems were self-induced by cannabis use, added: “You were motivated by your religious hatred, you being of the Shia faith and the mosques being Sunni Muslim mosques. The harm in this case has been extremely substantial – the impact on the local and wider Muslim community has been huge. . . This is on any view a religious hate crime. It’s not suggested otherwise, nor could it realistically be so.”