Just a family of eleven, off to Disneyland. A lovely big British family, off to the place where magic happens and Mickey Mouse makes dreams comes true.

They’d saved hard to get together the £9,000 for flights to make their family happy at Christmas. But were turned away at the gate by ruthless officials from USA Homeland Security who said they were no longer allowed to board.

At least, that’s the story you’d be believing if you listened to the BBC or Labour’s blond-bobbed maniac Stella Creasy, whinging on about the obvious discrimination against them on religious grounds.

But there is another side to this story not being told. 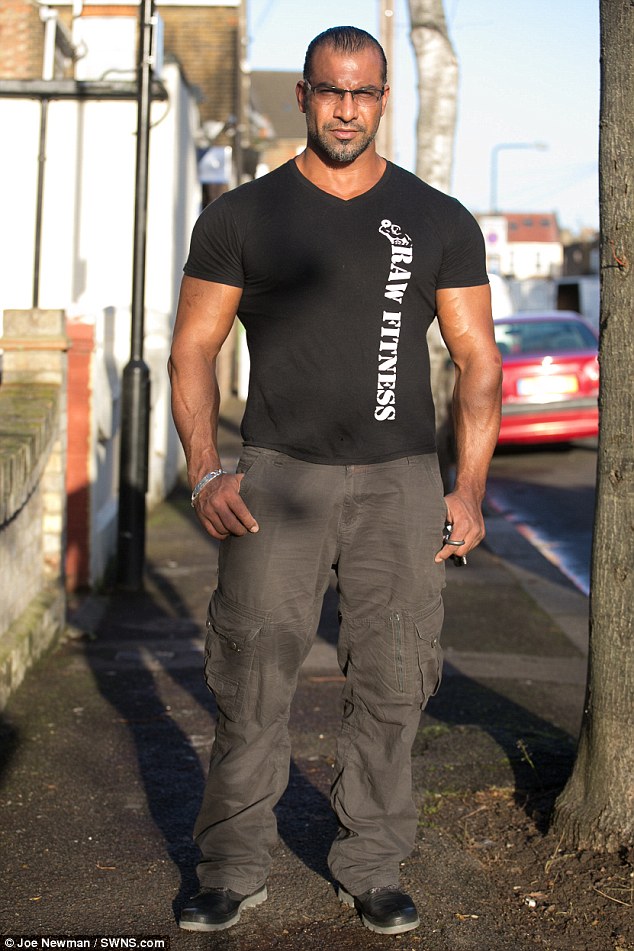 Copy link to paste in your message

Mohammad Tariq Mahmood, 41, outside his home in Walthamstow, North London. Mohammad is fighting to get an explanation after being stopped at the gate of Gatwick airport just as he was flying to the US. But his big British family are hardly conventional. They were travelling with two men, nine children and no mothers

This lovely big British family aren’t exactly conventional. They are two brothers – and 9 children… between 8 and 19 years old.

When was the last time two grown men, took nine ‘kids’ abroad on their own?

And since when was a 19 year old a child?

I was stopped on the way back the UK with my husband and three kids because we have the wrong surnames. And needed two marriage certificates and three birth certificates to make it through.

If I had been playing my usual game of ‘spot the terrorist’ at the airport, (beard -5 points, rucksack – 10 points, sandals – 5 points – be honest, you’ve all done it) I’d have been feeling a little anxious.

Without any way of knowing the truth, this is what I’d have been asking myself; where were the mothers of these 9 children? Was it just that the women’s place was in the home? Were they too female to fly? Or were they not needed for this family’s final destination?

So if Homeland Security were suspicious about the fact there were no mothers in the group, who can entirely blame them?

And then there’s their address in Waltham Forest, a known hotbed of extremism

And if it wasn’t enough that two Muslim men from an extremist area of England, plus their nine children were flying together without any women, to set off alarm bells there’s the fact that they have confirmed links with Al Qaeda.

Yup. Intelligence was received about a Facebook page connected to the family address, containing extremist material sympathising with Al Qaeda.

And if I tell you Tariq’s brother was also detained in Tel Aviv for 8 days before being ejected from the country (again ‘inexplicably’ - according to his wife) would you still be comfortable getting on board with them?

So I have a few things to level at Mohammad Tariq Mahmood.

Mo. I put it to you that you and your lovely British family were not off to Disneyland at all. I am not buying your story.

I find it utterly improbable two men with the entire Mahmood clan were travelling without the company of a wife or mother to such a family-orientated destination.

I have worked in Disneyland as a Security Guard. You don’t sound like our typical visitor group.

If Israel had reason to detain your brother, I suspect the good men from USA Homeland Security also had their reasons. They make their policy absolutely clear; no one is automatically admissible to the USA.

‘In order to demonstrate they are admissible, the applicant must overcome all grounds of inadmissibility’.

In other words, you are considered unwelcome unless you can prove them wrong.

Stick my tough old arse in a uniform and call me Nicholas Brody.

An email sent from your computer sympathising with Al Qaeda Mahmood? Computer says no.

The entire Mahmood mafia of two brothers travelling with a brood of 9 without any women? Computer says no.

Detained in Tel Aviv and ejected from Israel. Computer says no.

So actually, ladies and gents there is quite a lot to see here. And it is not the discrimination of innocents at Gatwick. It is America protecting its own people. We are weak by comparison.

I congratulate the USA Homeland Security Force for a job well done.

My opponents can carry on with their lazy labels. Call me racist (Islam is not a race). Report me for my tweets. (You can’t prosecute the truth) and threaten my life. (Nothing new from the peace-loving liberal left.)

But it will not stop me from giving balance to the total mis-telling of a story about this lovely British family off to Disneyland to make dreams come true.

Jamie McCarthy This story has been completely retracted. It is 100% untrue. After a year, the Daily Mail now writes: "We are happy to make clear that Tariq Mahmood and Zahid Mahmood are not extremists, nor do they have links to Al Qaeda. They were travelling to the USA with their families to see one of their brothers for a holiday in California and they had indeed planned to visit Disneyland as part of their trip."

In Bahrain, Opposition to Normalization Unsurprisingly Greater Than In the UAE

Something round and rosy

Trump Hate Is Not Enough

Nigeria: 13-year-old sentenced to 10 years in prison for ‘blasphemous’ comments

Human Rights and the Moral Imagination

Has the Time Come to Scrap the Electoral College?

Imam of Great Mosque in Mecca Hints at Normalization with Israel

19-Sep-2020
Foreword to Gardeners vs. Designers by Brian Lee Crowley 19-Sep-2020
In Bahrain, Opposition to Normalization Unsurprisingly Greater Than In the UAE 19-Sep-2020
The Early Stalin on the Road to Tyranny