BORIS IS GONE. REGARD HIS HELLISH FALL. 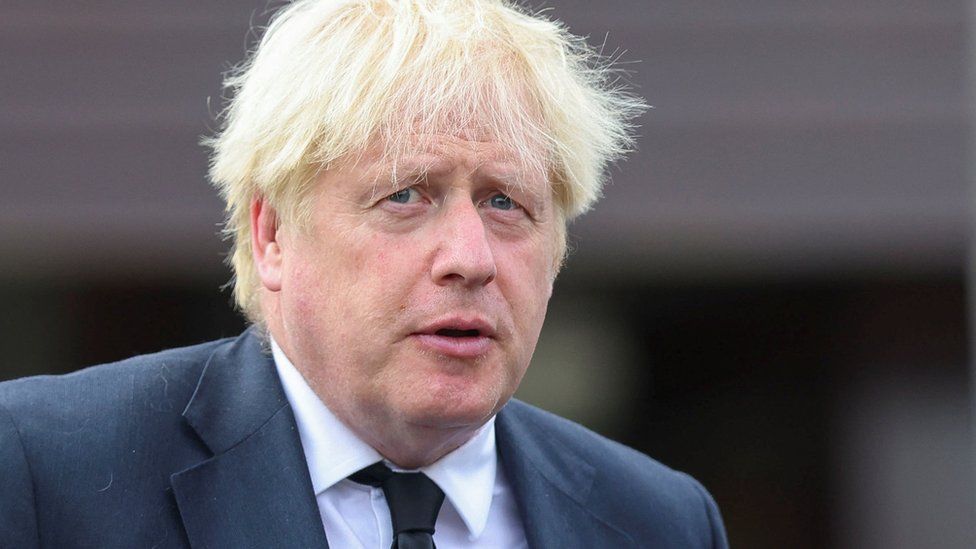 The fall of Boris Johnson came as a clap of thunder.  One moment he was Prime Minster with an immense majority under him.  Then two Chancellors of the Exchequer, one past and one in office resigned at the same time.  Half the Government followed within days.  In the words of Alan Clark on the last days of Margaret Thatcher,

‘It’s the Bunker syndrome.  Everyone round you is clicking their heels.  The saluting sentries have polished boots and beautifully creased uniforms.  But out there at the Front it’s all disintegrating. The soldiers are starving in tatters and makeshift bandages.  Whole units are mutinous and in flight.’

It was clearly impossible to stay in office with this scale of desertion, and Boris shortly announced that he would be standing down when the Conservative Party at large had arrived at his successor as leader.  The party rules involve a postal vote for the membership, with the result known on September 5th. However, polling and the numbers of those announcing their endorsement have left no doubt about the outcome.  On September 5th Liz Truss will be sworn in as Prime Minister.  Those surly backwoodsmen, the elderly middle-to-upper class male and female who are the deplorables of the elite system, who remember what their country was like before the Tory governments improved it forever, have the power and are using it.  We can stand back and take a brief look at Boris.

He is the most brilliant and creative master of language since Churchill.  In his salad days he was unafraid of defying the Left–and not only the Left.  When Tony Blair visited the Democratic Republic of Congo in 2002 Boris was reported in the Telegraph:

‘No doubt the AK47s will fall silent, the pangas will stop their hacking of human flesh, and the tribal warriors will all break out in watermelon smiles to see the big white chief touch down in his big white British taxpayer funded bird.’

And the Telegraph printed this in 2002:

‘It is said that the Queen has come to love the Commonwealth, partly because it supplies her with regular cheering crowds of flag-waving piccaninnies.’

He was similarly disobliging to homosexuals, Islam, race, and obesity (‘Nothing but their own fat fault’).  I derive these cuttings from The Guardian in an edition I cherish dated May 1st 2008.  Boris was then running for the Mayor of London, and the Guardian’s anathema was headed: WE KNOW WHAT LONDON IS. BORIS IS NOT LONDON.  It turned out that the Lefties didn’t know London that well.  Boris went on to win London and was re-elected four years later, being helped by having a discredited white man against him.  (The current Mayor, Sadiq Khan, is unbeatable.)  But it is certainly true that the sayings I have quoted could not conceivably be published today.  You could say that the Guardianistas got their man in the end.

Still, the fall of Boris owed little to anything beyond negligence and incompetence, as it seems.  From a charge sheet that stretches beyond eyesight to the horizon I select just one instance: ab uno disce omnes.  DVLA (Driver and Vehicle Licensing Agency) has been a national hissing for years. You need it for a driver’s licence, a common requirement for citizens.  Yet these simple certificates were denied the public for long periods of unexplained delay, to their rage. Boris could have handled the problem easily and quickly.  He had only to re-assign DVLA to another agency, or to appoint a new director with orders to ravage the department with fire and sword.  He did neither, leaving DVLA as it is immortalized in ‘Yes, Minister’.  Sir Humphrey terrorizes Bernard by threatening to send him to the DVLA in Swansea, a city which has its virtues but where the great careers are not hand-crafted.   (His alternative threat is to send him to the Foreign Office–on an individual posting to Israel.)

The ultimate sin of Boris was simply not doing the job.  The departments of Government understood this, and got rid of him.  Weep not for Boris, who ‘as a traveller/Goes to discover countries yet unknown.’.  He will move to a world of endless riches, vaster than Tony Blair’s haul.  His lecture fees will be legendary, and he has the finest telephone address book in the land.  We are left with the Marlovian epitaph, which I have quoted in my title.  The outcome has a certain wry symbolic interest.  You can visit the grave of Christopher Marlowe in St Nicholas Church, Deptford.  But it is unmarked.  The body of Marlowe was thrown into the plague pit, suitable as the rector told me for criminals, spies, and homosexuals. The legacy of Marlowe is his words, not his deeds.