Britain has Heard the Sussex Song Before 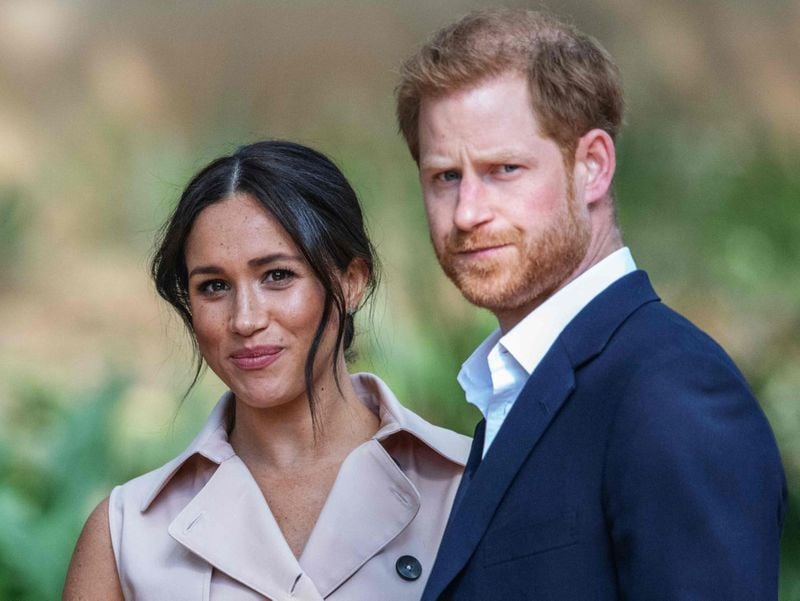 I’m not wild about Harry, and he’s not wild about anyone except Meghan. Towards the British Royal Family he’s just friends, royals no more, just friends but not like before. Harry and brother William are two friends drifting apart, but with more than one broken heart. The story continues and is sad and like the tides of change is predictable but inexorable.

Prince Harry has yet to expose himself to feel what public opinion feels, and to recognize that the world is no illusion, no phantasm.

As the drama of Harry and Meghan unfolds, it becomes ever clearer that Harry is not a figure of tragedy but of self-interested hypocrisy. The Prince is not only dull, but the cause of dullness in others, more a figure of betrayal than of sacrifice.

The psycho-drama of the Duke and Duchess of Sussex is one of spoiled individuals shedding crocodile tears over their fate. In his final speech on January 18, 2020  in London, Harry delivered what was in essence an address about himself, mentioning as always the impact of his mother Diana on him but never mentioning his father Prince Charles who has been financing him.

Eighty years ago, King Edward VIII explained his abdication by saying he could not be king without the support of the woman he loved. In similar fashion Prince Harry explained why he was “giving it up” for the woman he loved. But unlike the consequent action of King Edward in leaving the country, it is not clear that Harry is as direct and straightforward. Harry said, “What I want to make clear is we’re not walking away. We both do everything we can to fly the flag and carry out our roles for this country with pride. The UK is my home and a place that I love. That will never change.” However, he did walk away and immediately left for Vancouver Island, where Meghan is residing with son Archie, accompanied on the flight from London by at least three 3 Met protection officers.

Harry defended himself: “I haven’t always gotten (sic) it right, but as far as this goes, there really was no other option. But in fact there were a number of other options: at one extreme, fulfilling royal obligations in a life to which he was born, and at the other retiring completely from public life and becoming a private citizen. His chosen option is to have his cake and eat it, retention of some privilege and continuation of financial support, at least from his father for at least a year, without fulfillment of official obligations or military duties.

For her part, Meghan, still formally Duchess of Sussex, issued a bizarre curious statement, saying that quitting the royal family was the best thing that could ever happen to Harry. In the royal family his spirit, and hers, was being soul-crushed. Her love for him made their new life possible, and introduce game changers  directed to hack the status quo.  For a long time Harry has played the Diana card. Meghan seems to be doing that with son Archie. Meghan, presumably referring to Buckingham Palace, said she did not want Archie around such a “toxic environment,” one where she can barely breathe. Moreover, she confessed she cannot be the best mother to Archie if she were not her true authentic self. That self is not defined, but to outsiders she is an elitist snob, most happy with Hollywood royalty, not a social justice warrior. She has no immediate desire to move out of the $14 million mansion in Vancouver Island she has been lent. She and Harry do not intend to change their web site or Instagram name. She can now do as she pleases without asking permission. Not the least important is that the Sussex pair they will keep their royal titles, though they cannot use His or Her Royal Highness in public or for commercial use. But they cannot officially represent the Queen at events.

One of the disconcerting features of the actions of the Sussex couple is their criticism, even war, on the media. The world is familiar with the myth of the Loch Ness Monster and the Yeti abominable snowman in the Himalayan mountains. Harry and Meaghan appear to believe in a similar myth, a vendetta by the media against them, suggesting they can make a living by suing the media. Meghan lodged claims against the Daily Mail alleging breach pf copyright,  invasion of privacy, and misuse of personal data after the Mail published excerpts from a letter she sent to her father complaining about his treatment of her.  Harry sued a number of papers, The Mirror, The Sun,  regarding claims that evidence of misconduct involving phone hacking had been concealed and destroyed. In 2019 they got substantial damages from an agency that took aerial photos of their Cotswold home, forcing  them to leave it.

On January 20, 2020 Harry said he wanted to stop the TV series on The Crown before the plot can feature he and Meghan. The latest photo on January 21, 2020 is of Meghan strolling in a park in Vancouver Island  with her son and two dogs, accompanied by two bodyguards, one British, one Canadian. In the phots Meghan was smiling and seemingly at ease. However, the couple are threatening to take legal action over the photos, saying they were taken without her consent  and were an invasion of privacy..

In all the Sussex couple  have six protectors, three British and three from the Royal Canadian Mounted Police. It is still not clear who will pay for the 3 million pounds security arrangements. A recent poll in Canada reports that 73% of Canadians polled, 80,000, did not want their government to pay for the security.

What to do? The ex-royal couple can engage in movie and TV production, Meghan can  resume her acting career, they can start a pro-profit  business, they can be involved in major charity. However, there is no inner conflict between patriotic duty and service to the nation, and desire for a less constrained life. The Sussex want and claim  privacy but they are a celebrity couple. They have spoken of their need for emotional support but they have shown little or no concern for their own families. They are annoyed at the press, but have no understanding of the free speech media. Perhaps they are imitating Diana who was critical of but not naïve about the press and used it to her advantage, as shown in her famous dance with John Travolta.

It may be some consolation that members of the British and other royal families have had financial problems of their own.  It was recently revealed that Crown Prince Frederick and Princess Mary of Denmark have owned a secret ski lodge in Verbier, Switzerland and rent it out for a substantial fee.

In the British family Peter Philips, aged 42 , son of Princess Anne, 15th in line to the throne, and known for his expansive life style advertises on Chinese TV milk from a state owned dairy farm. He is accused of blatant trading. In the ads he uses a replica of the Queen’s coach, saying the words, “I love to drink Jersey milk  It is a privilege  to represent Bright Dairies in the project to bring Jersey milk to China. “He never had HRH status but has been scrutinized for the way he makes money. Peter got 500,000 pounds from Hello Magazine for covering his wedding, he is involved in a number of businesses, including entertainment and sports companies.

He is interested in launching a horse racing private member club in Honk Kong.

Peter is promotor of Chinese company Jersey Cattle Fresh C Milk.  Now he faces competition in the milk war from Lady Kitty Spencer, niece of Diana and cousin to Harry. She has made photo shots using the British Museum which gets a fee for hosting the events, as a background. She endorses a rival Chinese company Saline sold by Chinese Yili group. Interestingly, both Peter and Kitty stress the milk they are pushing is from Jersey cows.

It is saddening to dwell on the continuing behavior of Sussex. In their new life they may do well to recall the words of Machiavelli in The Prince, “We must bear in mind that nothing is more difficult to set up, more likely to fail and more dangerous  to manage than a new system.”