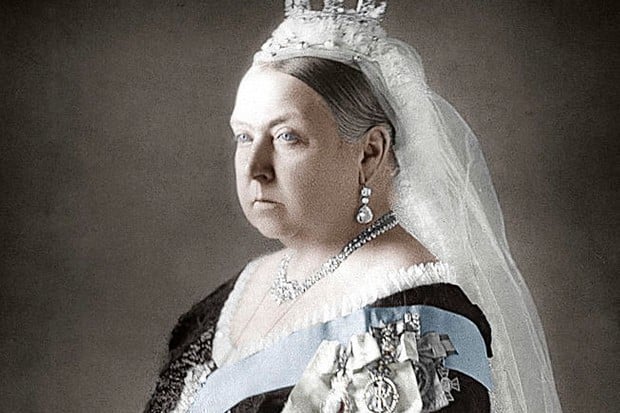 Politics has been said to be more akin to chemistry than to physics, and political events are more explicable and useful for understanding by focusing on different reaction of units with each other, rather than trying to explain the entire universe and attempt to formulate basic fundamental laws. Changing and incomplete interpretations and different points of view inhibit complete objectivity in history or of the present or closure on interpretation of events or policies which are always subject to misunderstanding.

Three comments are in order. One is that commentaries and political utterances and historical analyses and judgments are increasingly propelled by the zeitgeist of the day, especially in this age of influential social media; the second is the issue of whether we should apologize, or even take revengeful action, for what may now be considered shameful history, or for offensive actions of the past and present. The third is the prevalence, in politics, literature, and in the theater, of absurdity, the disparity between statements and policies and reality.

Let us start with mild forms of absurdity and adherence to cancel culture. The Dutch confectioners, Tony’s Chocolonely, has released three new chocolate bars named “Injustice,” “Inequality,” and “Inhuman.” The aim is to increase awareness by shoppers of the use of child labor and slavery in the chocolate industry. About 75% of cocoa is produced in Ghana and Ivory coast in West Africa where exploitation of children is common, and child labor is present on cocoa farms in other African countries. The multinational retailer, Marks and Spencer, rebranded its  “midget  gems” as “mini gems” after a woke protest that “midget” was offensive and is a form of hate speech. A pub on Bewdley, Worcestershire, changed its name from Black Boy Inn to the Bewdley Inn. The Rolling Stones have withdrawn their 1969 song  Brown Sugar, originally called  “Black p…”   because of its presentation of scenes of slavery and sexual violence, including a slave driver whipping a group of women.

Some of the contemporary political utterances resemble science fiction, and a few can be mentioned.  A prominent English writer, H.G. Wells, 1866-1946, who was prolific in many literary genres, is now best remembered for his science fiction novels and is often called  the father of science fiction. In these novels Wells foresaw, among other projections and vatic pronouncements, the advent of aircraft, tanks, nuclear weapons, invisibility, time and space travel.

However, Wells never thought of the devices of aquatic secret agents being equipped with weapons capable of killing. Now we learn in presentations by Arab politicians and commentators that the State of Israel is weaponizing  animals for its military purposes. Israel used dolphins, stripped of their will, for espionage purposes and turned them into murderers.

The Palestinian terrorist group Hamas in January 2022 has named an important agent of the Mossad Israeli national intelligence agency which has had a formidable number of successful operations including the capture of Adolf Eichmann in 1960. Hamas’s naval combat unit had captured the agent, a killer dolphin, equipped with a spear gun-like weapon. Israel does have a fleet of dolphin-class submarines, but Hamas is referring to the mammal, not the ships.

Already, in August 2015, Hamas had captured the enemy, a dolphin, with spying equipment, remote control  camera, and weapon, capable of assassinating its fighters off the coast of  Gaza.

Hamas is not alone in stating the close connection between Israel  and animal killing agents. Egypt in 2010 asserted that Israeli-controlled sharks were involved in a number of attacks on tourists off the coast of the Sharm el-Sheikh resort. Saudi Arabia in 2011 captured a griffon vulture that wore a GPS device and a Tel Aviv University leg tag and detained it as a Zionist plot. Turkey in 2013 knew that birds tagged with Israeli University tracking devices were being sent on espionage missions. Sudan in 2012 captured an eagle with an Israeli flag and regarded it as another Mossad plot. We need a new H.G. Wells to fully explain these Israeli science achievements.

Meanwhile,  the British National Trust continues its new woke policy, its chemical mixture of its discovery of historical achievements, the links between 93 of the famous historical properties it controls and slavery and colonialism. The NT is independent of government controlled operations, but it is a statutory body and has  received considerable funding from British official sources. It has only a tenuous relationship with colonialism or slavery, but claims its policy will give greater transparency to understanding of its properties, art and objects.

The NT has tried to alter history by making force volunteers at one of its properties wear a gay pride symbol,  rainbow symbol, but gave it up.

The head of the NT, Hilary McGrady, declared the trust will continue to “decolonize” the country homes one by one. The immediate question arises is not only whether the NT is acting in disregard of its stated charitable purposes, but also whether its new wokery serves any useful purpose, educational or social? Among the properties being decolonized the most well-known is Chartwell, begun in 1634, a Grade 1 house, the former home from 1922  to his death of Winston Churchill. The house suffers because Winston among other offices was, 1921-2,  government minister for the colonies.

Winston’s father Randolph Churchill  was a friend and admirer of Benjamin Disraeli, the Jewish born political leader and prime minister who lived in  a Victorian mansion Hughenden Manor in Buckinghamshire. The mansion is being examined because of Disraeli’s unwokish acts, bringing about British purchase of the Suez Canal company, and his invitation in 1876 to Queen Victoria to be Empress of India, a title that existed until 1948.

The homes of cultural, as well as political  figures are being scrutinized by the NT.  Allan Bank, the home in the Lake District of William Wordsworth, is being decolonized not because of the 400 books and memorabilia of the poet but because in 1801 his brother Jim had been a commander of an East India Company ship and had captained two voyages to China. It appears irrelevant that the poet for the most part was opposed to slavery.

Rudyard Kipling won the Nobel Prize in Literature in 1907 but his home near Brattleboro in Vermont is being decolonized because he believed in the mission civilisatrice, the belief that the British Empire was a way to maintain order and stability, and by carrying the White Man’s burden, decolonization could help civilize the natives of the colonies.

The Zeitgeist of absurdity has affected so- called educational institutions and literary outlets. Students at Salford University in English literature have been warned on what it calls “content notes” that Charlotte Bronte’s Jane Eyre, 1847, and  Charles Dicken’s Great Expectations 1861, both contain passages they might find distressing.   Jane had an unhappy childhood. Dickens writes of poverty,  prison ships, fights to the death. Warnings have been given of other texts:

They include poems by Dante Rossetti and Robert Browning.

Other popular literature has been drawn into  the absurdity. The adventure book, The Magic Faraway Tree  by  Enid  Blyton, prolific novelist of more than 800 books, has been rewritten by another writer Jacqueline Wilson to limit sexist elements. The characters will still go to the enchanted wood, but to make the book politically correct for the 21st century, emphasis will be on gender equality.

More generally, Oxford University Press on December 15, 2021,  issued a statement asking parents to be more  “adventurous” in reading books to their children rather than limit themselves to classics as most parents do. They should choose books that  contain material on issues such as environment, diversity, and  homeliness, issues which they can then discuss with  their children. In literature on the stage and on the screen, the norm now appears to be that relationships are racially mixed,  and characters are sexually fluid. Will the National Trust discover that this form of behavior was present in the properties it is decolonizing?