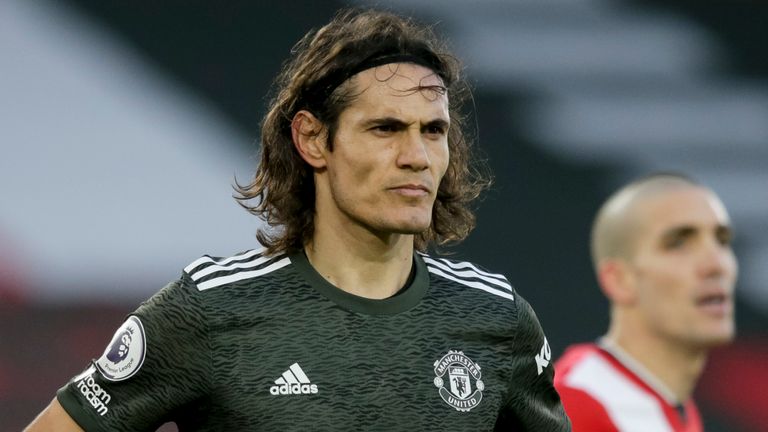 Multiculturalism is the demand that we understand, sympathise with, and accommodate to people of other cultures; but it is also, in logic, the reciprocal demand that they do the same with regard to us. Moreover, if we happen to be more powerful than they, our demand can easily become oppressive and dictatorial.

A good instance of this is the case of Edinson Cavani, a Uruguayan footballer (soccer) playing in England. I am told by those who know about such things that he is one of the best players in the world. After a particularly good match, he was congratulated by a friend on social media, to which he replied, ‘Gracias, negrito’.

Apparently in Uruguayan Spanish this expression has no derogatory racial connotation, being a kind of affectionate mode of address like mon vieux in French, which has no connotation of age, but of course the language police could not be expected to know this, or indeed to make any allowances for it if they did or were subsequently told. Their attitude was rather like that of the American preacher who said that if English was good enough for Jesus, it was good enough for him: and the word negrito obviously has some philological connection with the n-word insult in English, which was enough for the authorities to take umbrage on behalf of the wretched of the earth, notwithstanding an immediate and abject apology by Cavani and his club, Manchester United, for any offence caused.

This was not enough for the Football Association, the governing body of English football. It suspended Cavani for three matches and fined him the equivalent of $135,000. Cavani had pleaded guilty to a charge of having breached the FA’s code of conduct with regard to racial etiquette. No doubt he did so in order to put the whole affair behind him as soon as possible, but also because his punishment might well have been more severe if he had contested the charge and had still been found guilty. Here is encapsulated the whole evil of the system of plea bargaining, which completely undermines the rule of law: plead guilty even if you are innocent for fear that you might lose the game of poker that justice has now become, and thus suffer a worse penalty.

Having admitted his guilt, of course, Cavani could not appeal, at least against conviction. An appeal against the grossly disproportionate ‘punishment’, or rather the arbitrary imposition placed upon him, would quite likely have resulted in an outcome the opposite of the one desired, for it would have indicated to the FA a level of contrition much lower than the one required. It would also most likely have infuriated the FA, itself acting from the moral cowardice that seems to have overtaken almost all authorities in the country, and caused it to lash out.

The football club, one of the most famous in the world, said that it accepted the decision of the FA ‘out of respect for, and solidarity with, the FA and the fight against racism in football.’ This was despite the fact that it also accepted that Cavani had intended no racist insult and had never been a racist. With a fine moral sensibility worthy of Uriah Heep, it went on to ask the FA to ‘invest’ the $135,000 fine in ‘anti-racism initiatives’, most likely the employment of someone to sniff out racial offensiveness as the Spanish inquisition was supposed to sniff out Judaizing tendencies or secret Jewish renegades among the conversos. There are employment opportunities, clienteles to form, and money to be made, in occult racism.

What was Cavani’s error (one can hardly call it a crime, at least in the moral sense)? He was not multicultural enough to understand the linguistic sensitivities of the bien pensant authorities by whose grace and favour he was able to earn sums that made $135,000 to him what $135 would be to me. He did not realise that under this dispensation, mere absence of intent was not enough to prove innocence, and was not even a mitigating circumstance: that the system was one of absolute liability against which there was no defence. He was guilty of racism in the Stalinist sense, that is to say he was ‘objectively’ racist in the sense that, in the Soviet Union anyone could be deemed ‘objectively’ an Enemy of the People even while leading a life that would normally be considered harmless and unobjectionable.

It is not necessary for anyone actually to have been offended for an utterance to be considered offensive; on the other hand, if someone has taken offence at it, this too proves that it was offensive. That the person who took offence was a paranoiac whose outrage was completely unreasonable, or expressed in the hope of compensation or some other advantage, is no defence, for one of the criteria of offensiveness is simply that someone says that he has taken offence, the other criterion being somewhat more Platonic, namely that someone might take offence.

No doubt the fact that Cavani could easily afford to forgo the $135,000 of the FA’s act of theft from him under guise of punishment somewhat reduced public sympathy for him. The fact is that popular attachment to the rule of law is rather weak when some highly privileged, rich or advantageously-placed person is treated badly: which means, of course, that the attachment to the rule of law tout court is weak, and therefore is easily undermined even in a democratic state. Democracy, after all, is perfectly compatible with tyranny, and we seem to be moving in its direction.

I first realised the ironies of multiculturalism when a British newspaper sent me to report on the mass drunken loutishness of British tourists in Spain. I was appalled. It made Fellini’s Satyricon look like a Japanese tea ceremony. When I asked the participants in the perpetual public orgy whether they were not ashamed to behave in the way that they did, they replied with the unanswerable multiculturalist reply, ‘It’s our culture’: which, alas, it now was. And it has become our culture to purloin the money of a Uruguayan for using a word in his own language whose meaning and connotation we do not know or care about.

PrevWhy Is Farhad Khorasani Not Disbarred?
The Nature of the Chinese ThreatNext