To London to observe a march against Islamic terrorism, organised at short notice by supporters of Chelsea FC, the West London premier club. Fans of all other clubs were welcome. I missed the second of the Football Lads Alliance marches through central London two weeks ago as I was abroad. However then, thousands, of mostly men, marched in near silence through London without incident. I am told that the ranks included quite a few women, black football supporters, Sikhs and prominently, Military Veterans groups.

However, despite their efforts, game and well-meant I believe, to try and convince the media and those on the left that they are inclusive, non-racist, as those of us who have studied this for many years know, this is futile. To this end they withdrew the invitation to speak from a woman Stand Up To Racism (SUTR) expressed disapproval of. On the day they asked Tommy Robinson who was covering the march for Rebel Media (his video here) to leave. They even asked for a meeting with Diane Abbott, Jeremy Corbyn’s former inamorata, to discuss their lack of racial prejudice.

They should have saved their breath to cool their porridge and not insulted men and women who have worked tirelessly for the movement for many years.

Even former darings of the left like homosexual campaigner Peter Tachell, and veteran feminist Germaine Greer have recently been ‘No Platformed’ for not following the latest trend in gender politics and multi-culturalism. Even  TV Channel 4, since being rapped over the knuckles for Undercover Mosque, one of the most left-wing around has been censured this week for a programe attempting to show how much ‘islamophobia’ is suffered by poor veiled Muslim women. In order to awaken the consciences of white women who admit they don’t know much about Islam they filmed a midddle-class Englishwoman living with a Muslim family for a week, made up and dressed to blend in, and experiencing ‘islamophobia’ first hand. Cue the screams of how dare this white woman dress in ‘blackface’.

As in Stalinist Russia anybody who does not slavishly conform to the prevailing, or emerging orthodoxy is reviled and will be anathema. But we all make mistakes; the trick is to learn from them. The Chelsea Lads decided not to beat about the bush – their march was unashamedly against Islamic terror and the Islamic grooming gangs.

No surrender to Islamic terror: Our kids ain’t for grooming. 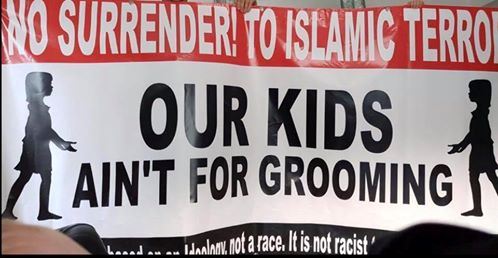 They were due to muster at Aldgate East underground station for a march to City Hall on London’s South Bank, HQ of the Mayor of London, well-known Muslim, Sadiq Khan. Or as Katie Hopkins calls him, Mayor Khan’t.

I was expecting a counter demonstration. After all Socialist Worker has been at the forefront  of condemnation since the first FLA march in June. The UAF posted this on their facebook page after the event. Except, there was no counter demonstration (and from the wording I don’t think they were actually claiming there was one) and the march did not go past the East London Mosque. It went south, away from Whitechapel,  across Tower Bridge to City Hall. 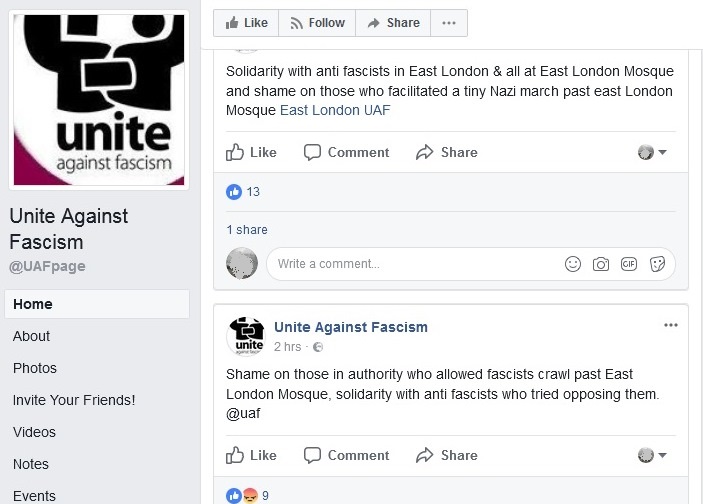 They couldn’t even spare a comrade from their conference in Euston today to observe and get their facts right about the route of the march. Oh dear! It wasn’t a secret either.

This was the scene outside the East London Mosque, 10 minutes after the march moved off towards City Hall. Some police vans, no police officers, and worshippers leaving the men’s entrance totally unconcerned. 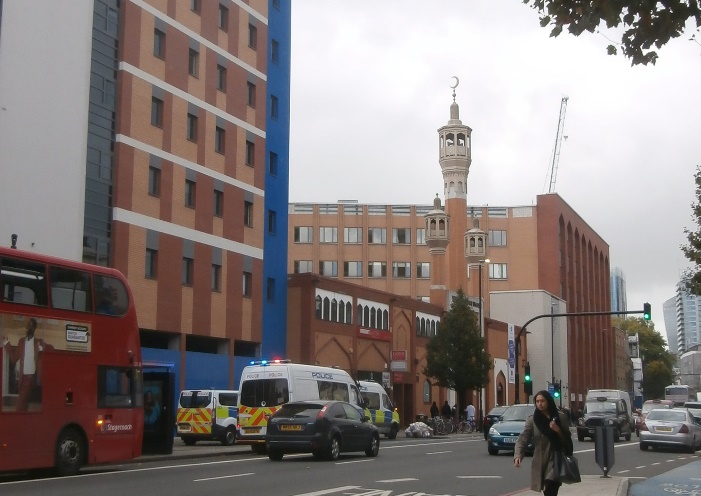 Altab Ali park was quiet, all I could see was Mums with prams. I couldn’t be in two places at once, so while I was in Whitechapel looking for the non-existent counter-demonstration by the brave comrades of the UAF/SWP/SUTP #jumponthebandwagon/ a trusted friend was at Aldgate East to follow the march. He also took photographs

This is them being escorted by the Tower of London towards Tower Bridge. The turnout was probably 150 men. 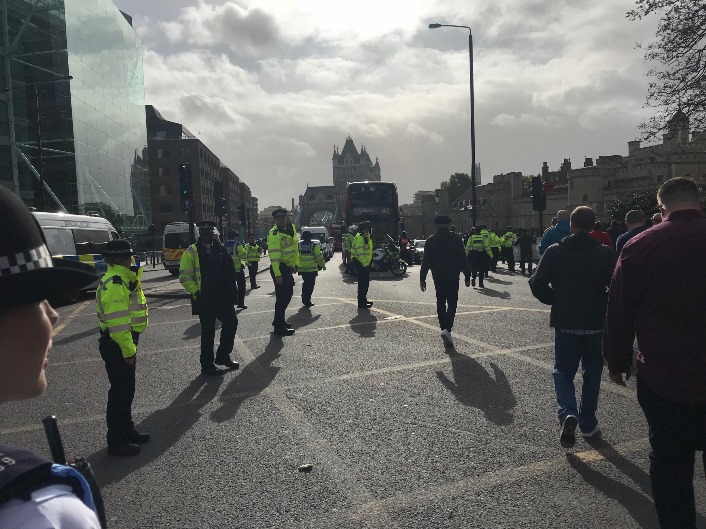 And this is the speeches which I am told were succinct but to the point, on the matter of the organised Islamic rape/prostitution grooming gangs. For those who don’t know London City Hall is the round asymetrical building at the left edge. 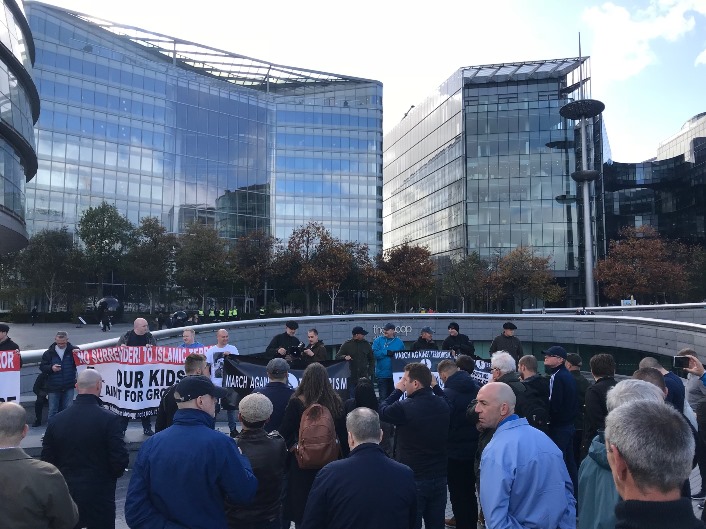 Then the march dispersed to go about the rest of the days business.

There will be more of this; different groups in their own towns and cities. Public awareness is high and rising further. Be warned.