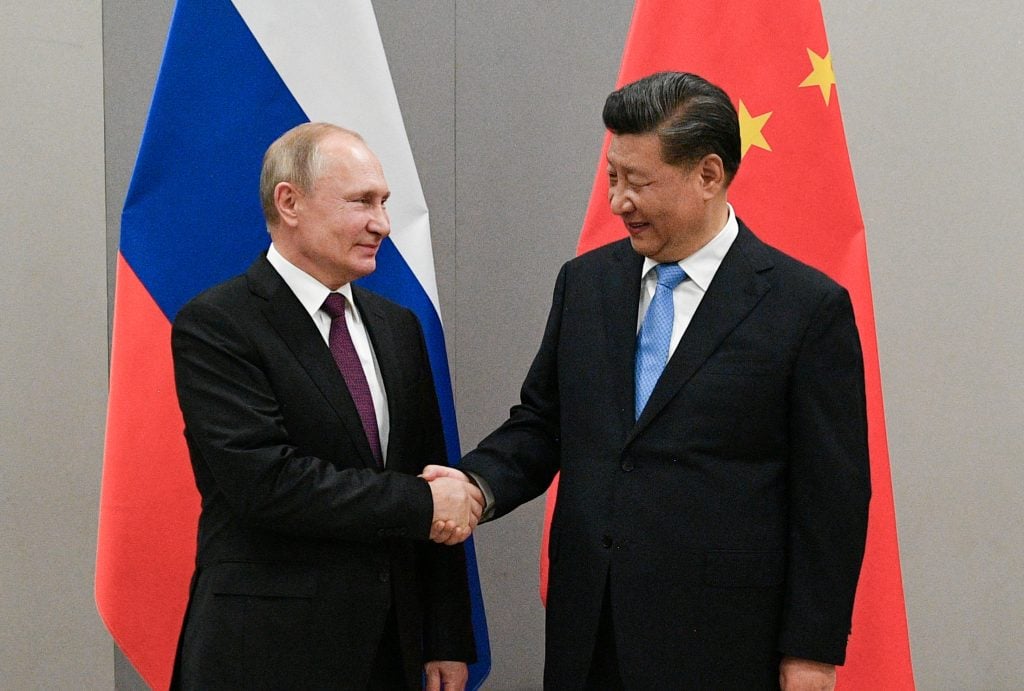 China’s tantrums in the wake of Nancy Pelosi’s Taiwan visit — military drills and severance of diplomatic contacts in a number of areas detailed by the New York Times seem to point to Chinese fears in the wake of the Ukraine war. The war started with Russia’s diplomatic recognition of territorial independence of areas that lie within Ukraine’s international borders — so, extending the logic to China/Taiwan, what’s stopping the US and others from doing what Russia did, and recognizing Taiwanese independence? The very thought freaks the Chinese out; yet in Ukraine, Russia showed the way. (I wonder whether Chechen separatists, though brutally suppressed by Khadyrov, are also having thoughts!)

And Ukrainian resistance does nothing to allay other Chines fears, either. Far from getting intimidated into submission in February in the face of the Russian armada massed around Ukraine’s borders, Ukraine refuses to surrender even under the blows of its numerically superior invading army. Ukrainian resilience, and support of the West, are setting very bad example for the Taiwanese, insofar as Mr. Xi is concerned.

So it is perhaps no wonder that, seeing Ms. Pelosi’s visit in the light of what is now transpiring in Ukraine, Mr. Xi decided to intimidate America into abandoning all thoughts of supporting Taiwan, and to sow fear in Taiwan itself. — all to help fulfill his dream of “rejuvenating” China via absorption of Taiwan.

The problem of course is that Taiwan, being free, is much more vibrant than the Communist China, and should set example for it, rather than submit to Communism. Chinese rejuvenation — if it is to be desired — should come not from enslavement and subsequent dumbing down (or, “reeducation”) of the Taiwanese to the subservient mental level of the continental, Communist Chinese — but from bringing Taiwan’s freedom into the continental China. Slavery (and Marxism is slavery: it denies agency to individuals, seeing history as mere mass movements propelled by “historical forces” that are as ineluctable as those that govern the inanimate nature) does not rejuvenate; liberty does. If Mr. Xi wants to rejuvenate China — and to bring it Taiwan, for that matter — he should, first and foremost, dump Communism and establish freedom. Demonstrations at the Tienanmen Square were a step towards Chinese rejuvenation; their brutal suppression (which Mr. Xi managed to replicate, on a grander scale, in Hong Kong, and is now trying to extend to Taiwan), is not rejuvenation by any stretch of the imagination.

There is an amusing, but enlightening dialog in the Fiddler on the Roof, where Perchik, a Communist, proposes to Tevie’s daughter. To broach the subject of marriage, he throws all kinds of social definitions at her; to which she keeps appending one key word: “affection.” Mr. Putin and Mr. Xi want love from Ukraine and Taiwan — tough love based on dogma, be it nationalist or Communist, not affection. Like Perchik, they see love as a political and social alliance without an emotional union. And that is what they try to achieve, using force (Mr. Putin is on record, citing on the eve of the invasion, a Russian rime describing tough love, “whether you like it or not, my beauty, you’ll have to suffer through it”). So far, he achieved just a mountain of corpses — and not just Ukrainian, but Russian, too.

Admittedly, Putin and Xi do not care. They don’t need to bear the costs of bereavement and grief. Russia and China are not democracies, and there is no need for their rulers to seek public approval, or to fear public’s displeasure. Still, public apathy that precludes an active rebellion is one thing; active hate is another. Enslavement of those who are free (which is what is happening in Ukraine and is planned for Taiwan) engenders hate — something that, as Machiavelli warns, a ruler should strive to avoid at all costs. It is something that both Putin and Xi should keep in mind as they seek further conquests to feed their respective grandiose visions of a glorious empire in the case of Putin, or of the triumph of Communism in the case of Xi.