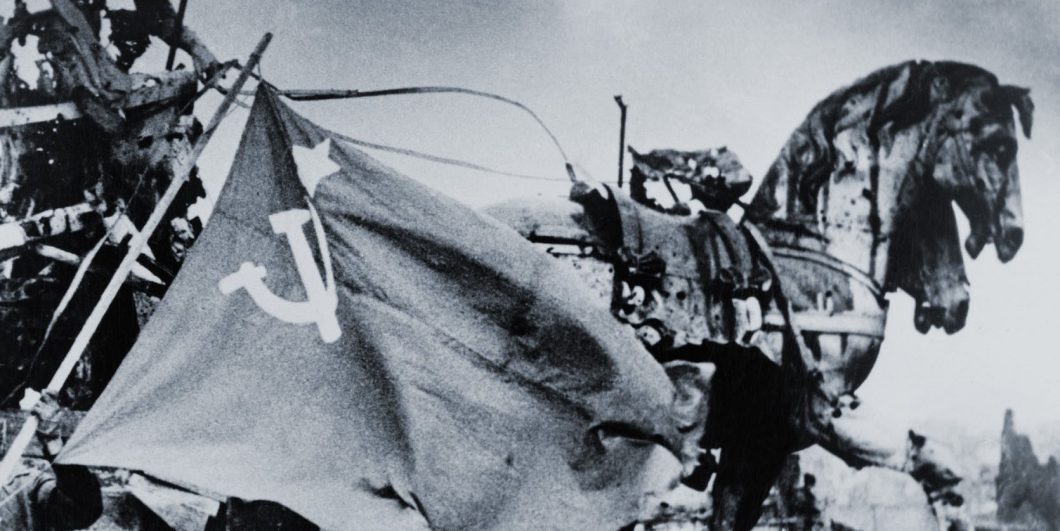 Many years ago, for a reason that I cannot now remember, I read In Darkest Germany, a short account of a visit made by the British left-wing publisher, Victor Gollancz, to Germany in the immediate aftermath of the war. He found the country devastated and the people starving.

I have long since forgotten most of the contents, but one episode has remained with me ever since. Someone said to Gollancz that, in his opinion, the Germans fully deserved to suffer and to starve. Gollancz replied, “And the children?”

In these three simple words, Gollancz brilliantly exposed the cruel folly of ascribing collective guilt to whole populations. In his recent study of Europe’s post-war recovery, Ruin and Renewal, Professor Paul Betts, mentions Gollancz and his propaganda campaign to get the western allies to treat the Germans with humanity rather than with punitive harshness. This was not altogether a popular cause at the time, but the campaign was all the more effective because Gollancz was Jewish and had published a large number of books before the war about the danger posed by Nazi Germany. His view soon prevailed, allowing Western Germany not only to recover economically (by 1953, its exports were greater than Britain’s or France’s) but to rejoin the comity of nations.

Insofar as this rather disjointed, formless, and meandering history of both Western and Eastern Europe from the post-war years right up to the present has an organizing principle, it is the concept of civilization and the uses to which it has been put. The meaning of the word has shifted, for it is inevitably loose, as is the meaning of the word culture; but as Aristotle tells us, we should not demand of words more precision than they are capable of bearing.

From the Archives of Soviet Propaganda

Besides this flaw, the book is strewn with elementary errors that even a non-historian such as I noticed (the author is a professor of European history at Oxford). It places Aztec ruins in Peru. There is a photograph of Haile Selassie that labels him as president of Ethiopia. I knew he was an emperor by the age of ten through collecting stamps. The writer J.B. Priestley is called a philosopher, which not even his most fervent admirers (who are not now very many) would call him. The campaigning, communist-sympathising journalist and historian Basil Davidson is called an archaeologist. Very near the beginning of the book is a highly dubious claim: the Second World War, the author says, is “the first war in modern history in which civilian casualties far outnumbered soldier deaths.” This claim depends in part on how you define modernity, of course, and perhaps on how you define war. In the Thirty Years’ War, for example, far more civilians died than soldiers, as they did in the Peninsula War and the American war of occupation of the Philippines. If the Russian Civil War counts as a war, it is another instance of more civilians than soldiers dying in a modern war.

Falsus in uno, falsus in omnibus? Not necessarily; but such errors undermine the confidence of the reader.

More important than these errors is a fundamental lack of understanding of just how terrible the communist system was, and a complete absence of imaginative grasp of how that system worked. I take as an example a passage about the so-called peace movement in the Soviet Union after the war.

Soviet peace politics were not restricted to international diplomacy, and had domestic resonance. In the late 1940s the “struggle for peace” became a common phrase in Soviet popular press, and enabled citizens to engage more directly with foreign policy objectives. . . . The Struggle for Peace media campaign was intensified to mobilize popular support against the West after the outbreak of the Korean war in 1950, and to drive home the point that the USSR was a champion of the oppressed and the global defender of peace. Many letters by factory workers, housewives, and ordinary citizens were sent to the Committee in Defense of Peace in support.

This passage comes straight from the Beatrice and Sidney Webb school of Sovietology, as if neither Nineteen Eighty-Four nor Animal Farm had ever been written. The charitable interpretation is that the author seems to have burrowed in archives among documents and books and taken what he found at absolute face value, without critical appraisal or thought. It seems not to have occurred to him to look for articles in the Soviet “popular” press or letters written by citizens arguing against Soviet policy or acknowledging that North Korea started the war, or to wonder why there weren’t any. Here it is worth considering the difference between the letters in support of North Korea written by factory workers in the Soviet Union in Stalin’s time and those letters of denunciation of their neighbours written by those whom the author calls “ordinary people” to the Gestapo in Nazi Germany and Occupied France, as examined in, say, Robert Gellately’s The Gestapo and German Society or André Halimi’s La délation sous l’Occupation. Very little imagination is necessary to grasp the difference, but the author does not have it.

When I read this passage to a friend whose formative years had been spent in the Soviet Union, he reacted with contempt. Either the author understood nothing, he said, or he was a Soviet sympathiser: and, indeed, several times in the book the author appears to relativise the horrors of the Soviet Union in order to reduce them. Here, for example, the author mentions rape by Allied soldiers:

Mass rape took place on a shocking scale. In Vienna, 87,000 women reported by clinics to have been raped in the aftermath of the liberation; in Berlin, the numbers were much higher, and across Germany it is reported that as many as 2 million women had been brutally victimized. Most of the assaults took place at the hands of Red Army soldiers, though it is often forgotten that the US Army was reportedly accused of raping as many as 17,000 women in North Africa and Western Europe between 1942 and 1945.

Of course, even a single rape is a horrifying experience for the victim, and the figure of 17,000 rapes, if accurate, is disgraceful: but such a number committed over three or four years in a very extended geographical area is of different order of intensity from 2,000,000 rapes committed in a few months in part of one country. Where would a woman rather be: in an American-occupied zone or a Soviet one? The very question is absurd. That the Soviet Union suffered incomparably more from the Nazis than the United States is true, but at the most this would be a partial explanation rather than an exculpation.

Here is another example:

On the one hand, Westerners used human rights as a cudgel with which to bash Soviet despotism behind the Iron Curtain. . . . On the other, the USSR never tired of pointing out the hypocrisy of the West, depicting Western poverty, unemployment, and welfare neglect as human rights violations of various kinds.

As a bare statement, this is correct. This is how the argument went. But surely it calls for some assessment of the justification on either side, some weighing in the balance. That the West was often hypocritical is true, politics and hypocrisy being inseparable. Appalling atrocities were committed by European countries in the wars of decolonisation (oddly enough, he fails to mention one of them, the suppression by France of a nationalist rising in Madagascar in 1947, which for some reason usually passes under the radar of critics of colonialism). The Vietnam war, however justified it may have been by the desire to halt the march of communism, was carried out not only incompetently but with appalling indifference to human life. But the atrocities of the Soviet Union and other communist regimes were not hypocritical in the sense of being in contradiction to their ideology: they were, besides being greater, the logical and practical consequences of that ideology.

Scold the West, but Not the Rest

Despite its title, there is very little in his book about the astonishing economic recovery of Europe, especially of West Germany, after the war: the Wirtschaftswunder does not get a mention, nor does Dr. Erhard. The preconditions of this recovery are and were surely worthy of some reflection, which they do not get here. No doubt Marshall Aid helped, but no matter how much water you pour into sand, it will not become granite. Some other ingredient is required. What?

The most interesting chapters of the book, apart from that on western reactions to the ruins, both human and physical, that were Germany in 1945, relate to decolonisation, particularly of Africa. Even here, however, the author does not reflect on the ironies of history. He mentions Nkrumah of Ghana, Nyerere of Tanganyika, and Sekou Touré of Guinea several times as anti-colonialist leaders, without also mentioning that Nkrumah inherited a relatively flourishing economy which he ruined in short order while instituting a far less free polity than the one he started out with; Nyerere instituted a dictatorship in which about 70 percent of the peasanty (90 percent of the population) was herded against its will into semi-collectivised villages, such that the country grew unnecessarily poorer; and Sekou Touré’s reign of terror and economic breakdown was so terrible that a large percentage of the population fled. Worth a mention, one might have thought.

There are not many jokes in this book, but some humour is to be found: “Assistance towards Africa was a popular cause in Eastern European countries, and found its way into Eastern European everyday life…” Try telling that to a Romanian who often spent three hours queuing for a few potatoes and who never saw an orange in his life!

This is not a good book. Its historical sensibility seems to be that of officialdom and the political class, at least of certain polities. It is badly organised without much of a guiding thread, and it reads like a collection of essays that hang together rather tenuously.

The recovery of Europe from desolation deserves better.