Conference is Not A Priority on Israel and the Palestinians 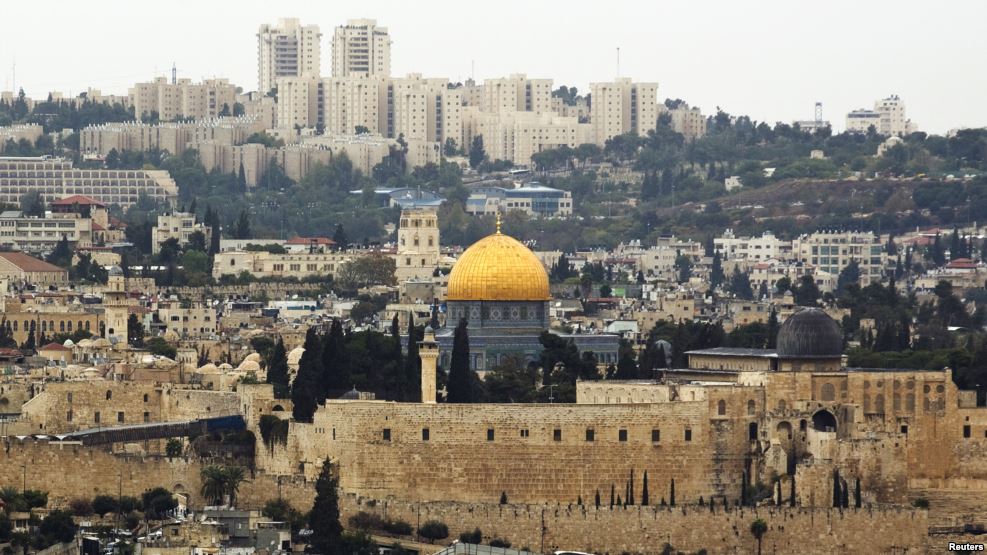 It’s deja vu all over again. Another peace conference is being held in Paris on January 15, 2017 to stress and reaffirm international support for a two state solution to the Israeli-Palestinian conflict. It will be attended by foreign ministers of 70 countries but not by an Israeli or Palestinian representative.

French President Francois Hollande had already on June 3, 2016 hosted a preliminary conference of 30 countries and international organizations in Paris with similar intent. It’s now June in January. The difference between June and January was that France now intends first to hold the conference, followed by a separate meeting between the Israeli and Palestinian leaders to present them with the recommendations of the conference in a more private setting.

Apparently some form of benefits package worked out at the June meeting was to be presented to the two sides in the hope it would entice them to reopen talks. The international community working through flexible groups would deal with three areas: civil society; institution and state capacity building; and economic assistance. The last of the three would primarily benefit Palestinians.

However, the project, if well meaning, is both naïve and not as ambitious as it appears on first sight since most of the proposals are similar to projects already in existence or to ideas already discussed. In any case the Palestinians are more likely to benefit from the arrangements than are the Israelis.

It is an intriguing coincidence not only that Holland like President Barack Obama is reaching the end of his term of office but also that at this stage both are anxious to play a decisive role in the Israeli-Palestinian issue. However, both are arguing for the wrong reason. Both leaders, eager to secure a foreign policy legacy, feel it is urgent to act because they believe their objective, the creation of a Palestinian state, with which they are most concerned, is less likely to occur because the situation in the area, with continuing acts of violence and increasing Israeli settlement activity, is worsening and harmful for that objective.

With hopeless timing, the Paris conference follows the infamous UN Security Council Resolution 2334 of December 23, 2016 that condemned the Israeli presence, now 400,000, in the West Bank and 200,000 in east Jerusalem, and called for a halt to Israeli settlement building in what is considered to be Palestinian territory. To its disgrace the US by abstaining allowed the resolution to pass by a vote of 14-0. Interestingly, before the vote President-elect Donald Trump called for the US to veto the resolution saying, “we cannot continue to let Israel be treated with such total disdain and disrespect.”

It is important to recall the extreme nature of 2334. That resolution reaffirmed that “the reestablishment by Israel of settlements in the Palestinian territory occupied since 1967 including East Jerusalem, has no legal validity and constitutes a flagrant violation of international law.” This means that the Western Wall in Jerusalem and the nearby Jewish presence are not only illegal but are considered a major obstacle to the achievement of the two state solution.

The French initiative for a conference was made tempting with promise of incentive packages for both Israel and the Palestinians if agreement could be reached on a peace arrangement. It is laudatory that each people understand the basic needs of the other party. But there is a basic asymmetry in the situation. There are legitimate disagreements on Israeli settlements, but the state of Israel threatens no other nation or people. On the contrary it seeks satisfaction of its security needs and defense against unending terrorist attacks, most recently in the truck attack in Jerusalem. Israel is not reinforcing the worst stereotypes of Palestinians or Arabs or Muslims when it accuses them and responds to terrorist attacks.

It is time for the international community to consider the real nature of the problem. The Israeli-Palestinian conflict exists and has always existed because of the refusal of Palestinians to acknowledge the right of Israel, a Jewish state, to exist. The US administrations, particularly Secretary of State John Kerry, have forgotten the statement of Madeleine Albright in March 1994 when she was US Secretary of State, “We simply do not support the description of the territories occupied by Israel in the 1967 war as ‘occupied Palestinian territory.’”

The solution can only come through negotiations between the two parties, bilateral talks, and not by statements or intervention by the US, the UN, or any other nation or international body. It should be unmistakable that peace would ultimately only come through bilateral arrangements. This has been reiterated innumerable times by Israeli leaders, and by well-meaning foreign leaders. One is British Prime Minister Theresa May, sharply critical of Kerry’s speech of  December 28, 2016, remarked that “negotiations will only succeed when they are conducted between the two parties, supported by the international community.”

A second is President Hollande, while explaining the objective of the conferences he hosted said, “we cannot substitute for the parties.” French initiatives aimed at providing guarantees that peace between the two peoples “will be solid, sustainable, and under international supervision.” One may ask if peace will only come about by Israel and Palestinians and  nobody else and only bilateral negotiations can succeed, what is the point of  the conference?

The first requirement is to end the non-magnificent obsession or hallucinations with Israeli settlements. Once again Secretary Kerry in his speech of December 28, 2016 defending the US abstention at the UN, made as his essential argument that settlement building makes the possibility of a 2 state solution less likely. With considerable exaggeration, he held that Israel’s actions were putting the 2 state solution in “serious jeopardy.” For Kerry the Israeli settler agenda is defining the future of Israel, and ongoing settlements create tensions and prevent the move to a two state solution. The answer to Kerry again came from Prime Minister May: “it is clear that the settlements are far from the only problem in the conflict. In particular the people of Israel deserve to live free from the threat of terrorism.

The root of the conflict is the refusal of the Arab world, in the past, and Palestinians to recognize the validity and legitimacy of Jews to have a state in their historic homeland. It is also undeniable that Palestinians play on frustration using  the Palestinian Narrative of Victimhood  to promote an agenda of hate.

The way forward can only come with Palestinian willingness to negotiate after the reconciliation among the feuding Palestinian groups, and with the unity of West Bank and Gaza Strip. Noticeably, in March 2014 a framework agreement proposed by Kerry on 4 core issues, borders, Jerusalem, security, and refugees, was rejected by Palestinian President Mahmoud Abbas.

In the Middle East there are important issues for international conferences which should have high priority. It is mistaken to argue that the Israeli–Palestinian  issue, if not dealt with, will continue to fuel frustration, and increase radicalization, violence, and terrorism. Secretary Kerry had argued the necessity and urgency to implement the 2 state solution. But the highest priority is to deal with Islamic terrorism and continue the war against Radical Islam.

To his credit John Kerry has spent countless hours engaged with the issue and exploring and advancing the prospects for peace. He had approved the fact that more than one half of the us foreign military financing goes to Israel, to help sustain Israel’s qualitative military edge. There is no doubt he was captivated by the country.

Therefore, it is a pity he is mistaken in his sense of priority for three reasons. One is that though one can understand the problems, violence, terrorism, incitement, they are not related to any Israeli activity,

Secondly, Israeli settlements are not contrary to the prospects for peace. The settlers’ opinion is not relevant to the question of a Palestinian state. Thirdly, he is mistaken, as is most of the international political left, in the belief that Israel cannot be both Jewish and democratic.

Kerry’s successor as Secretary of State should adopt the right priority and make crystal clear that the best and only road for peace between Israel and Palestinians is not international conferences but direct negotiations between the two parties and the recognition by Palestinians of Israel as a legitimate state.

PrevDoes the Paris Communique Impose the “Auschwitz Border” on Israel? – Part 2: An interview with Shoshana Bryen of the Jewish Policy Center
Medical CorrectnessNext