“The only virgin in my town is the olive oil.” -  Alfredo Cotsamano

There was a time when I thought a virgin was a blind date, a girl or chap that, for whatever reason, didn’t get out much. And then as a tween, I heard the expression “extra virgin,” a hint that there might be more than one. 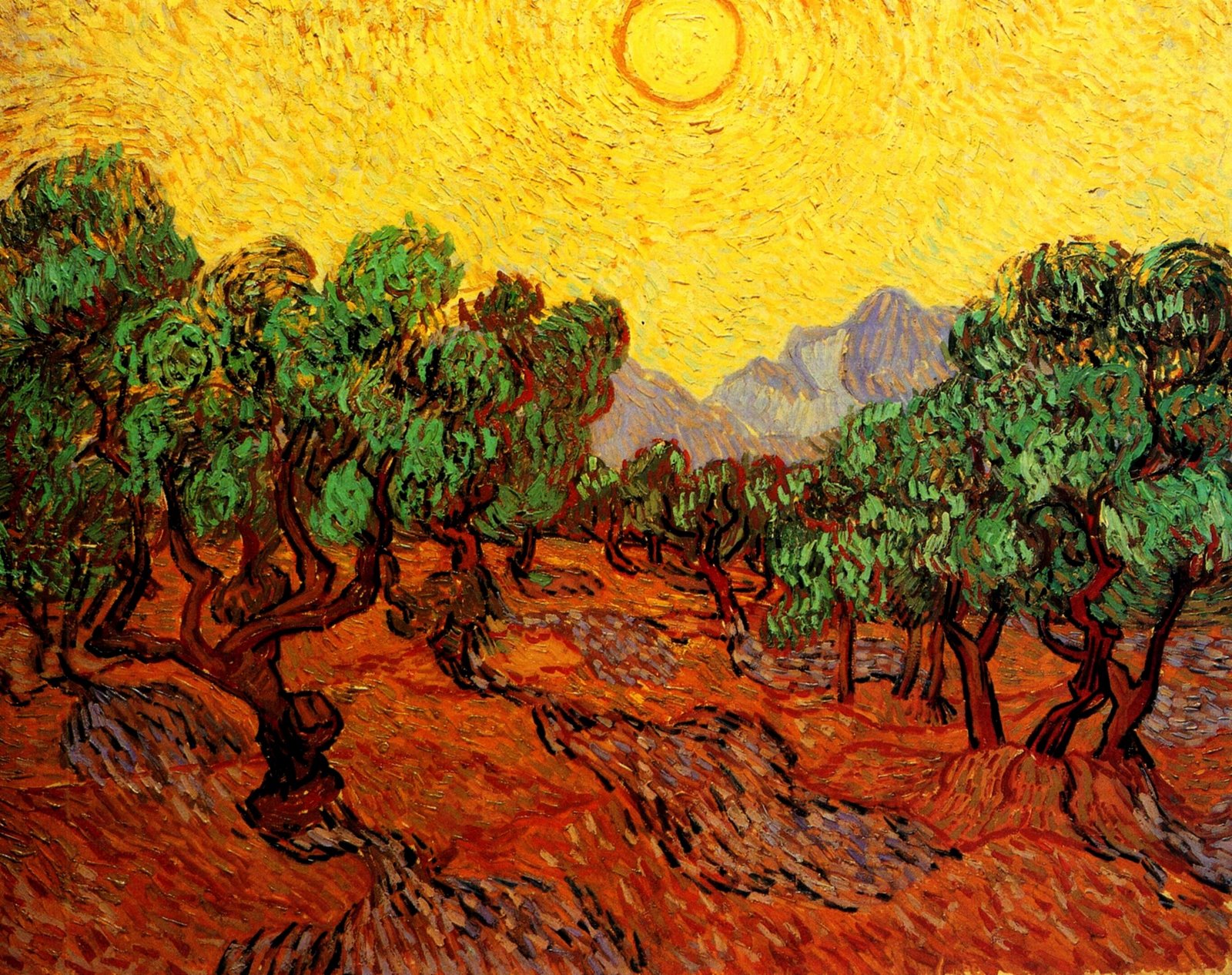 While in Italy, shortly after leaving high school, I was further confused by the news that extra virginity was a superlative reserved for the crushed not the unbroken. After a few months in Milan, I came to know that enhanced virginity was the sheen of hyperbole that glossed many things Italian, especially foodstuffs. Alas, over time, I never could quite give up the idea that virginity was an absolute; and like true virtues, no adjectival partners were required.

Now, any lingering illusions about Italian culinary or civic modesty have been crushed too. No, it has nothing to do with Berlusconi; although, the Italian prime minister’s escapades may have set a new standard in Europe even for French husbands. My disillusionment came from Tom Mueller’s exposé: Extra Virginity; the Sublime and Scandalous World of Olive Oil.

Mueller’s book is like reading a biography of that former beauty you never had the courage to ask out. Turns out she aged badly and now feels compelled to tell us that she had more guys than a scout jamboree. Many things about dating and eating are better left unsaid. Not so for Tom Mueller.

Mueller’s Odyssey through the sordid world of green fruit is like that. The olive business makes the sausage industry look virtuous. Early on, we learn that most oil isn’t virgin or anything close; and much of what is labeled "extra virgin" might not even come from olives. Adding insult to injury, that oil with all those Italian labels might not come from Italy either. And when we read that these slippery shenanigans are subsidized by Brussels; we begin to understand how horsemeat morphs into hamburger in Dublin these days. What’s next; Shetland pony pie, Man-O-War meatloaf?

Bertolli, which controls eight percent of the world olive oil market, doesn’t grow a single olive. They simply buy bulk oil from wherever, “process” it to an artificial level of taste consistency in Milan, and float it worldwide under an Italian flag. Bertolli was a subset of Unilever, the London based food monolith that brings you such delicacies as palm oil and margarine.

The margarine versus butter brouhaha is similar to the olive wars, a clash between quality small producers and distribution giants whose concern for customers is subordinate to the bottom line. We now know that margarine and all those faux butters are not only inferior, but many might be health hazards. Sadly, the dirt about chemical margarine is not widely dished and the damage has already been done to superior dairy over the years. Quality is nearly always the price of cheap.

“Olive oil is one of the most frequently adulterated food products in Europe; the problem is especially acute in Italy, the leading importer, consumer, and exporter of olive oil and the hub of the olive oil trade.”

Olives are fruit not vegetables. They come from the family drupe; like peaches, flesh over stone and seed. Good oil is a simple yet fragile process. Like grapes for wine, olives need to be picked fastidiously and squeezed as soon as they leave the tree. The oil is extracted in a cold centrifuge, leaving a pomace of skin, pits, leaves, and twigs. Pomace is then cooked, with high heat, to produce inferior oil derisively called lampante, literally lamp oil. Low quality or oxidized olive oil has traditionally been used for erotic recreation, sport, soap, lubricants, and lamp fuel. Pardon any redundancy.

The enemies of fine edible oil are air, light, heat, and time - all of which promote oxidation and rancidity. The best oil, like young love, comes with the first squeeze. Bruised or uncured olives or their oils lose taste and nearly all other nutritional merit over time. Old olive oil, like socialized medicine, looks better than it works.  Knowing an oil’s "sell-by" date doesn’t help much either. Sell-by dates are tied to bottling, not harvest dates. Big producers regularly mix old oil with new for taste consistency. Bottled yesterday tells you nothing.

Most oil labeled “virgin” or “cold pressed” is probably a fraud. At least one mobster claims that 98 percent of Italian oil isn’t “virgin” or excellent by any metric. Mafioso are experts on such matters. Most supermarket oil is spun not pressed in any case. Oil is then larded with other adulterants to stretch the product and standardize the palate. Additions commonly include older olive oil, lampante, vegetable oil, nut oil or any combination. Like margarine, cheap supermarket olive oil is a chemical concoction. Pomace oil might be the most dangerous additive as heat extraction creates carcinogens.

So what’s a sous chef or ordinary kitchen klutz to do? You might want to choose what you eat as you would a mate. Know where the comestibles have been before you put them in your mouth.

Any volume oil retailer is likely to be far removed from growers. Oil middle-men have few incentives to worry about quality; hyperbole like “virginity” and “cold pressed” are market gimmicks. Retailers, distributors, and labels are all co-conspirators in the oil quality hoax.

Not that any of this diminishes the virtue of good fresh olive oil or its health benefits. The trick is to find an honest bottle. Start with price. Any oil selling for ten bucks a liter is going to be refined lampante. Next, find a grower that bottles oil with a harvest, not a sell-by, date. Fresh oil needs to be stored in a cool, dark, oxygen deprived container; not in your kitchen window. Even excellent oil, more than two years old, is probably going south. Yes, you can freeze oil. The internet is ripe with small, honest producers and sellers.

The Alexiev family of Allure Estates, Templeton, California is an example of a low volume, high quality, and organic olive oil producer. The paterfamilias of Allure wrote a very helpful essay about oil fraud several years ago that still gets traffic, and hopefully customers, on the family farm website.

For American buyers, small California producers are a safe bet. Look for the California Olive Oil Council stamp. Council members submit their oil every year to both laboratory chemical tests and to the only accredited taste panel active in the US. As with wine, big European oil labels are reluctant to participate in laboratory or blind taste tests, because the big brands seldom pass muster.

Good oil is slightly bitter, smells fruity, and should tickle the back of your throat. The aftertaste is clean not greasy.

The left coast, however, is not without its own foibles. If you seek California oil in California, at any of the big retailers (Kroger, Safeway, or Trader Joe’s), good luck! These national chains carry the same ‘by the gallon” Italian and Spanish lampante that is featured in COSTCO or WalMart. Here again, like Europe; price point, not quality, is the primary American selling consideration. Trader Joe’s is a special embarrassment because that chain cut its teeth with small California producers, especially vineyards.

And if wine provides any clues, the same EU labeling hieroglyphics are coming to the golden state. A wine might be labeled “cellared” or “bottled” in Napa or Sonoma, but the grapes might come from Tijuana for all the buyer knows. The best wine, like oil, is likely to come from growers who make and bottle their product. Anything else on a label is a roll of the dice.

What is to be done?

Years ago, I was sitting at a Pentagon conference table prior to a meeting and the scandal of the moment was a story that alleged the USAF was buying toilet seats at $1400 a pop. Midst the scatological guffaws, the presiding general called the meeting to order and allowed as he would pardon the seller if he could hang the buyer. So it should be with inferior olive oil or any junk food.

We all vote with our wallets and then second the motion with colitis and kidney stones. Distributors, retailers, and Italian mobsters are not the villains. The enemy is us. Most buyers are harried wives and mothers who are often seen flying down store aisles like unmade beds, one or two carts burdened with packaged and processed foods.

The occasional man appears, but he might be looking for a hook-up, not haggis. Indeed, a large food multi-plex in Washington is known as the “social” Safeway. Supermarket sharks are seen tailgating the hotties with two or three items in their basket; a tub of oysters, a six-pack of beer, and a raft of condoms. Nonetheless, women still make 85% of all household purchasing decisions.

Alas, there is a deadly serious side to all of this. The true cost of junk food, and that includes adulterated oils, is health. No one knows the cumulative impact of processing: additives, stabilizers, and preservatives; all those "processing" tweaks that are designed to prevent the unsavory from becoming inedible. Poor choice in the market place, at once, sends the wrong message to retail tycoons - and your children.

If price and convenience has bullied quality out of the market place, then the fault is ours. The unseemly practices of sellers are cultivated by the sloth of buyers.

Tom Mueller claims that the Roman Empire had higher standards for olive oil than does the modern European Union. Yea, he invokes the Roman adage caveat emptor, buyers beware. Good advice indeed; especially for Mediterranean dieters. And the free market isn’t free, everything has a price. Volume is seldom a bargain either, but quality, in the end, might be priceless – indeed, a life saver.

The author has a jigger of olive oil every morning to lubricate his pacemaker.

To help New English Review continue to publish interesting, oleaginous articles such as this one, please click here.