The Legacy of Tribes

“I always know when it’s time to wash my knickers.” – Kate Winslet 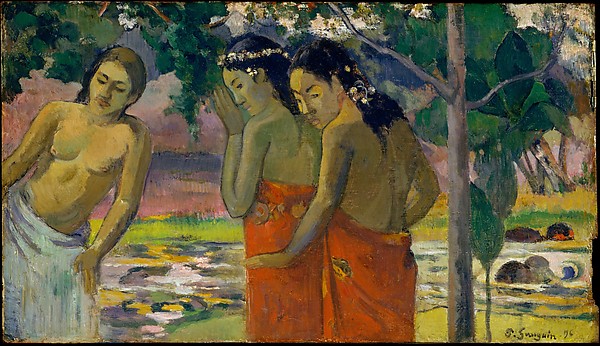 When fish started walking, it wasn’t about race. Eventually, there were mammals, and then primates, and then a variety of ape that preferred to strut rather than swing. Swinging would eventually make a comeback in another era – in another context.

Not that those stooped, slack-jawed, hirsute monkey-men were without prejudice. They may have tolerated each long enough to hump, grunt, or hunt; but, diversity was never part of early human social concerns. Anything other than a brother or a mother was a threat - or a potential meal. Killing the “other” was hard wired from the beginning. Darwin got it right the first time, the best killers live to kill another day. Strength is destiny.

My way is the highway; yours is the byway.

Over time, the human animal, with the help of prototypes, became the apex predator. Killing lesser critters evolved from necessity to sport. In Spain, and post-colonial Hispania, livestock are killed for amusement to this day. Rare African antelope are bred in Texas too, so wealthy sportsmen can pretend to be big game hunters on safari. Trout streams are stocked for other swells to play at fishing. Blood sports are sporting in the same sense that gambling is gaming.

None of this was ever good news for other species except maybe dogs, cattle, sheep, pigs, chickens, catfish, and mud bugs. Dogs flourished because they are much easier to love than men. Sheep survived because some men find them attractive. Cattle and catfish survived because all men are fond of a cheap lunch, ever seeking the path of least resistance. Raising and grazing was easier than chasing game. Thusly, did the hunter-gatherer become a planter, a herder, or a franchise owner.

Civil society as we know it evolved for protein and roughage; the need to feed and be relieved. Herding and farming were cooperative enterprises. Alas, from the beginning, more was never enough. Surplus bread and bacon morphed into bakeries and BLT. Eventually, there was muffaletta and melon. Who knew?

Village, town, city, state, and nation all emerged from small centers of tribal commerce where competition and enterprise became the font of all progress. Some of the competition was collegial, yet much was not.

Killing the “other” never fell out of fashion. Superior technique and technology helped. Better mousetraps and mantraps ride the same war horse. If you couldn’t best your neighbor on the farm or at the market, you could always kill him. War is as human, and as universal, as sauce and sausage.

With the list of non-human competitors exhausted, men focused their creative juices on killing each other. Indeed, this very day, earnest young college graduates sit at air-conditioned consoles in Nevada launching drone strikes against “nefarious characters” (a Clapperism for Islamists) on the other side of the globe.

And the drone “pilot” wears a natty flight suit just like Chuck Yeager. Calling someone controlling an unmanned drone a pilot is more than a bit of an oxymoron, but that’s another matter. And wearing a flight suit to sit at a government keyboard is a little like wearing a cup and jock strap to a video arcade. Clearly, reality doesn’t matter: the pretense of combat is necessary to rationalize intercontinental mayhem. And after a hard day of digital strife in Nevada, a USAF “pilot” might get to roll a little craps and catch a girlie show in Vegas before the next shift.

These are the modern rituals of tribes. Yes, tribes! We like to think of ourselves as urbane, evolved citizens with global, if not noble, ideals. We have institutions that say as much. The United Nations (UN) is just one example. The UN is an inclusive club that began with a handful of tribes and now the nation state count is 193 and rising. The growth of tribes may not be exponential, but surely it is centrifugal. New nations spin off on a regular basis.

And each nation is a cluster of smaller tribes, each jostling or killing each other for advantage. The great mystery that plagues international and domestic tribalism is the question of success. Why do some tribes succeed and others wallow in generational dysfunction?

To answer this question, we might begin by organizing all tribes by their core concerns; religion, race, rice, and hygiene. Clearly, the Muslim world is largely organized around religion. Right there you capture a fourth of the world’s tribes.

Racial tribes might include Africa and the so-called “Hispanic” nations (excluding Spain and Portugal who insist on being Spanish or Portuguese) where racial identity defines tribal affiliation. For whatever reason, skin shade is an obsession in the Developing (nee Third) World. Academics would have you believe that the Third World is defined by poverty, ignorance, and incompetence. Slanders of this sort make NGOs possible.

The rice tribes of Asia speak for themselves; although Japan and South Korea could qualify as riceal hygienics. A bath in Seoul or Tokyo takes off three layers of skin. Nonetheless, Europe and America are the true hygienics. For these, social identity is tied to potable water, flush toilets, and clean underwear.

Of course you could argue about exceptions such as the Deutch model where knickers are only laundered once a month. Yet, Germans still qualify as hygienics due to excellent plumbing. Surely the saunas of Scandinavia are a testament to the Nordic willingness to suffer for hygiene. And the English invented the crapper! But only a German could raise the porcelain commode to high art.

And the French bidet tells you everything you need to know about Gallic influence on spiffy genitals worldwide. Clean giblets are ne plus ultra, n’est-ce pas? Recent WWII scholarship suggests that the Germans didn’t burn, and the Allies didn’t bomb, Paris out of deference to the bidet.

The Hygienics also eliminated war; well, at least rhetorically. Since WWII, a war is only a war in the West if Europeans or Americans are killing each other. If the Hygienics kill anyone else, what used to be war is now defined as crime, instability, or another Arab spring.

None of this should be news to the academy. David S. Landes of Harvard considered many of these matters in his landmark study: The Wealth and Poverty of Nations. Dr. Landes speaks eloquently about the role of clean underwear in the Industrial Revolution. The advent of cheap cotton allowed the proletariat to replace woolies with lighter undies. Cotton provided better ventilation and was easier to launder. Those pre-industrial woolies were host to any number of “nefarious characters” too: skid marks and parasites that spread all manner of counterproductive maladies; to say nothing of itch, rash, and crotch rot.

So there you have it! Successful societies read the Times on flush toilets.

Some tribes have outdone the Europeans; Jews for instance. A serious Jew even bathes his chickens. Indeed, after a Kosher chicken gets naked, it is immersed in a salt bath; very hygienic and very tasty too. The mythic qualities of chicken soup are a function of salt, hygiene, and heat. Consider all those cultural contrasts with Arab neighbors. A real, as opposed to a ritual, bath is often the difference between winners and losers.

Of course, all of this might begin with a good brisket. Competent nations must first learn to feed the tribe without a loan from the IMF. Next, nations must deal with the inevitable consequences of things like a three-bean casserole or a bogus burrito. Here, the flush toilet comes in handy. If there are any accidents, a change of boxers or briefs is de rigueur. And finally, real progress comes full circle with a real bath. Tribal success begins and ends with sanitation.