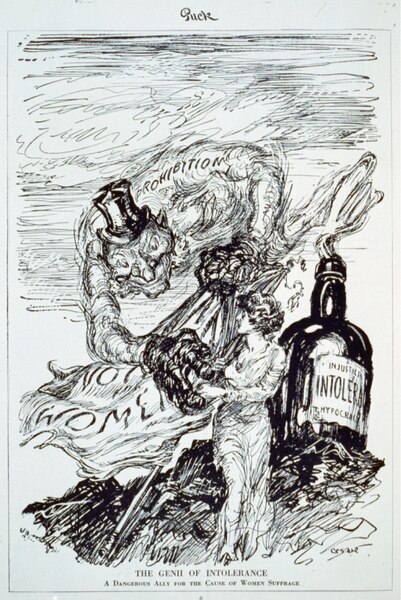 It may take as long, but Obamacare will certainly follow the ignominious example of Prohibition (the notorious 18th amendment that was the law of the land from 1920 to 1933) and ultimately be rescinded whether by simple legislative majorities in Congress with the approval of a sitting President or the much longer and demanding route of a constitutional amendment (the 21st which simply repealed the 18th).

Like Prohibition, Obamacare is a massive intrusion into the private lives of ordinary citizens with respect to the decisions they had always deemed their own responsibility in the marketplace. Like Prohibition, all sorts of pseudo-moral arguments about providing “care” for everyone, regardless where (if anywhere at all) on their list of priorities. Like Prohibition, it was exploited by politicians who argued that it was a step to protect the most innocent, defenseless segment of the population – women, the disabled, the aged, infirmed and very young.

This goes against the grain of many on today’s political scene who, when recalling Prohibition, cast it in terms of a move made by the most conservative elements in society attempting to impose their religious or moral values on those citizens who had other and more “liberal” social mores. This was a screen as is Obamacare today, hiding the triumph of massive federal power over individual liberties and states’ rights. Prior to 1920, the prohibition of the manufacture, sale and transport of alcoholic beverages had only been regulated at the county or state level.

The enforcement of Prohibition was beyond the capabilities of the Federal government and led to widespread flouting of the law and a massive “unintended” increase in violent crime, smuggling and the rampant corruption of public officials and the police forces of many major American cities. Although the  arguments used by some conservative and very naïve clerical circles made it initially appear that support for Prohibition came from the conservative Right and “traditionalists," it was criminal organizations, notably the organized Mafia and corrupt politicians working hand in glove through the Democrat Party in big city machines that protected racketeering and the ill-gotten gains of the bootleggers and smugglers. By 1925, in New York City alone, there were anywhere from 30,000 to 100,000 speakeasy clubs. Only when the Democrats finally understood that Prohibition was costing them votes, did they call for its repeal.

Prohibition lost its advocates one by one but it still took the hard and very long route of a constitutional amendment to alter the law. Obamacare’s victory in the Supreme Court promises that it too will resist all attempts to get rid of it because of the legal precedent. What had been a local issue in many “dry counties” where fundamentalist protestant sects predominated was elevated into a nationwide movement at the end of the 19th century largely by what we would call the LEFT.

Who originally supported Prohibition and why it reveals much the same “logic” as the one behind Obamacare, the protection of the weak and the cries for social justice. The leading advocate on the national scene arguing for prohibition was the American Temperance Society (ATS). By 1845, a decade after its founding, the ATS had reached 1.5 million members. Predictably, women constituted from 35% to a majority of 60% of membership in local chapters. They argued from the very beginning that alcohol and saloons were intimately connected with prostitution and violence against women. Just as the Democrats cast their approach to health care with accusations that anyone opposed were mean spirited and lacking in compassion, they framed their arguments over prohibition in the same way as many in the clergy arguing that failing to ban alcoholic beverages would leave women and children unprotected.

Only one state (Maine) passed a statewide ordinance against consumption of alcoholic beverages just before the Civil War and it was rescinded after only five years, having proved itself ineffective in realizing any of the promises made to curb the violence of husbands against their wives. The movement soon lost strength, and was marginalized during the war. A national Prohibition Party was founded in 1869 and the powerful Women’s Christian Temperance Union (WCTU), followed in 1873. Its strongest argument was that Prohibition was a noble cause which marched hand in glove with the demand for Women’s Suffrage.

In the so called Progressive era (1890–1920), hostility to saloons and their political influence became widespread. The Anti-Saloon League replaced the Prohibition Party and the Woman's Christian Temperance Union as the most influential advocate of prohibition. It fought against the popular practice of a “free lunch” offered by many saloons along with the purchase of an alcoholic drink as a vile deception, hence the popularity of the slogan “there is no such thing as a free lunch.” Just like Obamacare today, the LEFT claimed it a win-win situation for the poorest in society because it was in effect, a transfer of wealth. The Federal Income Tax (1912) replaced the alcohol taxes that had funded much of the federal government’s revenue and thus shifted the burden of taxation on to the wealthy. The campaign to support women’s suffrage passed in 1920 paving the way for Prohibition. These two other amendments to the constitution were championed by "dries" and the “progressive” spokesmen for the Democrats to justify and help their cause.

Just as the wealthy and those cronies of the President today, including the big labor unions and huge corporations who support him and enjoy special benefits and dispensations regarding Obamacare, are in no danger of losing their own preferred private health plans, many of them treated Prohibition as a joke or worse. They bribed the police, stockpiled alcohol for home consumption, bought out the inventories of warehouses, saloons, club store rooms, and emptied out liquor retailers and wholesalers.

Unlike today’s acrimonious dispute over Obamacare, both political parties were afraid to rock the boat and alienate “wet” or “dry” votes. In the 1916 presidential election, both Democratic incumbent Woodrow Wilson and Republican candidate Charles Evan Hughes ignored the Prohibition issue as did both parties' political platforms. Democrats and Republicans had strong pro- and anti-Prohibition factions and neither candidate wished to alienate any part of his political base.

The 65th Congress convened in 1917 and both parties showed a rough 2:1 majority in favor of Prohibition; On August 1st, the Senate passed a resolution containing the language of the amendment to be presented to the states for ratification. The vote was 65 to 20, with the Democrats voting 36 in favor and 12 in opposition; and the Republicans voting 29 in favor and 8 in opposition. The House of Representatives passed a revised resolution[on December 17, 1917. The total vote was with the Democrats voting 146 in favor and 64 in opposition and Republicans 136 to 64.  Thus both houses of Congress provided the 2/3 majority necessary prior to the final ratification by the states. By the end of February 1919, forty five of the forty-eight states had ratified the amendment.  In the end, only Rhode Island and Connecticut never ratified it. Congress passed the Volstead Act, the popular name for the National Prohibition Act, over the veto of President Wilson. On October 28, 1919, it established the legal definition of intoxicating liquor, as well as penalties for producing it although the federal government and its agencies such as the Coast Guard, FBI and ATF were subsequently unprepared to enforce it.

Wilson, a southerner, was out of harmony with the big city voices of urban democrat congressmen and had his own large private stock of liquor. Unlike Obama today, he employed no hypocritical rhetoric to blow with the wind of the wave of Prohibition sentiment.

The strong objections to Prohibition of most German-Americans were treated with contempt once Congress declared war on Germany as if they had no say in the matter because of their opposition to American participation. Farmers were even promised by Wilson that their grain formerly converted into alcohol would be shipped to war starved Europeans as food.

Popular articles in the American press during 1917 frequently cited that eighty percent of congressmen and senators drank, even though these same people were the ones who had approved prohibition. The widespread cynicism, flouting of the law and the inability to deal with more than a tiny fraction of the enormous trade in smuggling and illegal distilling, greatly damaged the image and reputation of the United States throughout the world.

We are at a similar impasse today. Under Obamacare, members of Congress and their aides are required to enter the law’s health exchanges but guaranteed they will continue to receive federal employer contributions to help pay for insurance on the exchanges. This is just an exemption from Obamacare. Kentucky Republican Senator Rand Paul has introduced a constitutional amendment that would preclude senators and congressmen from passing laws that don’t apply equally to U.S. citizens and Congress, the executive branch and the Supreme Court. It is aimed squarely at Obamacare provisions specific to members of Congress and their staffs and became a central point of contention during the government shutdown. It trumps the arrogance, hypocrisy and cynicism of the Prohibition era.

By the time of the 2014 elections, unless Obamacare is turned into a thoroughly different type of legislation avoiding the ‘one size fits all category’ and the many exemptions so that realistic costs and promised benefits are brought into line, the public will begin to realize that Obamacare will meet the same sorry end as Prohibition.

At the end of Prohibition, some supporters openly admitted its failure. A letter written in 1932 by John D. Rockefeller, stated…

When Prohibition was introduced, I hoped that it would be widely supported by public opinion and the day would soon come when the evil effects of alcohol would be recognized. I have slowly and reluctantly come to believe that this has not been the result. Instead, drinking has generally increased; the speakeasy has replaced the saloon; a vast army of lawbreakers has appeared; many of our best citizens have openly ignored Prohibition; respect for the law has been greatly lessened; and crime has increased to a level never seen before.

..."Unintended Consequences" will be written on the tombstone of Obamacare.

Norman Berdichevsky's latest book is The Left is Seldom Right.

With America in decline, this is Canada's time to shine

Afghan Feminist: 'The Taliban and My Own Family Will Come for Me'

Met Police are slammed for failing to catch knifeman days after he stabbed Christian preacher, 39, in Charlie Hebdo T-shirt at Speaker's Corner in front of 30 witnesses in broad daylight

Cuba: An opportunity to right the ship on Latin America

In Iran, the Supreme Leader is Worried

1-Aug-2021
Why Afghan Women Have Been Abandoned: The Power of Belief 1-Aug-2021
With America in decline, this is Canada's time to shine 1-Aug-2021
Afghan Feminist: 'The Taliban and My Own Family Will Come for Me'