An Insecure Home Nestling in a Blood-Soaked Land 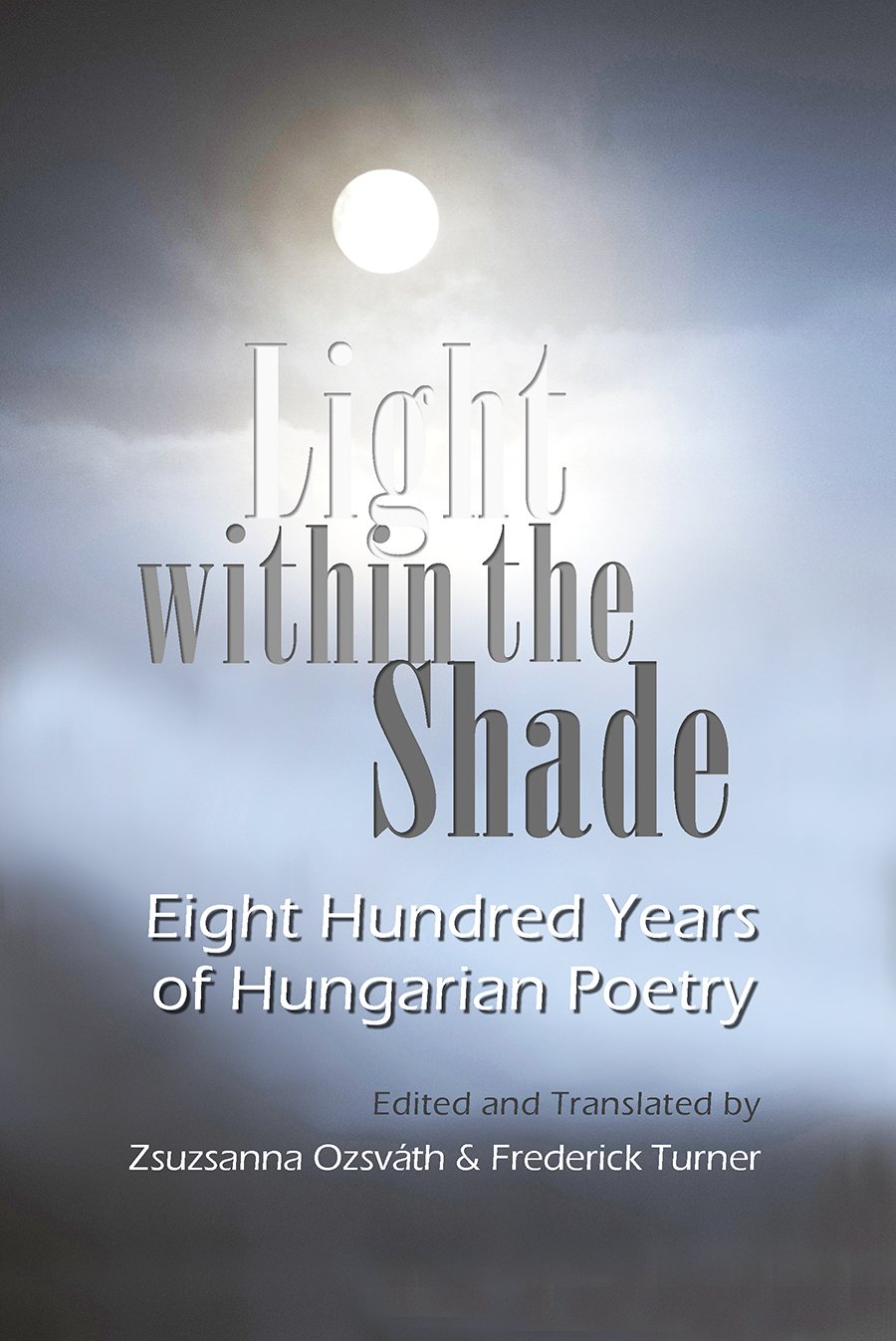 This volume offers English readers an enjoyable and faithful introduction to the enormous contribution made by Jewish writers to the treasury of Hungarian poetry, which is itself a little-known but essential part of Western literature.

The book is bound to make a great gift to one's loves, friends and colleagues and find a place in university courses of creative writing, literature and history. Very rarely do I purchase two copies of an anthology in order to keep one near my two desks in London and Budapest. This is such a book.

Jewish poetry has been loved the world over since The Psalms of King David. It made its public appearance in vernacular Hungarian after the emancipation of Jews in 1867, and was received with a delighted if uneasy welcome. The book shows why.

Hungary's educated aristocracy then still communicated mostly in French, its tiny bourgeoisie preferring German. Jewish emancipation heralded an age of literary flowering and material prosperity, much of it generated by Hungarian Jewry, enriching the whole of society and reinforcing its cultural aspirations. It lasted until the First World War.

The Jewish community - founded here, according to some traditions, after the fall of Jerusalem to the Roman legions under Titus - responded with an enthusiastic wave of assimilation that became its undoing. These poems relentlessly illustrate the unfolding tragedy.

Even the poetry of József Kiss (1843-1921), the most famous among the early Jewish-Hungarian writers, is steeped in foreboding triggered by events leading to the infamous 1882 Tiszaeszlár blood libel trials. The charges were properly dismissed by the courts after widely reported, lengthy and painful deliberations. Yet they still resurface from time to time, even in parliament - the last such event outrageously occurring just three years ago.

But Kiss' pupil Jen? Heltai (1871-1957), a master of irreverent light verse and elegant comedy, declared his exclusive loyalty to Hungary, famously declining an invitation extended to him by his cousin Theodor Herzl, the founder of the modern Zionism, to promote the movement in Hungary. Heltai, a Christian convert who later returned to Judaism, eventually also declined a rare offer of immunity from anti-Semitic legislation, made during the Holocaust by the Hungarian authorities in recognition of his services to literature.

More than half a million Hungarian Jews perished. One of them was Miklós Radnóti (1909-1944), almost certainly the greatest among the world's Holocaust poets, who fell victim to a racist mass murder committed by the regular Hungarian Army despite displaying a white armband signifying his well-documented, sincere conversion to Catholicism.

Many contemporary Jewish-Hungarian masters like Ágnes Gergely (b. 1933), who is included in this anthology, responded to the Holocaust by doggedly holding on to their racial/religious identity as well as the Hungarian language, and rebuilding Budapest as a vibrant European Jewish cultural centre. Others like Dan Dalmát (b. 1934), excluded from the book because of a shortage of space, have sought to heal their broken lives by transplanting their literary careers to Israel as Hebrew authors and Hungarian translators.

Zsuzsanna Ozsváth, a co-author of this volume, was a Jewish child survivor of the Hungarian Holocaust and the three-month Soviet siege of Nazi-occupied Budapest. She recently set out her experience in the heart rending autobiography When the Danube Ran Red (Syracuse, 2010). Today, she holds the Leah and Paul Lewis Chair of Holocaust Studies at the University of Texas in Dallas, where she is also director of the Ackerman Centre for Holocaust Studies.

Her co-editor and co-translator of this anthology is the Anglo-American poet Frederick Turner, Founders Professor of Arts and Humanities also at Dallas University. They have co-authored many scholarly studies and literary translations of Hungarian poetry, including the landmark collection of Radnóti's poetry Foamy Sky  (Princeton University Press, 1992 & Corvnia/Budapest, 2002).

I have been aware of their work over many years while they and I were translating, editing, revising and publishing rival English editions of Radnóti's poetry, which has thereby gained a robust international literary reputation. I have been astonished by Ozsváth's sensitivity of comprehension and Turner's explosive literary talent.

They say here that they sought to present their readers with digestible representative samples of Hungarian poetry by translating the best works of the greatest writers of the eight centuries under review and placing them in their historical, biographical and cultural contexts.

Above all, they hoped to create good English poems in their own right. This sounds simple enough; but it is not. It takes a great writer (or, very rarely, two) to do justice to a great poem in a different language and culture. Ozsváth and Turner have met that challenge.

Consider an 1884 poem by Heltai, comprising six quatrains mostly of iambic tetrameters including five masculine rhymes chiming with the word Kate, the heroine of the composition, and almost 10 feminine rhymes to the word ailing, describing the supposed mood of the poet. (A masculine rhyme employs harsh, single-syllable accented sounds like Kate/mate; a feminine rhyme comprises soft, double-syllables placing the emphasis on the first of the two, like Katie/matey.)

This can be translated into English fairly easily, given a passion for words and a decent rhyming dictionary. But lesser writers have wisely avoided trying because such a poem would become doggerel in their hands.

Yet the original is one of the loveliest, playful, irreverent pieces of self-mockery in the language, written by an exuberant poet in his early 20's lost in lust for words and women. The translators have turned it into a firework display of wit and delight. Here is their English version in full:

Among my songs, madam, of late

- And why should I deny my failing -

Were writ for you, my little Kate.

That moiety, deemed so prevailing,

Among those little songs of late,

You found, madam, less than appealing;

Indeed you loathed them, little Kate.

I "thou"'d you, true, in ways revealing

"You" surely the more proper styling

When one addresses little Kate.

Among those songs you execrate

Were writ with all my heart's true feeling

Straight to your heart, my little Kate.

So if, from all your cold reviling,

I die in grief of such misdealing,

You are to blame, my little Kate.

Then blame yourself, my little Kate,

If nought remains of me but ailing

Songs you did not appreciate

The translators conclude the anthology with an essay each, Ozsváth tracing the evolution of Hungarian poetry since the arrival in the Carpathian basin of the migratory Magyar tribes about 1,100 years ago, and Turner placing the poems in the context of West European literature.

Turner views Hungarian poetry as a fresh and wild Asiatic response to West European sensitivity. He thinks it may serve as a model for the regeneration of what he describes as the vital human community of poetry.

Such work, he believes, demands great humility exercised by the translators as well as their preparedness for close identification with the authors of the original material. His essay includes a useful description of technical aspects of the translation process that he has developed jointly with Ozsváth over the years.

Ozsváth assesses the dramatic effects of the country's cataclysmic history on the evolution of its culture and the lives of its greatest writers. The pagan Magyars were late-comers to Christian Western Europe, and their early experience in adapting to unfamiliar conditions under duress has been reinforced over the subsequent centuries by recurring foreign invasions.

Hungarian poetry is rooted in the classical and Medieval Latin traditions of the region. But it has been also set apart by its heightened intensity and verbal energy inspired by the struggle for the cultural and even physical survival of people perpetually isolated by their language and history among suspicious neighbours.

Jewish literature - both religious and secular, written in Hebrew, Yiddish and other languages - has also evolved over the last two millennia as a vehicle of survival among hostile neighbours in all the lands where its practitioners were tenuously tolerated. That is why, perhaps, it has found a place in the heart of the poetry-loving culture of Hungary since its prominent appearance in the country's own, long-neglected native language during the 19th century.

The Jewish poets have introduced Jewish themes treated in a Hungarian style and also adapted their ancient literary tradition to express the modern concerns of the host community. Their consequent influence on the poetry of Hungary and even on the lives of the Hungarian poets has been enormous. A third of the country's 34 greatest poets included in this anthology are Jews. And some of the greatest among the rest were either close friends and lovers of Jews like Endre Ady (1877-1919) or, like L?rinc Szabó (1900-1983), prominent anti-Semites.

Thomas Ország-Land (b. 1938) is a poet and award-winning foreign correspondent who writes from London and his native Budapest. His poetry appears in current, forthcoming or very recent issues of Acumen, Ambit, The Hungarian Quarterly, The Jewish Quarterly, The London Magazine and Stand. His last book was Survivors: Hungarian Jewish Poets of the Holocaust (Smokestack/England, 2014).

To help New English Review continue to publish interesting reviews such as this, please click here.

If you enjoyed these poems and want to read more by Thomas Ország-Land, please click here.

US Government: 'Corruption for me, but not for thee'

Who is steering America's ship of state?

Jordan Peterson: Why I am no longer a tenured professor at the University of Toronto

Megamosque resurgent. East London: an old campaign has not gone away.

British terrorist shot dead in Texas synagogue siege was banned from Blackburn court 20 years ago for ranting about how he wished he had been on one of the 9/11 planes - so why WAS he let into America?

19-Jan-2022
Father of jihadi Brighton family convicted of encouraging Islamist violence at local mosque 19-Jan-2022
US Government: 'Corruption for me, but not for thee' 19-Jan-2022
Who is steering America's ship of state?