Dangerous Standoff between TMC and Opposition in Sudan 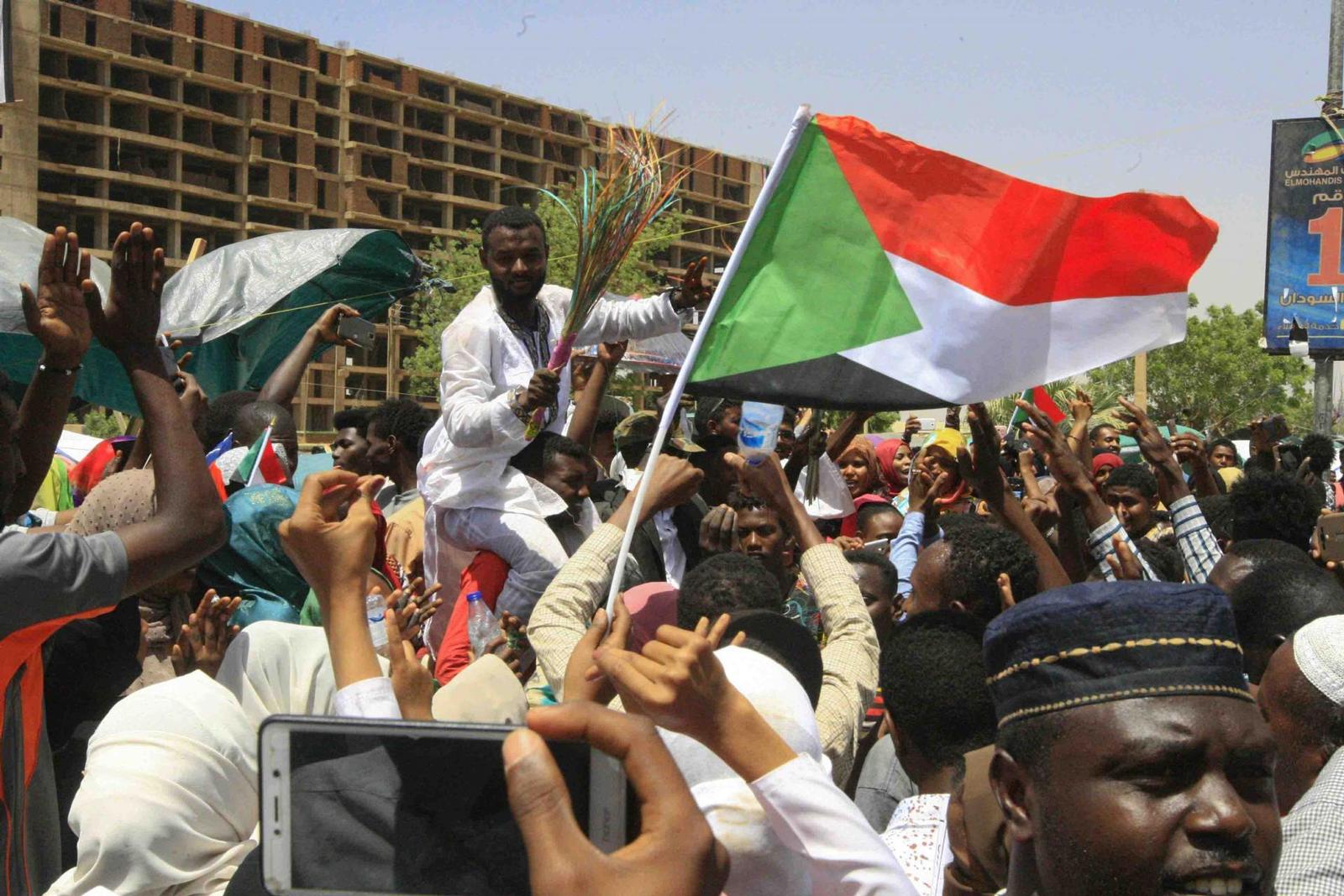 Yesterday, the political situation in Sudan worsened. The negotiations between the Transitional Military Council (TMC) and the Sudanese Professionals Association (SPA) is about to reach a dead-end.  The Bashir National Congress Party clique in the TMC does not want to transfer power to civilian rule. The TMC’s only intention is to disperse the protesters even if using force under the pretext of opening roads to allow freedom of movement and security of people and their belongings.  The TMC blamed the protesters for attacking the Popular Congress Party at a meeting on April 27. Yesterday some unidentified people wearing military uniforms attacked a broadcasting station with the objective of causing damage so that the TMCcan put the blame on protesters.  However, opposition youths defended and pushed back the assailants.

Some people accused the former Bashir regime and TMC of organizing the assailants to disrupt security and cause confusion to allow the TMC to use force to disperse protesters. So, the current situation in Sudan is serious, if the regime uses force against peaceful protesters. The TMC uses the ongoing negotiations to kill time and find ways to retain its grip on power and disperse the protesters. Mohamed Hamdan Dogolo (Hemeti) calling for Sharia and requested to hold demonstrations against the ongoing protest. However, the Director of Police refused to give him an authorization. The protesters’ sit-in rejected the idea of Islamic Sharia. However, the Vice Chairman of the TMC , Hemeti Commander of RSF/stated that Sharia is a red line; meaning that he is against anyone rejecting Islamic Sharia law.

One example of the Sharia extremism that Hemeti supports is Dr Abdel Hay Youssef. He is a Sudanese Islamic preacher. He is a member of Muslim Brotherhood, Imam of Former President Bashir’s mosque and a member of Sudanese Islamic Religious Association. Youssef  is a supporter of ISIS. He also issues Fatwas to kill Jews. He said in one of his video clips that if one wears an explosive belt and explodes killing many Israelis, God will raise his soul high in paradise.

The refusal to hand over power to civilians is an indication the TMC is the nothing more than continuation of the Bashir regime.  That is why protesters in Khartoum are building barricades to oppose Hemeti and the TMC.

[i] Lt. Gen. Abdallah is Chairman of the Sudan Unity Movement. He is a native of North Darfur who joined the Sudan People’s Liberation Army (SPLA) in 1984 and became active in the Nuba Hills and Darfurians resistance movements. In 1989 he joined the Patriotic Salvation Movement in neighboring Chad based in Darfur. He served as an officer in the Chadian army for 23 years. He held senior intelligence and counterterrorism posts including as Coordinator of the Multi-National Joint Task Force of Nigeria, Chad and Niger. He was Coordinator of Pan-Sahel Initiative (PSI) Anti-Terrorism Unit of Chad and Commander of PSI Anti-Terrorism Battalion of Chad 2004. He is a graduate of the Intelligence Officers’ Advanced and Combating Terrorism Courses, US Army Intelligence Center and Schools, Fort Huachuca, Arizona. He was a Counter Terrorism Fellow and a Graduate of the College of International Security Affairs, National Defense University, Washington, DC, 2005. He was an International Fellow and Graduate of the US Army War College, Class of 2008. He was Graduate of Nigeria Armed Forces Command and Staff College Course 22, of the year 2000. He is the co-author of Genocide in Sudan: Caliphate Threatens Africa and the World with Jerome B. Gordon and Deborah Martin, JAD Publishing, LLC, 2017.