From Associated Press via News 24 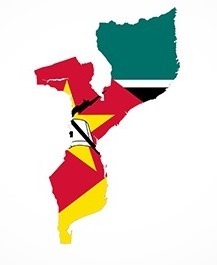 Mozambique’s government has been shaken by beheadings and other deadly attacks by suspected Islamic extremists in a northeastern region touted internationally for its offshore reserves of natural gas.

Since last month, men with machetes have spread terror in several villages in Cabo Delgado province on the border with Tanzania, beheading 10 people in one attack, hacking others to death and burning vehicles and homes. At least 24 people have died and security forces have killed 11 suspected militants, the Portuguese news agency Lusa reported.

The violence started last year and included a deadly attack on police in Mocimboa da Praia town in October, prompting the Mozambican government to launch counterterrorism operations in Muslim communities where some have complained of official neglect.

Local residents call the attackers “al-Shabaab,” although the extremists have no known formal link to the Islamic extremists of that name in Somalia. The Mozambican insurgency by a shadowy band of young Muslims has intensified worries that Islamic extremism has found a beachhead in southern Africa, which has been free of the kind of attacks seen in other parts of the continent.

More than 70 civilians are reported to have been killed since the beginning of the insurgency eight months ago; 16 militants and three soldiers were also killed. About 470 people – including 314 Mozambicans, 50 Tanzanians, three Ugandans, one Somali and more than 100 unidentified people allegedly linked to the militants – have been detained.

At the beginning of the insurgency, the militants mainly targeted Mozambique Defence Force units, police stations and state buildings. But in the past three weeks, small bands consisting of about six men and women have been focusing on targeting civilians.

Although the Mozambican military says the insurgents are weakening because their groups have reduced in size, a study released last month in Maputo by academics Salvador Forquilha, João Pereira and Sheik Saide Habibe states that they are reducing the size of their units to reduce losses if they come under attack by the army.

Reports last week, confirmed by the government, stated that Democratic Republic of Congo forces were on the ground providing support to Mozambique. In January, Mozambique and neighbouring Tanzania signed a memorandum of understanding to collaborate in the fight against the militants.

Research suggests the militants either have ties to or are inspired by international terrorism, and holding similar aims and goals, such as “establishing an Islamic state following sharia law and eschewing the government’s secular education system”.

Mainstream imams contacted by the African Centre for Strategic Studies in two northern districts reported that one of the leaders of the insurgents was a Gambian by the name of Musa and the other was a Mozambican named Nuro Adremane, who is said to have received a scholarship to train in Somalia.

The group, researchers found, capitalises on local grievances against the government, which they use to drum up local support. Researchers state that the fundamentalist interpretation of Islam, which the militants espouse, reinforces an ideology introduced in the region in recent years, apparently by young men who received scholarships to study in Sudan, Saudi Arabia and other Gulf states.

One of the group’s several names, Swahili Sunna, “suggests a goal of establishing a Swahili state among the Swahili-speaking populations . . . The reference appears to harken back to an earlier period when a series of Swahili city-states dotted the east African coast from southern Somalia to Mozambique,”