Dishonor Johnson Not for His Horrible Politics, But for His Propagation of Ugliness 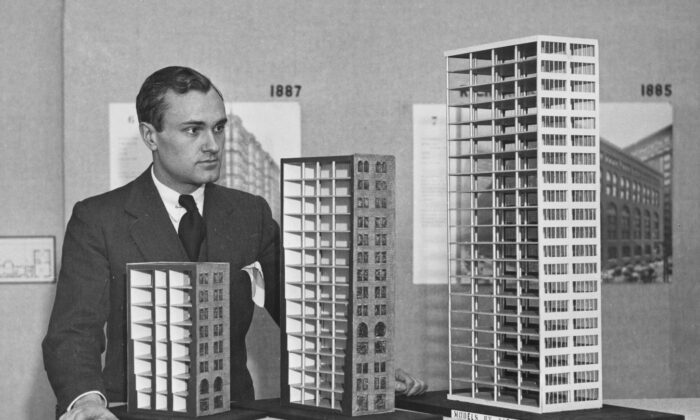 A group of artists and architects has called upon the Museum of Modern Art in New York to remove the name of Philip Johnson from all public mention on its walls or spaces, and if the recent record of cultural and educational institutions is anything to go by, they will soon have their way. As we have discovered of late, the inclination to appeasement did not end with Deladier and Chamberlain at Munich.

In this case, however, I feel some sympathy with those in favor of removing the name from its place of honour, though for reasons quite other than those given by the petitioners.

The fact is that, had it not been for the extraordinary menagerie of political monsters of the twentieth century, Philip Johnson would have fully earned his place as one of the most dreadful and destructive persons of the whole century.

The reason that the artists and architects want Johnson’s name removed is that he was not merely a fascist in the debased metaphorical sense that students use to describe anyone who diverges from them in opinion, but an enthusiastic supporter of the Nazis, much enamoured of the Nuremberg rallies, who wanted to bring Nazism, or something similar, to the United States. He back-pedalled after the end of the Second World War, but probably more from prudence than from conviction.

At the same time, though not in my view utterly by coincidence, Johnson (whose wealth, it is said, protected him from wide public exposure of, and criticism for, his disreputable past) was an avid proponent, propagandist and promoter of modernism in architecture, later becoming an active modernist architect himself.

He it was who founded the MoMA’s architecture and design department, and in fact was the architect of its hideous and inhuman first extension. He it was also who coined the term International Style, that style which subsequently rendered Lima architecturally indistinguishable from Bangkok or Bogota or Frankfurt, at least as far as its modern constructions are concerned.

The kind of man who would adore the Nuremberg Rallies, as did Johnson, with their enormous scale, choreographed crushing of individuality and prevention of all spontaneity, all in name of some mad idea of purity, was not the kind of man to promote or create a humane architecture, one suited to the human scale in which mere individuals could feel comfortable or at home.

It is not surprising that the kind of architecture he promoted and practiced himself was ideological in the sense that it elevated conformity to abstract ideas (needless to say, sub-mediocre ones) above any possible human values.

It, too, pursued a mad idea of purity, for example a complete absence of ornament, the use of flat roofs and supposed “honesty” to materials, a dim-witted and stupid notion if ever there was one, a bit like demanding of people that they expose the workings of their bowels to the world in the name of honesty, because no one can exist without bowels.

Rules for the Whole World

Philip Johnson was not the only modernist architect by any means to like totalitarianism. Gropius was early a communist, and Mies van der Rohe emigrated to America not because he objected to Nazism from an ethical point of view, but because he could obtain no commissions in Nazi Germany, despite his sucking up to the leaders and signing some of his letters “Heil Hitler!” His architecture, too, was a kind of Nuremberg Rally of steel and glass which, by the way, was functionalist without being functional.

Then there was the infinitely egregious Le Corbusier, a Franco-Swiss fascist in the most literal sense. Soon after the Occupation began, for example, he advocated the deportation of a large proportion of the population of Paris because he, the great architect, thought they had no business to be there in the first place and ought instead to be working in the fields as indentured peasants.

This, by the way, came a few years after his “Plan Voisin,” according to which he wanted to demolish half of Paris and replace it by sixty concrete towers of the kind to be seen in any Soviet city. Indeed, there was hardly any city that he did not want to do this to—Antwerp, Algiers, Stockholm, Rio de Janeiro, Moscow, Buenos Aires.

As Hitler and Stalin wanted to conquer or dominate the world, so Le Corbusier and his spiritual disciple, Philip Johnson, wanted, alas with considerable success, to lay down the rules of architecture for the whole world. Astonishingly enough, it is still almost professional death for architect in France to criticise Le Corbusier.

Still, the fact that Philip Johnson was a Nazi is not the reason that his name should be removed from the walls or spaces of the MoMA, even if his taste and architecture in some way betrays a Nazi sensibility.

In theory, at least, a man might a good architect and a Nazi, a good poet and a Nazi, and certainly a good engineer and a Nazi. There have been good poets who were communists, like Aragon and Neruda. Their ideas were abominable, but their poetry was beautiful.

Le Corbusier, Philip Johnson et. al. should not be honored, not because of their political ideas, however horrible they were, but because they did so much to make the world uglier than it need have been.

They were architects, it is true, but more than that they were activists. And they did a huge amount of harm in their chosen field of activity. Even if I am completely wrong, even if Le Corbusier’s and Philip Johnson’s architecture did not in any way echo their political sympathies (if sympathies is quite the word to use in this context), they should not be honored because their work was simply no good, to put it mildly, and their influence on architecture—which after all is not a private art that can be hidden away and disregarded if it is ugly and inhuman—wholly baleful.

Conversely, if their architecture had been good and their influence beneficial, then I should honor them irrespective of their opinions.

This habit of judging figures from the past not by their work in their principal field of endeavor, but by their politics, is one which threatens to destroy not just personal reputations, but faith in civilization itself, for the past is not a communion of saints but of men of flesh and blood with faults like our own.

PrevTime for a divorce? The US is so bitterly divided between red & blue factions that some want it to split into two nations
Advent Calendar 6th DecemberNext