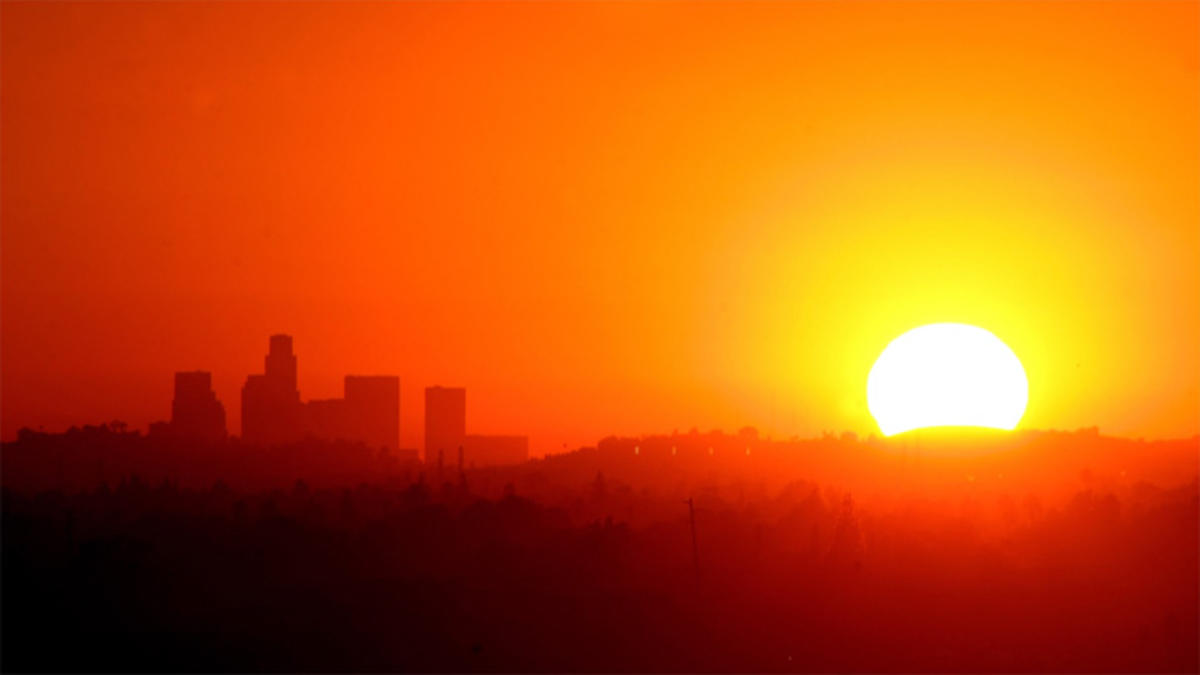 Like the lyricists of The Great American Songbook, policy makers in Washington, D.C. and some of the media cannot make up their mind about climate change. At one point it’s Baby, it’s cold outside: at another the temperature rises and it’s too darn hot; at a third it’s very warm for May. Disputes abound about the existence and extent of climate change, the impact of human behavior, and the need and methods to deal with the issue.

The issue is one of probabilities, not certainty. Nevertheless, the consensus of scientific research is that climate change is ongoing, that carbon dioxide is warming the atmosphere, and that human activities play a role on that change. As a result, the question of climate change has become a mainstream political issue. Yet, even accepting the fact that climate change has and is occurring there is legitimate difference on its urgency and on whether it is the main threat to our planet. Most people will not agree with an initial remark of President Donald Trump that the issue of climate change is a “hoax,” but for American citizens and voters, it has a low priority compared to other issues such as health, education, income, food, and terrorism.

Certainly, the issue seemed to be a high priority one for Trump who withdrew the U.S. from the Paris Climate Agreement though he expressed concern that the environment be protected. Essentially, the reason was based on economic, not scientific, grounds. As one who was elected to represent the citizens of “Pittsburgh not Paris,” withdrawal, he argued, was best to protect the nation’s industry and independence.

At the heart of the problem are legitimate differences of opinion over climate change as well as the accuracy of the scientific information on which the predictions are based. Was human behavior responsible for change regarding, among other things, Hurricane Katrina that hit the Gulf Coast in August 2005, the Australian heat wave in 2015 , the floods in France in 2015 and 2016, the Asian tsunami of 2004? How accurate are the predictions about the future? Will the impact of weather reduce the GDP by 2% in the US by 2030? Will the rise of global mean temperature in the first half of the 21st century be greater than at any time in human history?

First the reality. Most of the world’s economy depends on use of energy that releases greenhouse gases, and most objective observers link global warning to the release of those gases and carbon dioxide. The link between economic activity and global warming is apparent: about 90% of the world’s energy comes from fossil fuels. The use of these energy sources affect all aspects of the economy and life: agriculture, transport and distribution, refrigeration, tourism, computers and telecommunications, and national defense.

Four problems are equally evident. One are differences in concern between developed and developing nations. It is clear that as developing nations advance they will use more conventional energy that produces carbon dioxide, thus increasing the world problem. China, the largest emitter of carbon dioxide, and developing countries account for 63% of annual global CO2 emissions, and the amount is increasing. Should they reduce their advance and use of carbon dioxide? Or are they right in asserting that it is the developed countries that historically produced the climate problem and therefore should pay the cost? In general, the developing countries resist measures to reduce their use of fossil fuels, or demand concessions in the form of advanced technologies to reduce use of fossil fuels.

A second problem is the competitive economy and different objectives among economic groups, the energy industry, and the national economic interests.

Governments and international organizations have become increasingly conscious of the problem. In the U.S. a number of Clean Act Laws, the basic structure of which was established in 1970, address the problems of acid rain, ozone depletion, and pollution to help protect human health and the environment. It was President Richard Nixon who spoke on December 31, 1970 of the need to clean up the air and water in major parts of the U.S.

By the 1970 law the EPA was given authority to issue regulations on carbon dioxide and President Barack Obama did this by a Clean Power plan, in October 2015. The U.S. Supreme Court in February 2016, 5-4, blocked the implementation of the plan.

In addition, on March 28, 2017 President Trump signed an Executive Order calling for a review of the Plan.

It was the Swedish meteorologist Bert Bolin who spoke strongly at a conference in October 1985 in Villach, Austria, and focused attention on the increasing emissions of carbon dioxide. His influence led to the formation by the UN in 1988 of the Intergovernmental Panel on Climate Control (IPCC) whose function is to advise the world of the political and economic impact of climate change. The IPCC in 2007 shared the Nobel Peace Prize with Al Gore.

Another international body set up to deal with global warning was the United Nations Framework Convention on Climate Change (UNFCCC), a treaty signed in May 1992 to stabilize greenhouse gases concentrating at a level that would prevent dangerous interference with the climate system.

This led to the Kyoto Protocol, an international treaty adopted in December 1997, and now with 192 parties that are committed to reduce greenhouse gas emissions. The obligation to reduce emissions is put on developed countries because they were responsible for the current levels of greenhouses levels. A number of countries, including the US and Russia have either not ratified the Protocol or withdrawn from it. President George W. Bush withdrew the US from it in 2001.

A separate treaty is the Paris Agreement adopted by 196 parties on December 12, 2015. The objective of this agreement, the world’s first comprehensive climate agreement is to hold the increase in the global average temperature to below 2 degree Celsius by 2100. Each country decides and reports its contribution to reduce global warming. President Obama signed the agreement without obtaining the required two thirds majority vote in the Senate. The U.S. agreed to cut greenhouse gas emissions by 26-28% from 2005 levels. On June 1, 2017 President Donald Trump announced US withdrawal from the Agreement, on the grounds it would hurt the U.S. economy and lead to loss of US jobs. The U.S. gave up leadership of the issue and now China, the largest emitter of greenhouse gas is the key actor.

The US, and the international, problem of dealing with climate change is complicated for two reasons. By coincidence, climate change coincides with the process of globalization, with its winners and losers. Secondly, remedies require citizens to change their life styles and certain forms of behavior.

Trump faces difficult choices, starting with the assumption that his main interest is American jobs. How to meet the climate challenge? Technology is obviously important but what is the best alternative technology: solar power, nuclear fission, thermal energy, clean coal? Realistically, solar and wind energy met only 0.6% of world’s energy needs, and would, on present estimates, contribute less than 3% of world energy by 2040. Moreover, solar and wind almost certainty need subsidies, $125 billon in 2017, and $3 trillion over 25 years. Can the coalmining industry help? It may but it only employs 50,000, fewer than those in solar.

Yet the US is the second largest country in emission of carbon dioxide and therefore has a special obligation to help solve the problem in spite of the many difficulties. President Trump should try to make June in January.