Donald Trump is Not a Zionist Racist 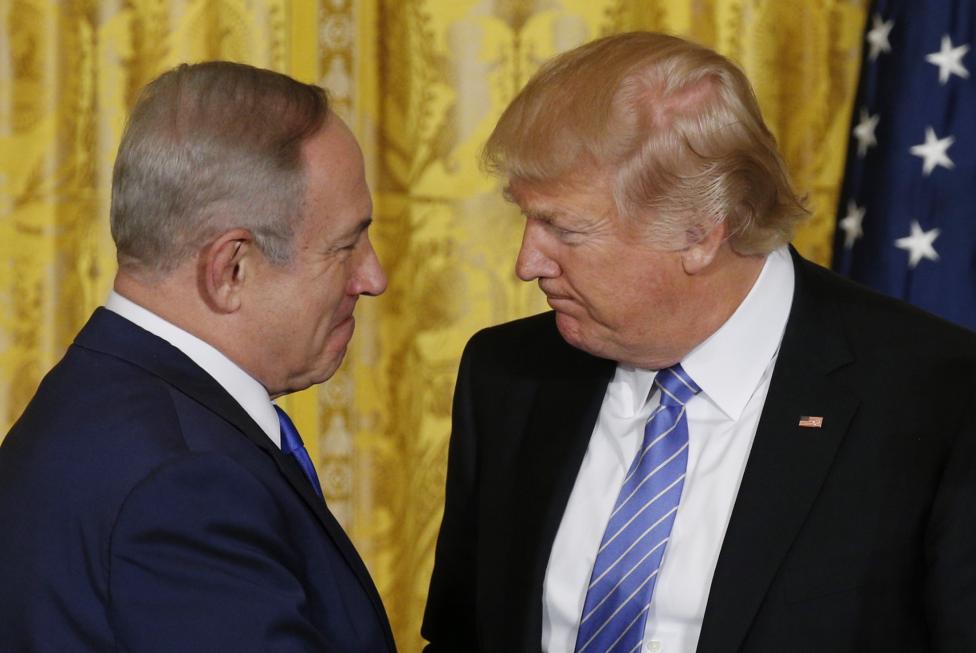 Donald J. Trump is not easy to define with exact unadorned precision. Like Shakespeare’s Cassius, he is fresh of spirit and resolve, to meet all perils very constantly. His universe is not a paradise of inner tranquility, but one of active decision making. Lacking a fixed ideological point of view, he is neither the most determined conservative, nor a cofounded liberal. Some critics have suggested he may be eccentric and aggressive, and fond of flags and loyalty parades. A majority of the enlightened, elite, classes who oppose him still doubt that he has the requisite qualifications to hold the highest office in the country and wonder who put him in the President’s chair. But one thing he is not and that is a “Zionist racist.”

This label and characterization, was recently bestowed on him by Jibtil Rajoub, deputy secretary of the Palestinian Fatah Central Committee who was repeating similar previous comments. In the same week a writer in Al-Hayat Al-Jadida, the official Palestinian Authority paper, on November 12, 2016 wrote that his election revealed the depths of the racist trend in the U.S.

President Trump, like people of good will, is eager to see or help bring about a peaceful solution to the Palestinian-Israeli dispute. Yet, while he clearly has good feelings towards the State of Israel, and his meeting with Prime Minister Benjamin Netanyahu appears to have been cordial and perhaps productive, it is premature to call him a Zionist, in any case an honorable term. Though moving the US Embassy from Tel-Aviv to the Israeli capital Jerusalem is eminently desirable there are legitimate differences, and Trump in spite of his favorable attitude remains, at the moment, undecided if not ambivalent.

What is most troubling about the Palestinian slander of Trump being a racist, is that it is a reminder of the constant battering of Israel for almost 40 years as a “racist” or “apartheid” state. This charge against Trump, as well as against the State of Israel, should be refuted by all objective commentators, whether they agree or not with Trump’s policies or intention, as well as those of Israel.

The concept of “race” was crucial to Nazis ideology and policy in carrying out the persecution of Jews and Holocaust. After World War II, UNESCO founded on November 16, 1945 in London, asserted that the Nazi atrocities had been made possible by propagating, through ignorance and prejudice, the doctrine of the inequality of men and races particularly concerning Jews.

Using race is one way of categorizing human diversity. The initial problem in dealing with the issue was the lack of unanimity in defining the nature of “race.” A number of formulas were discussed and asserted by UNESCO, at that time a more serious and objective body than it has since become, starting with the document, The Race Question on July 18, 1950 to clarify the meaning of “race.” The core of the disputed issue is whether race, is a biological fact, or a social myth.

One argument is that there is a biological basis to racial categories, certain anatomical and physiological characteristics, skin color, hair texture, facial makeup and stature, qualities assumed to be essential to or innate to a specific group. These distinct physical traits, different from other groups, are transmitted by hereditary.

From the beginning individuals such as Julian Huxley, objecting to the political use by Nazis of racial classifications, and because of possible misunderstanding of racial groups, substituted “ethnic group” for “race.” They wanted to avoid the use of the word because it appeared to deny or be critical of the concept of equality of the human species.

Even the July 1950 UNESCO declaration on race itself contained contradictions in definition. Part of it was expressed in biological scientific terms, of frequent distribution of genes or physical characteristics, but more frequently the emphasis was on race as a social construction or phenomenon, even a social myth, not a biological concept. This does not deny biological factors or distinct physical characteristics of a given group of people, but more emphasis would be put on social groups with a shared history, sense of identity, geographical links, and cultural affinities.

This criticism of the biological view is based on two reasons, one scientific, the other political. The first argues there is no indisputable biological evidence to support the view that the human species consists of different races. The other, political and social one, is that the “myth” of race has led to slavery, apartheid, and the Holocaust.

According to the 2013 U.S. Census Bureau Report, race and ethnicity are not quantifiable values, and indeed the intended 2020 Census asking people to identify themselves plans to omit “race” or “origin.”  It is a recognition that racial categories change over time. The U.S. was anticipated by France. In May 2013, the French National Assembly approved a bill to remove the words “race” and “racial” from the French penal code. Francois Hollande in his presidential electoral campaign ran on a platform calling for “race” to be removed from the French Constitution.

Whether one regards “race” as a social myth, “racism” is real. It is a falsehood that has taken a heavy toll in life and suffering. Its basis is that there is a hierarchy of races, some are superior to others, with the Aryan or Nordic race at the peak, and justified in dominating the “inferior” races, Slavs (Russians, Serbs, Poles), Gypsies and Jews.

Racism implies discrimination on the basis of ancestry, or physical characteristics, such as skin color or certain facial features, or cultural or religious beliefs. associated with a certain group of people. According to the UNESCO formula racism includes racist ideologies, prejudiced attitudes, discriminatory behavior, structural arrangements and institutional practices resulting in inequality, as well as the fallacious notion that discriminatory relations between groups are morally and scientifically justifiable .It is reflected in discriminatory provisions in legislation or regulations and practices as well as in prejudicial beliefs and acts.

The U.S. was confronted with the issue in Brown v. Board of Education of Topeka in May 1954 when the U.S. Supreme Court by 9-0 overruled Plessey v Ferguson 1896 that upheld state racial separation laws under the doctrine of separate but equal. The Court in Brown held that state laws for separate public schools for white and black students were unconstitutional. Separate educational facilities were inherently unequal and a violation of the 14th amendment of the U.S. Constitution.

The lowest point in the history of the United Nations was reached on November 10, 1975 when the UN General Assembly Resolution 3379 by 72-35 and 32 abstentions determined that “Zionism is a form of Racism and Racial Discrimination.” Though the Resolution was revoked in 1991 by UND GA RES 46/86, it was a reminder of antisemitism and anti-Jewish hatred in a considerable part of the world. As Daniel Patrick Moynihan said at the time, a great evil had been loosed on the world.

Race is not a fiction. Its use is one way to characterize human diversity, and it can be objectively discussed regarding physical and genetic factors. But “racism” is a sociological and political ordering that some races are inferior to others. It is not a scientific term but one that is concerned with discrimination, hatred, and malice.

One expects strong differences of opinion over the policies and actions of President Trump but he is no racist. The Palestinian organizations and personnel who keep using this malicious idiotic falsehood, this “great evil,” should be ashamed of themselves. Slanderous remarks are no way to peace.