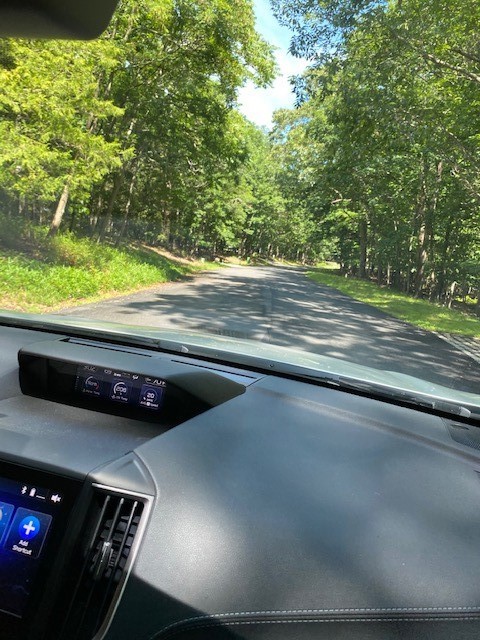 Driving on a back road under lush and lovely greenery, the trees overhead reach for one another, creating a canopy of sorts, an ancient ritual embrace….Nature consoles, Civilization fails that task. The town is far too crowded to navigate, there are too many people on the street, the lines are too long, one cannot park anywhere, obtaining a precious iced cappuccino is impossible.

It has rained, hard, for days but the sun peeked out for an hour yesterday, and today, it is promising a second appearance. It is cool, humid, gray, sedate. The wind is rustling the leaves, the branches are dancing, but there is no wildness in it, no whitecaps on the bay, no thunder and lightening in the sky, no smell of Heathcliff unloosed.

The fireworks in D.C. and New York never stopped coming, they hid the night sky, they nearly overwhelmed it, it was a bit too much for me—but others were dazzled, amazed, thrilled. I did not know that we had a Black National Anthem. Do we? What does this mean? That we have an anthem for whites, and another one for blacks? What about all the other people in this great land of ours: those of Native Indian origin; those who came from Mexico, the Caribbean, South America, Spain; those who’ve come from Africa, Australia, Bangladesh, China, India, Japan, the Middle East, Pakistan, Poland, Russia, the South Pacific? What unites us is what makes us Americans. What divides us, however colorful, however true, still divides us.