Extremist who glorified Lee Rigby’s murder back in jail

From the Daily Mail and  Court News UK

An Islamic extremist who glorified the murder of Drummer Lee Rigby has been jailed for secretly keeping two phones and two bank cards after his release from prison. 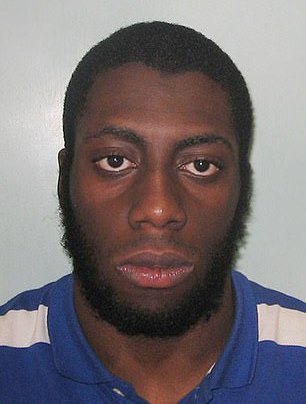 Royal Barnes was jailed for three years for having illegal phones and bank cards.

The 29-year-old, who was locked up in 2013 for glorifying the murder of Fusilier Lee Rigby, would try and stop couples from holding hands in the streets. Royal Barnes was also known to have gone on ‘Muslim Patrols’ to enforce Sharia Law in east-London.

After being locked up, he then ignored an order forcing him to notify police of his phones, bank cards and cars.

Mr Justice Sweeney jailed him for three years yesterday and said: ‘These were in my view very serious and persistent breaches committed from shortly after your release and after you had been informed twice of what was required of you. Thus, the culpability is high. Equally, while no actual harm was caused the offences demonstrate a serious risk of harm in the context of terrorism.’

Barnes failed to tell police about a Blackberry phone, where he concealed details of contacts, an iPhone and a Vauxhall car.

Police found him with the two unregistered phones and discovered he had used them 4,000 times over a four to five-month period.

Mark Dawson, prosecuting said ‘Mr Barnes pleaded guilty to the seven charges on the 25 September and was sent to this court . . The background is this, he was convicted on the 14 March 2014 receiving a 64-month custodial penalty. The qualifying period for that conviction is one of 15 years. He was first released from that sentence in September 2016. He was recalled to prison for breaching his licensing conditions. The licensing condition he breached was having an internet enabled mobile phone.’

‘There is just a long history of deliberate disregard for court orders. It is quite clear that his lack of notification is deliberate. It is repeated and it is ongoing.’

Barnes, of Chingford, east London, admitted seven counts of failing to comply with notification requirements under the Counter-Terrorism act 2008.

He was sentenced to three years imprisonment at the Old Bailey yesterday.