Fake News about The British Royalty and Upper Class 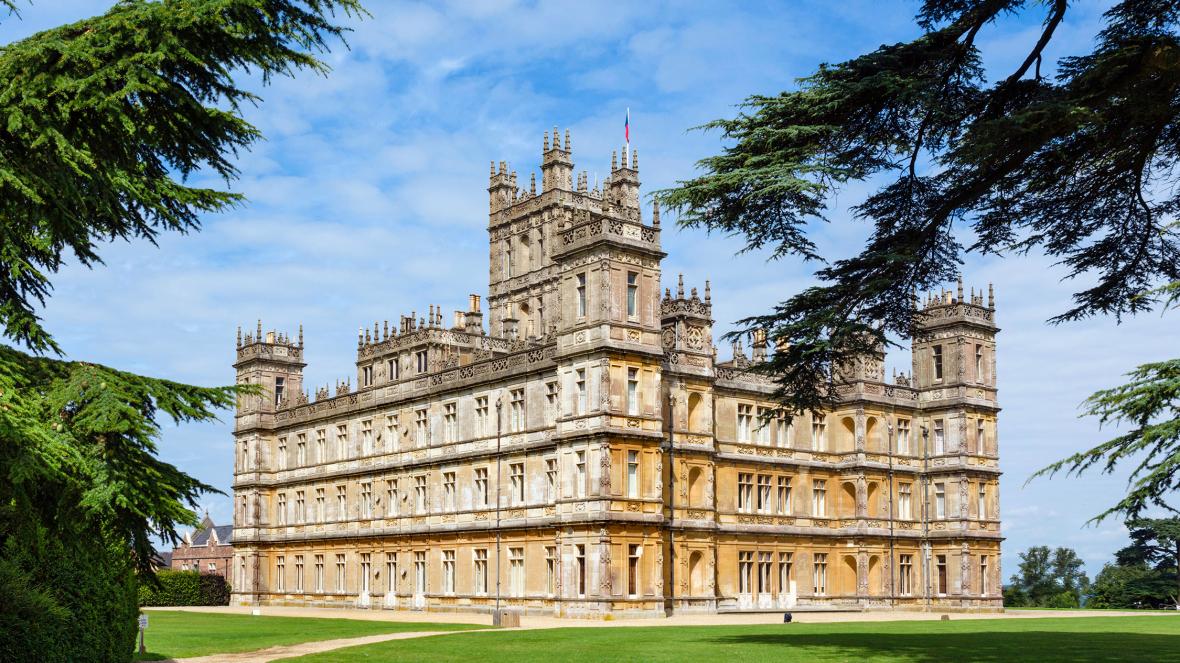 The Stately Homes of England, how beautiful they stand to prove the upper classes have still the upper hand.  Though the fact that they have to be rebuilt and frequently mortgaged to the hilt is inclined to take the gilt off the gingerbread.

At a moment when Britain is disquieted by scandal about Prince Andrew, disgraced for his friendship with the pedophile Jeffrey Epstein, the ongoing drama of Megxit, the withdrawal of Prince Harry and Meghan Markle from royal duties, and the rift between the two royal brothers, William and Harry, the British TV soap opera, ten episodes of The Crown,series 4 has appeared to provide alleged entertainment of the doings of the British royal family.

Because it is lavishly produced, well written, carefully acted, and cleverly invented, it is easy to accept The Crown as an accurate representation of a twenty year period in British history. However, no one should be confused. It is not a documentary of the life and behavior of Queen Elizabeth II, members of the Royal Family and associates, in the stately homes of Buckingham Palace, Windsor, and Balmoral, and the Prime Minister, Margaret Thatcher, but a psychodrama written with what can generously be termed artistic license about the actions and motivations of the leading figures. The soap opera cannot be characterized as Fake News with its mingling of truth and invention and inaccuracies, inventions sometimes fantasy around a factually correct fact, but the accuracy of its presentation of the various characters who appear is questionable.

Some of the invented incidents in The Crown can be noted. Discussions concerning Lord Mountbatten and Prince Charles, or the supposed political dialogue between Queen Elizabeth II and Michael Fagan who infiltrated Buckingham Palace and spoke to the Queen in her bedroom, or the tension by Margaret Thatcher because of personal concerns about the safety of her son and public concerns over the Falklands war, are not accurate representations of history. In particular, all of the remarks of Elizabeth who bestrides the series as a colossus, are invented.

One troubling image is the depiction of the relationship, mostly prickly encounters between the Queen and the Prime Minister. More controversial is the picture in an unflattering light of the Prince of Wales trapped in a loveless marriage, twelve years older than Diana, and seen as self-pitying, sometimes brutal to her, and resentful of her triumphs. He appears as a callous person compared with the sympathetic portrait of Diana, and her problems including an eating disorder.

More important mistakes concern the relations of Queen and Prime Minister, the absence of royal neutrality, the intrusion of the Queen on policy questions, and her implied skepticism about  Thatcher’s  free-market ideology. It is unlikely the Queen asked Thatcher to sign a Commonwealth statement on South Africa. It is equally unlikely she could she have talked to Thatcher about predictions of the next election, or that Thatcher had asked the Queen to dissolve Parliament to gain political advantage.

The Stately Homes, manors, country retreats, palatial villas have for centuries been the hallmark of the privileged life style of the British upper class, a small minority. The introduction of substantial taxation led to the demolition of some of them, and adaptation of  others, like the formidable Blenheim Palace, Castle Howard, and Chatsworth House to allow them to survive. The cult of the British countryside, and with it the life of the upper class, remains popular. One need only look a testament to the success of the novel, Brideshead Revisited, by Evelyn Waugh, and the TV series based on it, and to the six seasons of Downton Abbey, with their portrayals of hereditary privilege and chic amiable insouciance, and exhibition of charm.

The great homes of course are splendid to visit with their extraordinary objects of art, Canalettos, Titians, Van Dycks, Gainsboroughs, porcelain and furniture. But they are socially relevant as visible signs of the past wealth of their inhabitants, their social and economic status, and as homes of the hierarchical oligarchy of the former power elite.

The TV series of The Crown however is a useful starting point for consideration of two issues; the class nature of British society; and the relation between the Queen and the prime minister.

Social class is difficult to define, and indeed class distinctions express themselves differently at different times, but nevertheless differences are apparent in social, cultural, and   economic matters. Britain has long been preoccupation with class: George Orwell commented that England is the most class-ridden country under the sun. The manifestation are well-known by manners, dress, language a touch of formality, adherence to  accepted values. Though social mobility has increased with  changes in  education and social welfare, the class structure has been and is still defined by both objective factors, hereditary, income, wealth, occupation, circles of connections, and educational background, and  subjective assertion of people putting themselves in certain categories by unwritten rules. People are transferred by changes in their life  as Kate Middletown, from a middle class background, was transformed into  an upperclass superstar by marriage to Prince William.

Distinctions and assertion of  class power are apparent in many countries. In Sweden some families occupy the most prestigious jobs. in France the Grande Ecoles, the Ecole normale superieure, Sciences Po, and ENA, institutes of higher learning with highly competitive admission requirements, prepare those who will become the leaders of the upper levels of the country’s private and public sectors. In the U.S. you can always tell a Harvard graduate though you can’t tell her much. In Britain, a significant proportion of judges, senior politicians, civil servants, academic, and business leaders in powerful positions  come from prestigious private schools. Eton, school of Boris Johnson, and Harrow account for 27 prime ministers.

Yet in Britain class and class distinctions have been and remain important. One fictious episode in The Crown in particularly insightful, and almost resembles the setting for a musical standard by Rodgers and Hart. It portrays the humiliation of Margaret Thatcher in her visit to the Queen in her stately home of Balmoral by wearing inappropriate clothes, refusing to take part in field games, abstaining from drinking, not fitting in the world of royal life and being unaware of the unspoken code of conduct for visitors, though she was anxious about getting the details of  procedure and protocol right. She got too hungry for dinner at eight, never went to Balmoral in tweeds, sweaters and country boots, didn’t like party games with barons and earls, social circles spun too fast for her, that’s why the Lady is not upper class. To prove the point, Thatcher insisted, contrary to the rules, that a married couple should sleep together, not in separate rooms, saying those that sleep apart, grow apart.

Even with her vocal changes and makeover style, Thatcher was never able to cross boundaries and fit in, even when prime minister and the “Iron Lady of the Western World.”  She was the “grocer’s daughter from the town of Grantham whose father was also an alderman and a Methodist preacher. Clearly, a petty bourgeois not working class.  But Thatcher, Oxford education, research chemist, barrister, and prime minister 1979-1990, the first woman  to be PM in the UK,  did not have the easy confidence of a true member of the upper class, and was never seen as such.

Yet the nature of class and identity in Britain remains ambiguous if one looks at celebrities, such as Sean Connery,  Michael Caine and Cary Grant, all coming from poor working class families, who can be considered  because of their success as upper class.

Sean Connery, born in Scotland, son of a Catholic factory worker and a mother who was a Protestant domestic    cleaner, whose  family had come from Ireland grew up in a one room tenement. Leaving school at 13 with no qualifications, he delivered milk, laid bricks, was a coffin polisher, in the  Royal Navy at 16, truck driver, lifeguard, model at a college of art, and amateur football plyer, this working class Scottish boy materialized into the extraordinary character of James Bond, the upper class British spy. The uneducated Connery became James Bond, educated at Eton, the archetypal upper class man with beautiful women, vodka martinis, debonair womanizing, charisma,  self-confidence, and defying easy classification in spite of upper class mannerisms, in manners, dress, easy grace, self-assured style,

Knighted in 2000 in spite of his support for independence of Scotland called  by many the world’s greatest Scot, Connery, came to dislike Bond, but the character remains symbolic as a person who moved from one class to another. Bond would give more plausibility to The Crown.