Fear of the ‘No Fear’ Rally 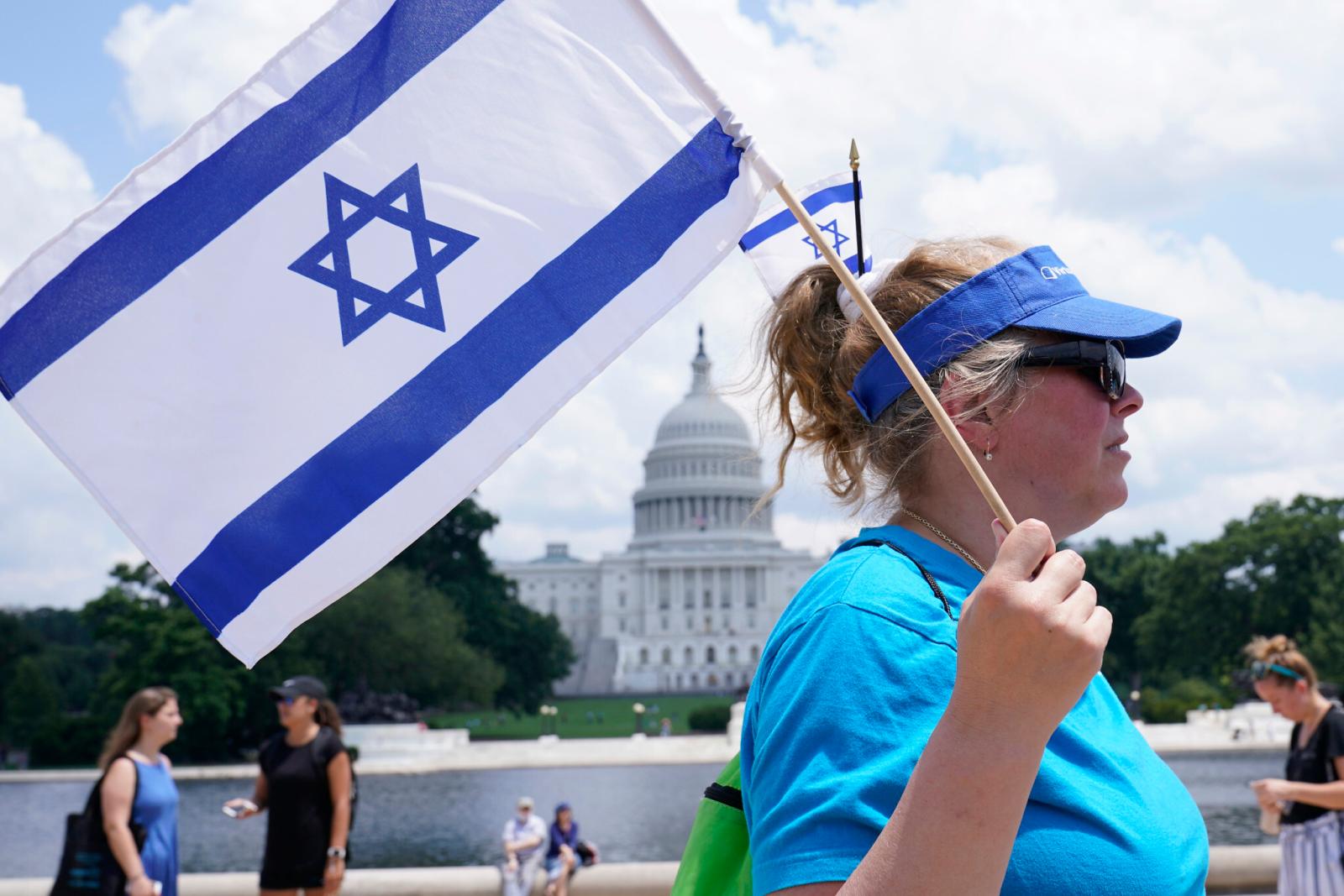 What if they held a rally against antisemitism and nobody came?

That was nearly the case with July 11’s “No Fear — A Rally in Solidarity with the Jewish People.” Held at the foot of the US Capitol in Washington, DC, and sponsored by more than 100 Jewish and interfaith organizations, including the Anti-Defamation League, American Jewish Committee, B’nai B’rith International, Hadassah, and the Jewish Federations of North America, event organizers chartered buses to bring participants from Boston, New York City, Philadelphia, and elsewhere.

Friends with another sponsoring group, the Jewish National Fund, said JNF distributed 500 blue baseball caps with “#No Fear” logos. It looked like roughly half those present wore the headgear.

By my estimates, only about 1,000 people came to decry a wave of anti-Jewish attacks across America. Supposedly, the violence was sparked by Israel’s battle in May against Palestinian missile barrages from the Gaza Strip. How dare those Jews defend themselves?

The audience along the Capitol Reflecting Pool would have disappeared among the 10,000-20,000 who filled the Capitol’s West Lawn for the spring, 2002 pro-Israel rally during the Second Intifada, not to mention the 200,000-plus at the December 1987 March for Soviet Jewry.

Trees offered some shade, but most of the crowd baked in direct sun. Organizers prudently had limited the event to an hour and a-half, and scattered shrink-wrapped cases of water bottles. But if you’re under siege and you’ve seen this movie — the marginalization of the Jews – before, do you surrender to the heat index?

Noginsky, who grew up in the Soviet Union, said, “I remember how even as a young child, I experienced terrible antisemitism. Never in my darkest dreams did I imagine that I would feel the same way here in the United States, the land of freedom and endless possibilities.”

Israeli actress and author Noa Tishby asserted that “so much of the antisemitism of today simply attributes all the evil tropes, lies, and libels that have been used for centuries to justify the worst horrors against Jewish people to the Jewish state. … [T]his hatred is being used to attack our Jewish communities.”

Speakers urged listeners to be proud Jews, proud Zionists, and to have no fear. But only one suggested a way to take the offensive against Jew-haters. Joshua Washington, executive director of the Institute for Black Solidarity with Israel, said, “Never concede. Never concede.”

Elisha Wiesel, a rally organizer, said, “looking out at all of you today, it becomes clear that instead of dividing us, the enemies of the Jewish people, whether from the right or the left, at home or abroad, have instead united us.”

J Street, self-described as “pro-Israel, pro-peace” but habitually parroting Palestinian complaints, and Americans for Peace Now, for example, did not participate. Neither group can quite define the BDS movement (Boycott, Divest, and Sanction) movement as antisemitic, even though its founders acknowledged their goal was the elimination of the world’s one Jewish state — and even though Natan Sharansky clarified that by invoking double standards, delegitimization, and demonization, anti-Zionism becomes antisemitism.

Former Sen. Norm Coleman (Minn.) and former Rep. Ron Klein (Fla.,) respectively leaders of the Republican Jewish Coalition and Democratic Jewish National Council, joined to decry Jew-hatred from the left and right. Far-right antisemitism sometimes is homicidal, but what once was far-left antisemitism dominates academia, influences news and entertainment media, and penetrates the Democratic Party as it did the United Kingdom’s Labour Party — political home to British Jewry for nearly a century — under Jeremy Corbyn’s leadership.

Several million Jews live within a few hours’ drive of the rally. No Fear? Or no faith, no fervor, and more than a little fear?

First published in the Algemeiner.