Abuse of power led to the terrible fire in London. 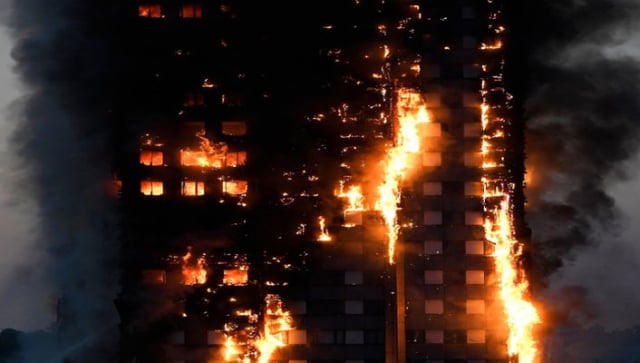 The disastrous fire in Grenfell Tower, a tower block of public housing in London, in which at least 30 and possibly many more people were killed could not have come at a better time for Jeremy Corbyn, the leader of the opposition to Theresa May’s Conservative government. Corbyn is a natural hugger of potential voters, whereas May is not—and what establishes the depths of a person’s compassion for victims more indisputably than a hug? Corbyn senses that he is but a compassionate gesture or two away from occupying Number 10 Downing Street. Corbyn says that he is very angry at what happened, which he links to what is known as fiscal austerity—that is, when government spends only 108 percent of tax revenue, instead of the much higher percentage that he favors. He skated over the part played by the public sector in the tragedy, in which the tower took flame and burnt like an Australian forest fire in the dry season.

Grenfell Tower was erected as public housing in 1974. Like all such towers (4,000 of them in Britain) erected at the time, it was an aesthetic blot on the townscape, irredeemably hideous, and also destructive of the possibility of civilized sociability. One reason that Grenfell Tower was “refurbished” at a cost of more than $10 million shortly before the fire occurred was to improve its appearance slightly, to make it look less Soviet. There was, of course, only so much that could be done in this direction.

Unfortunately, the cladding used to insulate the building, protect it from rain, and improve its appearance was highly flammable, and it was attached to the building in such a way that it acted as a kind of chimney once the fire began. The local borough council owned the building but had devolved its management to a non-profit-making management quasi-company that was, in essence, in the public sector, though it paid its senior staff, in effect local-government civil servants, private-sector-sized salaries. This effectively public-sector management firm was responsible for choosing the refurbishment and for guaranteeing and certifying that the work done was safe, though similar such work had previously caused fires in buildings like Grenfell Tower. It hired a private contractor, the successor to a company that had previously gone bankrupt after a large claim had been made against it for defective work.

The quasi-public-sector management company, by all accounts, had disregarded the tenants’ repeatedly voiced concerns about the lack of proper fire precautions in the building. My experience of public-sector housing authorities, when I was a doctor with many patients who lived in public housing, was that they were stone deaf to all justified tenant complaints, unless someone like me made firm representations on the tenants’ behalf. These authorities were unutterably heartless and dishonest, as well as incompetent. They had to be protected from their clients by bulletproof glass.

The horrible fire, however, which is among the most terrifying anyone has ever witnessed, is being used to demand more public expenditure, raised and administered by the same kinds of people who brought such joy to the residents of Grenfell Tower.