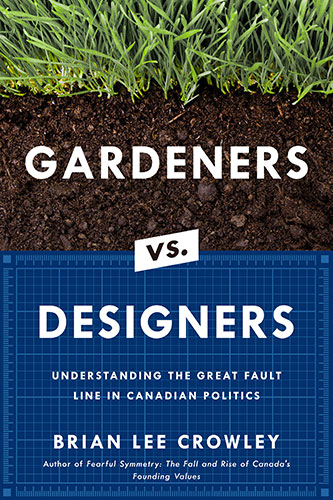 As I write this introduction to Brian Lee Crowley’s book, the full effects on the western world, both economic and social, of the COVID-19 epidemic have yet to be revealed, but there is already no shortage of calls for a thorough change in economic and social models.

The word “model” in this context is very revealing, for it implies two things: first that our societies are possessed of and are built upon a pre-conceived model, and second that societies can and ought to be redesigned and rebuilt according to such a preconceived model, this time a better one. This is rationalism gone mad, and is rightly the object of the author’s criticisms. One might have hoped that by now the disastrous practical results of politics conceived of as the fulfilment of a blueprint of perfection would have been clear to everyone, but in politics no defeat of bad ideas is final and illusion springs eternal in the human mind. The temptation, especially for intellectuals, to criticize what exists by reference to a perfection that has never existed and never will exist is more or less permanent, and must at all times be resisted.

Mr. Crowley’s book is about Canada, a country that has been exceptionally fortunate (and wise) by comparison with the standards of most societies throughout human history. He readily admits that there have been failures and failings, but one would expect no less from a society of fallen creatures such as Man. Nor is it true that Canada, though by no means an ideological state, was founded on no principles whatever. On the contrary, its founders understood what many people seem unable to understand at the present conjuncture, namely, that to have no principles at all is to be a scoundrel, but to have only principles is to be a fanatic. The founding principles of Canada, then, were those to limit the power of the state such that the population that lived within its jurisdiction was free (within limits, of course) to pursue its own ends and to allow it as wide a margin of freedom as possible as was consistent with civilized living.

The maintenance of such a dispensation requires restraint, modesty and tolerance – the kind of tolerance that is a habit of the heart rather than only a justiciable demand. The author is particularly persuasive on the kind of modesty that is required: an awareness of the inevitable limitations of human knowledge and foresight, both individual and collective. Having divided thinkers about society into two large categories, the designers and the gardeners, he tells us that the designers believe that they have sufficient knowledge or data to bring about precisely the end that they desire (or at least that they say that they desire, though their drive to power should never be underestimated) without any deleterious unintended consequences, whereas the gardeners are more modest and are content to work with what already exists, especially where whatever already exists has virtues or beauties. This is not a call to inaction or passivity: gardeners have a profound influence on the gardens that they cultivate, but they do not fall prey to the delusion that they can create anything they like irrespective of the climate, soil, nature of the plants available, etc.

Canadians are more than usually fortunate in what they have inherited, says the author, and judging by the people who vote with their feet to move to Canada, he is not alone in his judgment. Canada has managed to combine individual freedom with social decency as few countries have managed.

But there is no room for complacency. As he rightly warns, there are those in Canada, as everywhere else, who would make the best conceivable (best, that is, as decreed by them) the enemy of the good. They find in Canadian history instances of the country failing to live up to its promises and then conclude, like political Savonarolas, that the promises were nothing but hypocrisy and smokescreen for private interests. They are evangelical preachers denouncing sin and calling on everyone to repent. They want to destroy to perfect.

These are the people who would destroy the delicate balance necessary to combine individual freedom with social decency. They are the kind of people who see in differences in outcome between different social groups nothing but injustice and the workings of illicit prejudice, and never differences in tastes or propensities. To take an absurd example, they would demand that until people of Vietnamese origin become heavyweight champion boxers, the boxing authorities be denounced as anti-Vietnamese. In other words, they do not accept that a free and just society is bound to result in group differences.

Mr Crowley’s book is an invaluable study in how a still-fortunate society may reconcile freedom with fairness and decency without resort to supposedly all-knowing, all-powerful and totalitarian-leaning experts who would enslave millions to bring about their reign of virtue. But its balance is not immutable.

PrevIn Bahrain, Opposition to Normalization Unsurprisingly Greater Than In the UAE
Bahraini Minister: Normalization Will Help Against Iran, But Palestinians Not ForgottenNext