From the Bolton News 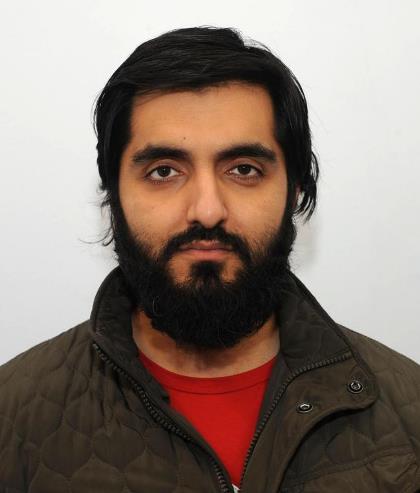 A radicalised chemistry teacher jailed for planning to join so-called Islamic State who was tipped for release from prison next month is already back on the streets. Sharples School teacher Jamshed Javeed, 35, was jailed for six years in March 2015 for planning to travel from his Manchester home to Syria to join IS.

Despite being handed an extended sentence, the Parole Board cleared him for release last year when he was halfway through his sentence, we can reveal.

He was initially thought to be eligible for release in March but officials confirmed he has already been freed from prison on licence.

The news comes as the Government presses ahead with plans to bring in emergency laws to stop any more terrorists being freed from prison automatically by setting up a specialist Parole Board panel to review cases eligible for release. Lawyers are gearing up to fight the proposals, set to be put before the House of Commons next week, arguing that the rules cannot be imposed retrospectively on criminals already sentenced. The urgent legislation was put in motion after two terror attacks in three months were carried out by convicted terrorists following their release from prison.

Javeed was poised to travel to the war-torn state (Syria) in late 2013 . . .he was arrested hours before he was set to leave the UK. Police discovered he had researched prominent figures such as the radical clerics Abu Hamza and Abu Qatada, as well as the jihadi group Jabhat al Nusra on the internet.

Judge Michael Topolski QC, when sentencing the 30-year-old, said he was “not satisfied” that Javeed had rejected “Isis’s ultimate aims” and ruled that he posed a danger to the public in the UK and abroad. He was handed an extended sentence of nine years, six of those to be served behind bars with a three year licence period afterwards.

Judge Topolski said Javeed remained “adherent to a violent jihadist mindset”, adding: “You are in my judgment an individual whose potential danger to the public in this country or abroad is clear.”

The Parole Board said his case was “concluded” in June last year.

He has since been released.

A target of February 27 has been set to rush the Bill through Parliament as police chiefs warned that the threat of terrorism is “not diminishing”.

It is understood Sunderland shopkeeper Mohammed Zahir Khan is due to be released on February 28, while around five other terrorists are expected to be let out in March unless the new law is in force.

PrevPalestinians Are “Disappointed” In Initial Arab Response — Arab League Then Rejects the Trump Plan
Mahmoud Abbas Cuts Off All Relations With Israel – But For How Long?Next