a review by Theodore Dalrymple 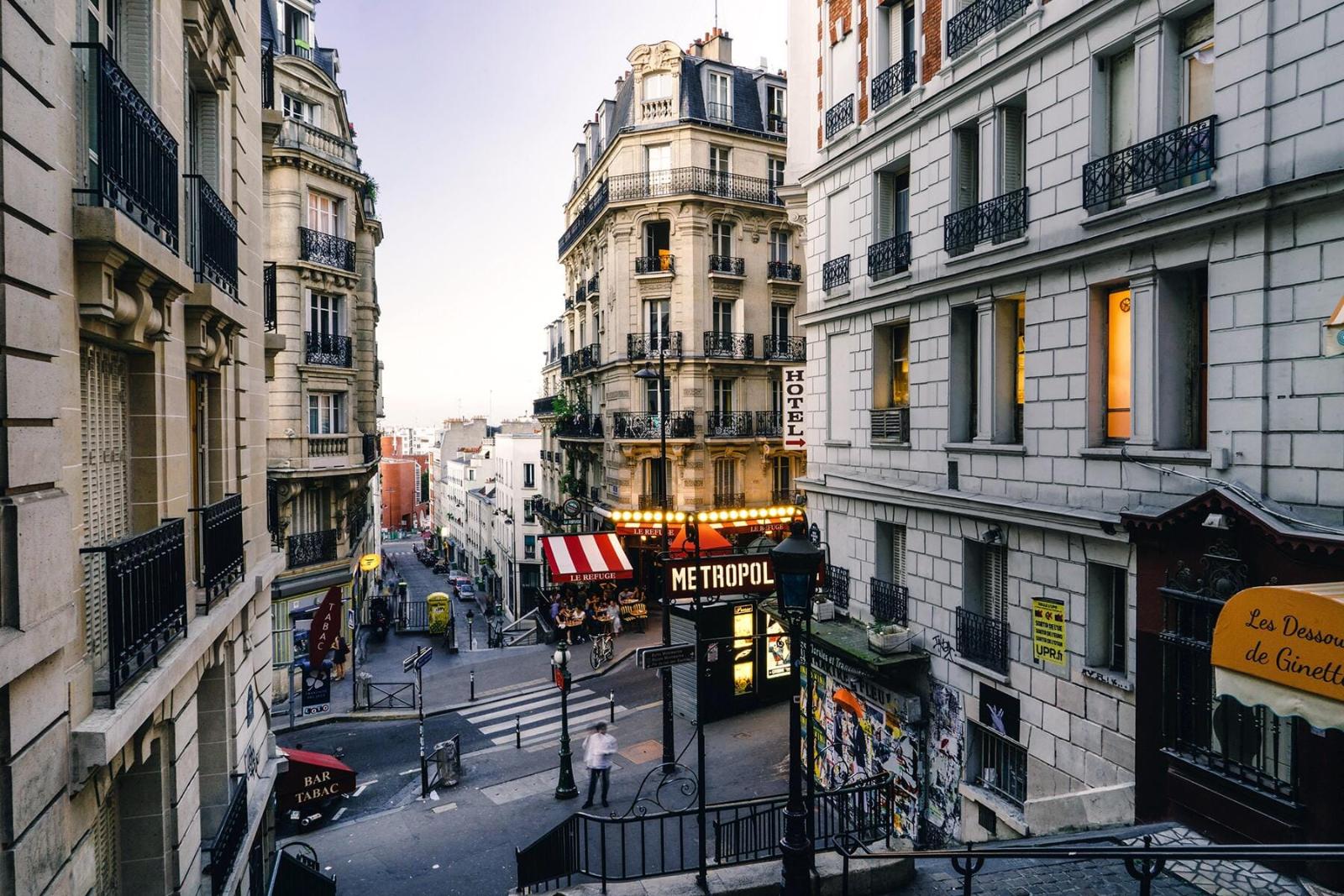 Living between Britain and France, I am often surprised by how little each country looks to the other. They are separated by a narrow stretch of water, but they might as well be antipodes as far as commentators in each are concerned. Many of their social and political problems are so similar, and yet no one appears to notice this fact.

In both countries, the inefficacy of their criminal justice systems leads to a sense of insecurity. Both countries suffer from the deterioration of their public education systems. The decline of Catholicism in France is paralleled by the decline of both Anglicanism and non-conformist Protestantism in Britain, and the sudden appearance of a religion new to both countries, Islam, gives rise to parallel undercurrents of anxiety. Moral boundaries in both countries have melted away like snow in spring, leaving behind a rampant individualism. In both countries, deindustrialization has produced a demoralized white ­sub-proletariat.

Jérôme Fourquet’s best-selling book, titled in English The French Archipelago, is a powerful and detailed account of the evolution of modern French society. It makes only cursory reference to other countries, yet I often felt while reading it that I could have been reading about Britain. Take Fourquet’s description of the role of soccer in France:

We generally consider that this sport unites a large public irrespective of social barriers. It is not by chance if many politicians and chief executives proclaim their passion for the round ball and have themselves photographed, a scarf in club colours wrapped round their necks, in the stadiums. The function of these pictures is to show that these members of the elite are able to vulgarise themselves and to make contact with the wider population.

Scarcely any interview of a British chief executive in the Financial Times fails to mention his passion for soccer, as if it somehow mitigated his appropriation of shareholders’ funds and lessened his economic distance from the great mass of the population. But if this supposedly passionate fan should attend a match, he would do so under completely different conditions than the rest of the crowd. As Fourquet says:

In the stadium, away from the regular season-ticket holders, in 224 places just above the two team benches, there is the enclosure in which sportsmen, show-biz people, politicians, and chief executives are carefully and selectively mixed. . . . On the evenings of a match one can regularly see this variegated social Gotha [high society] talking together while filmed by television and photographed by the paparazzi’s cameras.

Fourquet’s thesis is that French society is breaking up into ­mutually uncomprehending and sometimes hostile social islets, separated not only geographically but by the tastes, culture, education level, and economic prospects of their inhabitants, who have little contact with or sympathy for one another. This is not to say, of course, that there ever was a golden age in which national and social cohesion were absolute. But there was a time when the population of l’Hexagone, as the French call continental France, shared an underlying sense of living in a single society. Today, what divides is more important than what unites.

Fourquet begins his analysis with an account of the precipitous, indeed astonishing, decline of Catholicism in the nation that once was called the Eldest Daughter of the Church. The decline has been so thorough that I once found a recent edition of Flaubert for students that explained in its notes what the Trinity and sacramental confession were, presumably because many pupils would not otherwise know. Only 5 percent of French Catholics now attends church weekly, and even such vestigial sacraments as baptism are declining rapidly (perhaps not surprisingly, since nearly 60 percent of births in France occur out of wedlock). The number of priests has declined by more than half between 1990 and 2015, and given their advanced age and the lack of new vocations, soon there will be practically no French priests at all. The few who remain will be African or Filipino.

In 1900, 20 percent of newborn girls in France were named Marie, the number varying with the degree of local attachment to Catholicism. Today, Marie is a name rarely given to anyone anywhere in the country. A law passed in 1803 required that all children in France be given one of two thousand names, mainly those of saints. But at the end of World War II, the law began to be ignored, and the numbers of names given to children began to increase. By the time the law was repealed in 1993, it was a dead letter, and today the ­number of names given to newborns each year stands at 14,000, not including the 55,000 names (one in fourteen births) bestowed on not more than three children in a given year, many of which are completely made-up. Fourquet sees in this trend the rise of mass narcissism, the need to make one’s mark merely because it is one’s mark.

Until the late 1960s, the Communist party acted as an oppositional alternative to Catholicism for a quarter of the population of France. It was, paradoxically, dependent on Catholicism for its salience, and it collapsed along with its opponent. Catholicism had functioned as moral scaffolding for French society, even for those who were not believers. Since the human mind is similar to nature in its dislike of a vacuum, Catholicism has been replaced by a narcissistic and individualistic paganism whose elements are chosen like dishes at a buffet and include a vague, almost contentless and undemanding spiritualism, combined with sexual hedonism and a liberal social doxa.

Precisely as the moral scaffolding was collapsing, two other developments contributed to what Fourquet calls the archipeligisation of France. The first was the industrialization of farming, with its destruction of the peasantry, combined with the disappearance of industry properly so called and the consequent loss of stable jobs for the working class; the second was the arrival in France of large numbers of immigrants.

Again the analysis of names given at birth is revealing, especially in France where it is forbidden for official statistics to be gathered on ethnicity or religious affiliation. Very few newborn children were given Muslim names in 1970; by 2016, Muslim names accounted for 18 percent, and the share is bound to increase. ­Fourquet shows that problems of integration relate specifically to immigrants from Muslim countries. It is true that an increasing number of Muslims now participate in national life. For example, the proportion of Muslim deputies to the National Assembly belonging to Emmanuel Macron’s new political party is proportionate to the number of Muslims in the general population. In addition, and somewhat to my surprise, nearly half of young men of North African descent marry outside their group of origin. But Muslim women who marry outside their group have to cut all contact with their families. Immigrants from other backgrounds, such as the Chinese and the Vietnamese, increasingly give French names to their children. Muslim women who marry outside their group do the same, whereas those who live in areas with a high proportion of Muslims do not.

Reading the book from a British point of view, I was struck by the similarities between political developments in France and in Britain. For example, the ­relatively stable two-party system in both countries has broken down completely. While the two-party system endured, it was reasonable to elect deputies to parliaments by a first-past-the-post counting of the votes in the various constituencies, the candidate with the most votes being elected; but where the system has broken down, such that there are more than two serious contenders, that procedure becomes extremely dangerous, in that it can leave the majority of the population unrepresented. It makes possible a government that is legitimately elected according to the rules but has very limited legitimacy in terms of popular support.

Meanwhile, things that do command majority support are neglected in the name of a higher commitment to liberalism and democracy. In 2005, there was a referendum in France on the proposed constitution for the whole of Europe. It foreshadowed the Brexit referendum very closely. Fourquet writes:

In 2005 there was another thunderclap, with the large “no” vote in the referendum on the Euro­pean constitution: 62 percent of the managerial class and intellectual professions voted “yes,” against 45 percent of the population as a whole (38 percent of non-managerial employees and 26 percent of workers).

The main difference was that the French government felt able to press ahead with the scheme by ignoring the result, and the British government did not, though it has tried very hard to vitiate the result of the Brexit referendum. As one of two French peasants looking across the Channel put it in a cartoon in Le Figaro soon after the Brexit vote: “They do things completely differently over there, they take notice of the result.” But no doubt the British political class would now agree with Laurence Sterne at the opening of his ­Sentimental ­Journey: “They order this matter better in France.”