Gallic Lycanthropy: ‘It’s not the pale moon that excites me’ 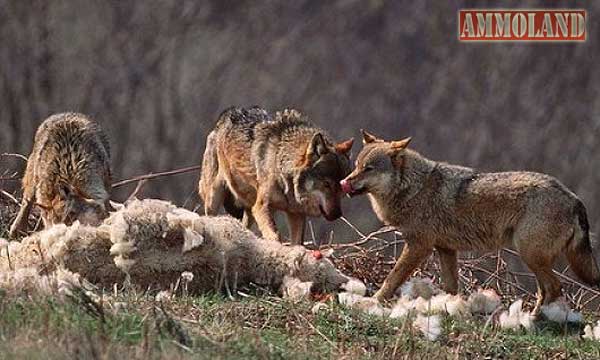 Wolves have returned to the neighbourhood in which I have my house in France. It borders the département in which the so called Beast of Gévaudun, presumably a wolf, a pair or a pack of wolves, terrified the population in the middle years of the eighteenth century, killing perhaps a hundred people. Three miles from my house, local people have painted a slogan across the road: Morts aux loups, death to wolves. Feelings run high.

Differing attitudes to the return of the wolves in France are emblematic of the social divisions in the country revealed by the Yellow Vests. The metropolitan élite is in favour of wolves and re-wilding. They point out (correctly) that the reintroduction of wolves into the Yosemite National Park in the United States was followed by a remarkable increase in biodiversity: top predators are essential for the ecological health of an environment. Moreover, Spain has a population of wolves seven or eight times the size of France’s, and local economies have not collapsed. The last documented wolf attacks on humans in Spain that I have been able to find occurred in 1974, when a wolf attacked and killed a young child and a baby. Bulls kill more than wolves in Spain.

But to those who live in the countryside, the élite’s lupophilia smacks of the same kind of airy condescension as President Macron’s tax on diesel, designed to save the world from global warming at the expense of les ploucs, the relatively impoverished bumpkins who needed their diesel vehicles to get around with reasonable economy and have no choice but to drive long distances. The élite would not, of course, have to live with the practical consequences of their desire to see wolves prosper and multiply: at base, theirs was an aesthetic approach to the whole question. They liked the idea of wolves rather than the reality of meeting them in the flesh, and ideas for them are what count.

Wolves are not yet present on my land, at least as far as I know, but their spread seems inevitable. Would I welcome it? There are not many sheep around, and when my distant neighbour decided to keep some free-range goats I should have been glad of a few wolves to keep them in order. They were terrible: only death deterred them from eating everything in sight and climbing on our roofs.

In a review in the Spectator for 23 February on a book about wolves, we read the following

‘Every educated person today knows that wolves don’t eat people, [the author] Radinger writes (I didn’t know this, and a statistically insignificant poll among my reasonably educated friends returned a range of responses, including the conviction that wolves are baying for our blood).’

Whether wolves actually eat people is not the question, however: it is whether wolves attack and kill or injure them. It seems that of latter years there has been the same kind of effort to downplay the dangerousness of wolves as that which went into persuading us that cannibalism was a myth and had never really existed. Wolves are friendly, wolves are nice, wolves tell us something about how we ought to live.

This is not the traditional view, of course. When the last wolf in France was killed in 1922, it was a cause of rejoicing, not of ecological lamentation. An ancient enemy was defeated once and for all. Scholars think that about 3000 people were killed in France by wolves over the three centuries before their extirpation: not a major cause of mortality, but not testimony to their innocuousness either.

Now the wolves are back, this time as undocumented immigrants from Italy. They are fanning outwards through the country, and it is thought that there are now about 360 of them (11,000 is the figure I have seen quoted for their apogee in the three centuries aforementioned), and that they are increasing in number at a rate of 10-20 per cent per year.

France has not only de-industrialised, it has deagriculturalised, at least in areas of intrinsically low agricultural productivity (the more productive areas are fast going over to agribusiness). The land is returning to nature, with a large increase in deer and boar populations, ready prey for wolves. The boar, by the way, are more often than not cochongliers, a cross between domestic pigs (cochons) and boar (sangliers), sometimes deliberately bred for the benefit of hunters because the fecundity of cochongliers is so much greater. They are a menace for gardeners.

But wolves prey on sheep as well as on wild animals, and this rather obvious fact has opened a breach between those who welcome their return to France as a sign of beneficent re-wilding and biodiversity, and those small farmers who are trying to wrest their livelihood on parcels of infertile land by means of sheep-raising. The wolves now kill 10,000 sheep or more a year France (about 0.2 per cent of the sheep population), but because of the fear that their presence induces, a flock’s productivity after a wolf attack declines dramatically. The losses are, of course, concentrated in the areas where the wolves live, and may be so catastrophic for the farmers, who are never very far above the subsistence level, that they decide to throw in the towel. Sheep farmers in wolf-infested areas have to protect their flocks from wolves by means of fences and shelters, or by the keeping of a special breed of dog, all of which is expensive even though subsidised to an extent by the government. Permission is given to farmers in special circumstances to cull the wolves, about 40 a year, provided they can show that the wolves have caused damage that cannot be prevented any other way than by killing them; but the penalty for an unauthorised killing of a wolf is up to a year in prison and a fine of 15,000 Euros.

There are many, perhaps most, offences against human beings that are treated far more leniently by the law. Man may be a wolf to man, but not a wolf to Wolf.