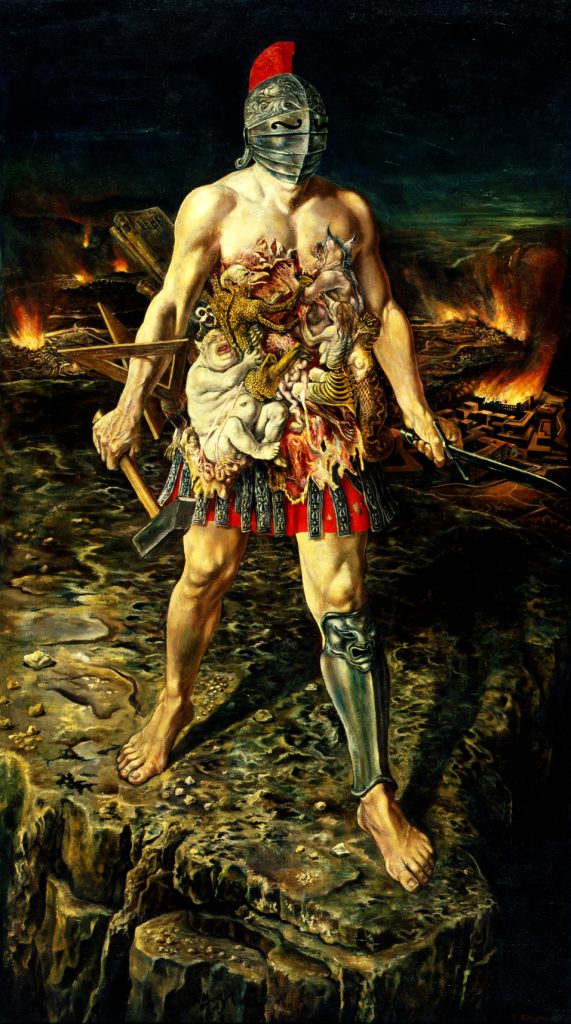 BBC’s story of Russian journalists braving Putin’s Orwellian law that defines factual coverage of the Ukraine war as “disinformation” punishable by imprisonment for up to 15 years made me look up Orwell’s foundational principle of the “1984” society — which turned out to read “war is peace. freedom is slavery. ignorance is strength.” Along with proving the exact quote, google offered an interpretation: “The meaning of this phrase is to force confusion upon the members of the Party. It is a form of propaganda, or misleading information typically given by a political party.”

I am not sure I agree. “War is peace. freedom is slavery” sounds confusing only because polar opposites are equated. But apply the antonyms to different entities — “[foreign] war is [domestic] peace. freedom [for government] is slavery [for people]” — and the slogan, clearly written from the perspective of the rulers, makes perfect sense. It is of course well known that a war for survival causes an up-swelling of patriotism, and adds popularity to the government (which is why Mr. Putin casts his war with Ukraine in existential light, telling the Russians, in essence, that “if we did not preempt, we’d get attacked through Ukraine by the evil America and NATO”); and that powers of the government and of the people is a zero-sum game — the more power the government has, the less is left for the governed. Consider North Korea in which Mr. Kim is an absolute ruler, owning some thirty million slaves. He’s free. His subjects are not. From his perspective, “freedom is slavery.” What’s there to cause confusion?

“Ignorance is strength,” however, follows a different pattern than “war is peace. freedom is slavery.” It does not equate the opposites; for that, “ignorance is knowledge” would have been the right choice of words. I do not know why Orwell went for “ignorance is strength” instead, but there is nothing confusing about it at all: ignorance is indeed strength — that is, ignorance cases people to apply strength where it would not have occurred to them to apply it have they known what they are doing, The war in Ukraine is a classic: it was based on complete misreading of the Ukrainian society, of the state of Ukrainian army, and of the impending Western reaction. In the ignorance of basic realities, Russia applied strength in Ukraine — with a result that was not good for anyone, Russia included.

For the very same reason, “ignorance is strength” in suicide bombers. What gives them strength to push the button is their assurance that they are doing God a favor by killing whom they consider infidels and are assured of paradise. Yet they are ignorant of a simple fact that it does not follow from Mohammed’s insistence that God talked to him, that God actually talked to him; thus, they are ignorant of a simple fact that Mohammed may not have been a prophet, and Koran may not be God’s word. They are ignorant of a simple fact that after Mohammed died, no one can even be sure what Koran means, since anyone inevitably reads into the Koran what they want to read into it, the meaning intended by Mohammed no longer verifiable (which is why after Mohammed’s death Islam splintered into multiple Islams, like Shiism and Sunnism, each insisting that they carry the flag of True Faith, but neither able to convince the opponent.) Had they known this, suicide bombers would have excused themselves and turned away from jihad, keeping in mind that it may land them in hell rather than paradise.

So yes, “ignorance is strength.” But it is the strength to do what is stupid, what is destructive, what one repents doing — if one gets a chance to repent, of course. Ignorance is the kind of strength that is well-illustrated in a German artist Rudolf Schlichter’s 1937 painting “Blinde Macht” (above) — “Blind Might” in which, egged on by unhealthy passions that eat at him, a mighty man with a very limited field of vision is about to bravely step over a precipice: a forewarning of the fate of the Third Reich.

So how Orwellian is Orwell’s “ignorance is strength”? It is not any more Orwellian that “ignorance is bliss” — and for exactly the same reason: the reality may be unpleasant; closing the eyes to it — either to escape, or to confront it — is a tempting solution. There is simply nothing paradoxical about it; the only paradox here is why did Orwell choose this non-paradoxical formula to depict a paradoxically dystopian society. But other than that enigma, Orwell’s “war is peace. freedom is slavery. ignorance is strength” comes across as confusing only because it is so brief. Unpack it — and, contrary to what the all-knowing google says, there is nothing paradoxical, or confusing — or for that matter, Orwellian — about it.

Lev Tsitrin is the author of “The Pitfall of Truth: Holy War, its Rationale and Folly”