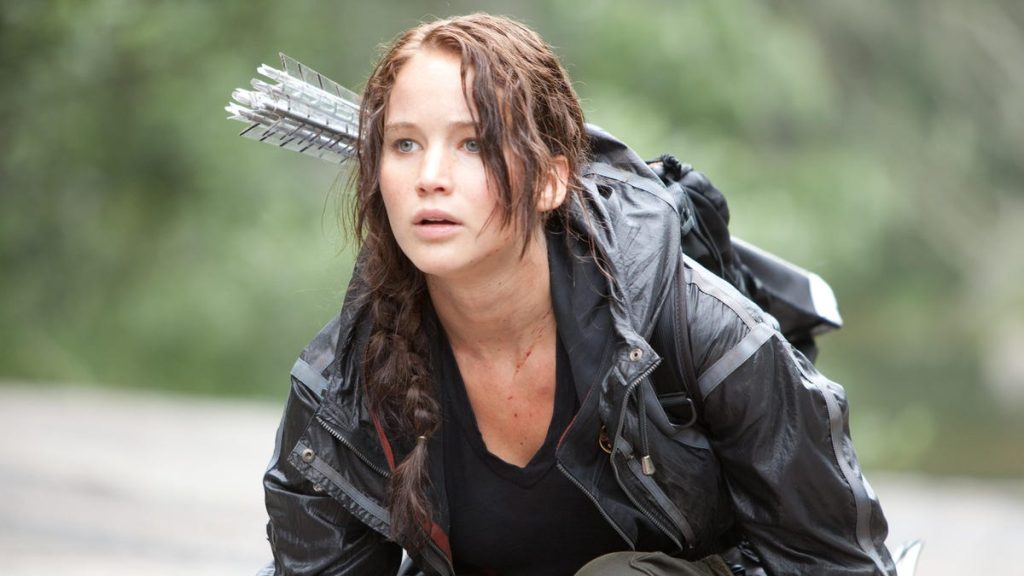 There is an interesting opportunity at comparing how a male author and a female author treat an almost identical fictional topic in two novels. Granted that there are many idiosyncratic elements when writing fiction by anyone, I believe that some generalities can be made from comparing the two novels, Battle Royale and The Hunger Games. The differences in both books are augmented by the fact that the topic treated in both books is unique from a literary standpoint.

Battle Royale, by a male author, Koushun Takami, is in a future dystopia. The main plot revolves around the yearly free for all battle to the death of 42 young teenage students, who are suddenly and unexpectedly drafted by a totalitarian Japanese government. Only one winner is allowed and the battle takes place on a small, deserted island. Each individual is given one, random, weapon, a small loaf of bread and a couple of bottles of water, all in a knapsack, then sent out to fend for himself/herself. Although the aim of the contest is for each person to kill every other person, alliances form, always by the relatively inoffensive participants who help each other out and who are simply trying to avoid being killed; two of the students are out and out psychopaths (the female Mitsuko and the male Kazuo), actively participating in the game all the while enjoying the carnage that they inflict. Ultimately, three manage to avoid being killed and, therefore, are the (unofficial) winners. A film was made in Japan, based on the movie.

The Hunger Games, by the female author, Suzanne Collins, was published after Battle Royale was available and the numerous parallels have made some people suspect that the theme was borrowed (or plagiarized, if one wants to be blunt about it), although there is little evidence extraneous to the books themselves to support that assertion. It must be also remembered that there have been times in science when two independent investigators made an identical discovery. If there is no borrowing occurred, this would be the first time that identical “discovery” took place in literature.

Also taking place in a dystopia, in The Hunger Games an autocratic government rules over 12 districts (provinces) from the capital. Every year, as punishment for a rebellion that took place 74 years before, two teenage “tributes” from each district (a total of 24) are randomly chosen to come to the capital and fight to the death in a distant, isolated, setting, with only one being the victor. The struggle is televised throughout the country and, in the book, has become as popular as our Super Bowl or World Cup in our days. None of the tributes are given either food or water, or weapons; however, these items are freely available in a central location where they can be fought over. Many of the capital inhabitants’ names are Roman, e.g., Cinna, Ceasar, and the capital itself is called Panem. Although the aim of the contest is for each person to kill every other person, temporary alliances form, some by the relatively inoffensive participants who help each other out and who are simply trying to avoid being killed, while others form by the active killers. The main teenage enemy is Cato, whose Roman name implies his being an extension of Panem. Two avoid being killed and are, therefore, the winners. The Hunger Games was also made into a very lucrative movie.

Takami shifts the point of view from character to character throughout the book, usually, but not always, when a battle is taking place and just before they are about to die, sometimes giving us a bit of their past history in order to round out the character. This is quite a feat considering that there are 42 students. Unfortunately, in doing so, the reader’s sympathy is dissipated and is not focused entirely upon the supposed main characters, Shuya, Shogo and Noriko. This approach differs from that of Collins, whose focus remains constant with Katniss. This difference, I believe, is simply a matter of choice, or style.

A choice of style also involves the lead up to the deadly games. With Takami, the initial setup is relatively brief: the students are on a bus going on a field trip, fall asleep because of a gas, then wake up to find themselves on an island where they are told of their new status. In the case of Collins, there is a long preamble involving family and friends prior to the hunger games.

What is more relevant here is the amount of detail, or lack thereof, regarding the actual battle scenes. The gladiator scenes in The Hunger Games are relatively brief and lack gory details. Not so in Battle Royale. In Battle Royale, the tactics used by the protagonists, either for attack or for defense, are carefully detailed and when a wound, whether slight or fatal, occurs it is also very detailed. The battle scenes are also drawn out, either in many paragraphs with the minor characters, or entire pages or chapters taken up to describe the sequence of actions and the details thereof that involve the main protagonists.

I would submit that, cultural differences notwithstanding, the difference in the battle scenes are gender related. No one would deny that for millennia, it has been almost always the male gender who has participated in wars and physical fights, whereas most females have not. As such, for reasons whether of biology or culture, battles and fights have held a fascination, and attraction, for males. Even more importantly, accurate detailed knowledge of battles, whether strategic among armies, or mano a mano, have been seen not only as entertainment, but also as being crucial information to be learned and stored away for possible use in a similar scenario.

It is rare that we find such a perfect match of stimuli in the real world with which to compare gender differences. Battle Royale and The Hunger Games have given us just such an opportunity. In the former the emphasis is on the violence itself and on survival while in the latter, the emphasis is on the interpersonal relationships. I would assert that this difference is a subconscious mirroring of both genders.

Armando Simón is a retired forensic psychologist and the author of A Cuban from Kansas, When Evolution Stops, and Fables from the Americas.