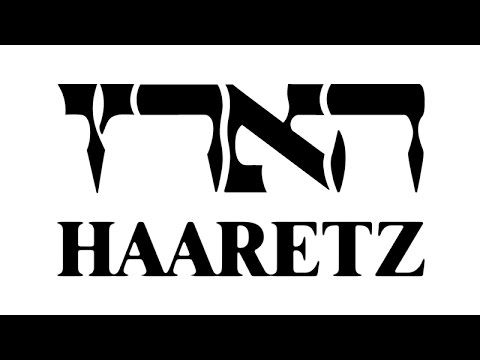 Haaretz, Israel’s leftist newspaper, has reached a shocking new low in running an ad calling for the boycott of Israel. The ad is sponsored by some of the most disreputable anti-Israel organizations you can imagine, organizations dedicated to the destruction of the Jewish state. I was tipped off to this by my friends at the Los Angeles-based, The Israel Group.

Imagine if the New York Times-as bad as it is- ran an ad calling for “Death to America”. Make no mistake. The Boycott, Divest and Sanctions movement against Israel is aimed at destroying Israel. It is anti-semitic no matter how many times they deny it.

Let’s look at the sponsors of this ad.

Students for Justice in Palestine. How many times have I written on this site that they are a bunch of Brown Shirts who use intimidation and disruption against pro-Israel events and speakers? One university after another has learned the hard way (including UC Irvine where I used to teach and observe their antics) that they have no respect for the rights of others. And how could they? They were co-founded by the Palestinian-born professor at UC Berkeley, Hatem Bazian, a man who has called for an intifada in the US!

American Muslims for Palestine. This disreputable Hamas-supporting organization was also co-founded by Bazian. It finances SJP. One of their leaders is none other than former “Irvine 11” member Taher Herzallah, whose life calling seems to be getting hauled out of public gatherings for shouting down speakers. Last heard from he was getting the bum’s rush from the US Senate chambers for trying to disrupt the confirmation hearings of the US Ambassador-designate to Israel. What an impressive resume. The link to the Anti Defamation League’s narrative on AMP is all you need to know.

“Another speaker, Rafeeq Jaber, a co-founder of CAIR, former president of IAP, and a regular participant at AMP conferences, described Jews as “the worst kind of people,” who came to Jerusalem “with false pretenses.”
-ADL

Don’t be fooled by the deceptive name of Jewish Voice for Peace. This is a leftist, anarchistic ally of SJP. I personally witnessed three of their leaders speak at UC Irvine and argue against the right of pro-Israel students to speak (“useless discourse“)  or to even feel comfortable on campus.

The American Friends Service Committee has for years been on the side of the Palestinians in the conflict. In doing so, they have ignored decades of violent terrorist actions on the part of their Palestinian clients as they pile on Israel. It fits a pattern, During the Cold War, they ignored the horrors of the Soviet Union in their quest for “world peace”.With good reason, many have concluded that they are simply anti-Jewish.

The US Campaign for Palestinian Rights, formerly the US Campaign to End the Israeli Occupation. I note from their web site that one of their leaders is a misguided young Jewish woman named Anna Baltzer. I have seen this polite but foolish person speak twice at UC Irvine. Noting that she was on a never-ending speaking tour on various campuses, I asked her who was footing the bill for her travels. She answered that it was her book publisher, who was so happy with the “success of her book,” a likely story as we used to say. Maybe I now have the answer to my question.

And last but not least, the absurd group of hysterical women known as Code Pink. They need no introduction.