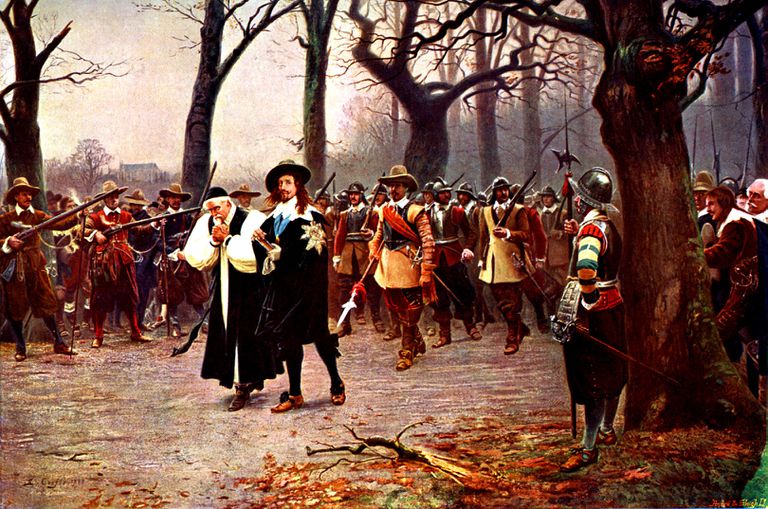 Travis Perry holds an MA in history and answers questions on the website Quora. I have just read his short answer comparing Roundheads and Cavaliers during the English Civil War (1642–1651), a war that pit Puritans against Royalists, supporters of Parliament versus supporters of the King, Bible thumpers versus aristocrats, the emerging gentry and middle classes against the hereditary landowners, those who espoused high culture and those who saw the world through the egalitarian eyes of the recently translated Old Testament. Simply put, the people against the ruling class.

For most readers, the English Civil War is irrelevant history, perhaps relevant in the long scheme of things but not in the short. The Cavaliers dressed in fancy clothes, they drank, and they only socialized with one another. They looked down on the lower classes and the masses. They were entitled. Have they disappeared? Not at all.

Their lifestyle and world view seems to have re-emerged among our elected and selected officials in today’s modern democracies. These are the “New Cavaliers.” But please note that these “New Cavaliers” get elected by saying they will help the poor, the middle classes, the struggling immigrant. Then they divert public resources to their private needs, their clients, and friends. We, the Roundheads, the people, have been duped and come up short-changed.

Perry reminds us that the Cavaliers represented English nobility—they dressed well and supported the Anglican church’s non-Puritanical traditions. They certainly knew how to spend! Are our leaders really like them? Let us see what the evidence suggests.

The Guardian newspaper of Britain had this to say about the G-7 leaders at their most recent summit:

“The security cost of hosting next weekend’s G7 summit in Cornwall will exceed £70m if the final bill of policing the meeting of world leaders is in line with the two previous events held in the UK.

“Around 6,500 police will secure the event at Carbis Bay, near St Ives, on 11-13 June, with more than 5,000 coming from around the country to help the Devon and Cornwall force run what it said is the ‘largest security operation in its history’.”

Perry reminds us that:

“The Puritans accused the Cavaliers of being heavy drinking, party-going men who did not care very much about God—or for them, anything important. In turn, the Cavaliers believed they were socially superior to the mostly lower-class Roundheads and maintained an aloof attitude towards them. Both of these realities have fed into what we mean today when we describe a ‘Cavalier attitude.’”

The CBC reported that the G-7 summit held in Canada in 2018 cost a lot, too: “Depending on your perspective, a $396 million security investment is either a lot, or a little.”

Oh, may I point out that the average salary for a Canadian senator is more than CA$150,000 ($122,000) a year without perks or pensions or any other hidden costs? I guess it’s actually more than $200,000, for we will never really know about long-term, medium-term, and short-term perks and allowances (and perhaps untaxable allowances).

Now it seems that our modern New Cavaliers can’t do things for themselves, just like the old ones. They don’t get their hands dirty governing. They must say to themselves, “Ruling is for the hoi polloi—we don’t need to do that!” And so, they must have clients, proteges, what used to be called courtiers, and what better way of expanding their entourage than by paying them as consultants.

On April 12, the National Post reported that the Canadian government’s consulting fees are expected to have risen by CA$6 billion between 2015 and 2022:

“Costs for ‘professional and special services’ is expected to increase to $16.4 billion next year, up from $10.4 billion when the Liberal government took office—the highest level of spending since at least the 1990s, according to public data. At the same time, the cost of paying government worker salaries has also increased sharply, from $39.6 billion before 2015 to $47.5 billion in 2020.”

Perry then reminds us how, way back when, the other half lived.

“The Roundheads were English Puritans. They were called what they were because they took Biblical statements about men having short hair (I Corinthians 11:14) literally and many but not all of them cut their hair close at a time when long hair was the current fashion for men. They always found the term ‘Roundhead’ offensive and preferred to be called Puritans or by other names.”

I think this may well describe the average Canadian, give or take a few libertines here and there: hard-working, family-oriented men and women who live within their household budgets and don’t like going into debt, even if they have to. Even if the media-soaked average Canadian wanted to live like a Cavalier and dreams of it while watching the Kardashians on TV, he or she just simply can’t afford it.

BNN Bloomberg on May 12 reported the following troubling trend:

“Canadian consumer insolvencies surged by nearly 23 per cent month-over-month in March, according to data released by the Office of Superintendent of Bankruptcy (OSB) Wednesday.

“That increase marked the largest one-month jump in new filing activity in more than a decade as some consumers simply hit a wall when it came to staving off a bankruptcy.”

Now, if you think that there’s evidence that the governing elites of the West are predatory and libertine, hear this! During the summer of 2017, U.S. News and World Report posted this wonderfully revealing piece:

“Le Point, a French news magazine, revealed Thursday that French President Emmanuel Macron has spent 26,000 euros on makeup services since taking office in May. That is more than $30,000 on cosmetics during his first three months as president, or about $330 spent on makeup each day.

“And taxpayers are fronting the cost.”

Look around you. Ask questions. Do research. Connect the dots. Look at budgets. Evaluate spending. You’ll see that governments in the West are spending more and more of our taxpayers dollars, and on what? A convinced left-winger would say, “If it benefits the people, then why not?” Well, the New Cavaliers don’t seem to care about the people. They spend the money on themselves and their hangers on. And most of it comes from Roundheads who pay the taxes—us.

As Perry reminds us, “The Cavaliers believed they were socially superior to the mostly lower-class Roundheads and maintained an aloof attitude towards them.”

I think this describes our New Cavaliers rather well. And it only took 370 years to get us back to 1651. Aren’t they something to be admired?