Here’s to the Winners in the Fight against Terrorists 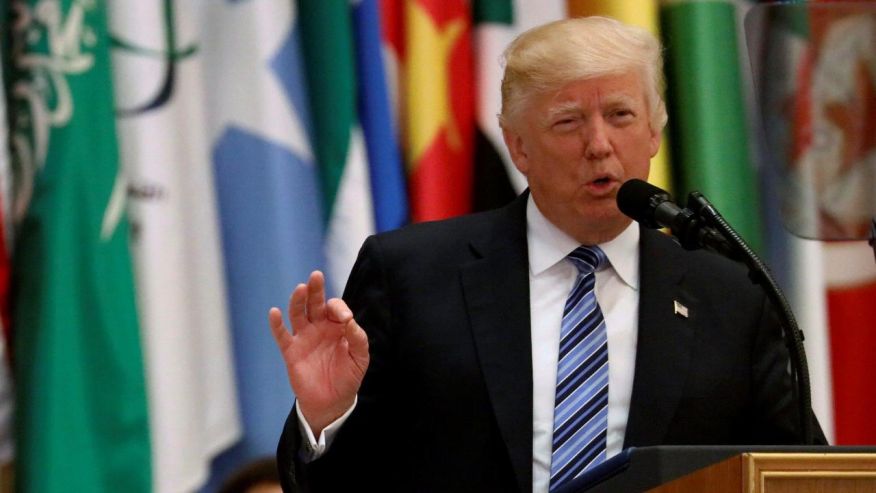 Niccolo Machiavelli writing in 1513 did his best to warn Donald J. Trump. In Chapter VI of The Prince he wrote, “nothing is more difficult to set up …than a new system of government, because the bringer of the new system will make enemies of everyone who did well under the old system, while those who do well under the new system still won’t support it warmly.”

This assertion has been confirmed by a report coming from the US Ivy League on May 23, 2017, specifically in a study by Harvard University’s Shorenstein Center on Media, Politics, and Public Policy. It reported that in the first 100 days of the Trump administration, the news coverage of it had been 80% negative to 29% negative, with CNN and NBC leading with a 93% negative tone, and the Wall Street Journal had 70% negative and even Fox News 52%.

These findings of course were obvious and hardly needed an elaborate statistical analysis, after the plentiful media coverage of mistakes by the new president and concentration like short sighted detectives on allegations and false information about connections of some kind between the U.S. administration and Russia. However, in view of recent events, what is surprising is that the negative tone was 82% on foreign policy and 70% on the threat of terrorism.

It is probably true that President Trump does not know the name of the president of Romania or the prime minister of Estonia, is unaware of the relations between Albania and Kosovo, and has no insight on whether Montenegro should become the 29th member of NATO. But he is right on two far more important issues: the reassertion of American leadership in the Middle East; and on the main contemporary issue of foreign affairs, overcoming and ending the threat of Islamic terrorists, the crucial issue today.

That reassertion was forcefully made in Trump’s address on May 21, 2017 to the large number of Arab leaders in the palace of the Saudi Arabian capital, Riyadh, an address that can be considered a belated reaction to the speech of President Barack Obama in Cairo on June 4, 2009. Predictably, the major media were critical of the Trump speech for not dealing with the problem of women’s rights and human rights in general, the need for political reform in Saudi Arabia, or Arab political instability.

In an academic paper, or in the U.S. Congress, this criticism would be wholly in order, but Trump explained “we are not here to lecture, to tell other people how to live.” Instead the US was offering partnership with countries, even those that have autocratic or less than democratic systems, who are pursuing the same objectives as the U.S. in fighting terrorists.

What is new and important is the dramatic change in the U.S. from the policy or non-policy of President Obama on Middle Eastern issues. Those policies meant no intervention against the Assad regime in Syria, even after the “red line” was crossed, lack of support for President Hosni Mubarak in 2011, tacit approval of the Muslim Brotherhood, less than enthusiastic support of Israel, coolness toward Prime Minister Benjamin Netanyahu, and a nuclear deal at all costs with Iran.

Whatever one’s opinion of Obama policies they were interpreted as weakness which in the Middle East is said to breed contempt. Obama’s policy was unwelcome and criticized by Saudi Arabian leaders. King Abdullah often urged the U.S. to “cut off the head of the snake” by destroying Iran’s nuclear program. He declared his country was disturbed by President Assad’s war against the Sunni majority in Syria, including his use of chemical weapons against civilians, and by the Syrian subservience to Iran. Because of American policy and United Nations inaction on Syria the Saudi foreign minister, Prince Bandar bin Sultan, in September 2013 cancelled his speech to the UN General Assembly.

A month later, Saudi Arabia rejected the offer to be a member of the UN Security Council for two years as a non-permanent member because of its frustration at US policy, and the UN inaction. The Saudis called for comprehensive reform of the UN system based among other things on regional balance. Saudi Arabia however was ironically elected to a three year seat on the UN Human Rights Council, and is a member of UNESCO.

Saudi criticism of President Obama intensified as a result of the article in The Atlantic, April 2016 which repeated the President’s earlier comment that a number of American allies in the Persian Gulf were “free riders,” eager to drag the U.S. into conflicts that had little to do with American interests. The strongest rebuke and undiplomatic tongue lashing came on March 14, 2016 from Prince Turki al-Faisal, head of intelligence and former ambassador to the U.S.  He replied directly to Obama, “We are not the free riders to whom you refer. We lead from the front and we accept our mistakes and rectify them.”

That rectification may now be starting. Saudi Arabia because of the strong influence of Wahhabism in decision making has long been responsible for spreading religious Sunni extremism and consequent jihadism. President Trump himself was suspicious of the country for aiding the 9/11 terrorists. The Saudi position now appears to have changed and overlaps with that of the U.S. President on crucial issues. Saudi leaders and the Gulf Cooperation Council  now unequivocally reject jihadism and have agreed to join Trump not only in the fight against Islamic terrorists but also in limiting the power of Iran. That country, the leading Shia state, must never be allowed to possess a nuclear weapon, and must cease immediately its funding, training, and equipping of terrorists and expansion of military forces.

The primary objection to the Trump initiative is that Saudi Arabia is hardly the epitome of democracy. Serious disconcerting factors remain. Most obvious is the gender rights gap. Women are discriminated against in marriage, divorce, child custody, inheritance, property ownership. Guardianship of women is still the rule, education is single sex, and women are still not permitted to drive a car. The Sunni Muslim religion is dominant and final political decisions are made by the Ayatollah and religious dignitaries. Moreover, there is religious intolerance. No non-Muslim clergy can enter the country to conduct services. The country has a poor human rights record, being marked by a considerable number, perhaps 3000, political prisoners, and the judicial system is characterized by arbitrary arrest, secret trials, and long detention periods.

Yet change, small as it is, has been occurring in the country. In 2013, three women were appointed to the 150 member Shura Council, a consultative body. Women can now vote and be candidates in municipal elections. Women can run businesses, including law firms, and newspapers. They publish novels and direct films. There are more women than men in higher education, and a considerable number of the total of 150,000 who study abroad are women.

This is only slow progress but should not prevent common policy by the US and the Saudis on the main issues. Israeli Prime Minister Benjamin Netanyahu asserted that common dangers are turning former enemies into partners. The old saying is still pertinent, “The enemy of my enemy is my friend.” Put forthrightly, the enemy of Iran is a friend of the U.S. and of Israel. For all three countries, Iran is an existential threat, and all agree that Iran must not have nuclear enriched facilities, or stockpiles of enriched material.

The Trump visit, both in its symbolic and realistic aspects, cannot end sectarian rivalries, the endless and brutal war in Syria or the reality of Arab political instability in the Middle East, or terrorist activity against Israelis. It was telling that on the very same day as Trump’s visit to Israel, Palestinian terrorists were active in the coastal city of Netanya, stabbing an Israeli police officer, and in Abu Dis, attempting to strike another police officer. Moreover, and again on the same day, Palestinian TV featured a woman terrorist, who had murdered 16 Israelis, declaring that “We long for the days of the Intifada, the days of the revolution.”

Yet, though the continuation of terrorist attacks is troubling and needs to be ended, the Trump visit in an optimistic way signifies two possibilities. One is a major shift by Saudi Arabia, which already benefits from US arms sales and infrastructure investments, and other Sunni countries, towards common action with the U.S. The continuation of this is all the more meaningful considering that two thirds of the Saudi population is under 30, and almost half of the 27 million people is below the age of  24. The other is that it may at last create the conditions for negotiation of a peaceful settlement between Israel and the Palestinians.

Not everyone relishes President Trump’s blunt language and not all will agree with his plainspoken and straightforward and Frank Sinatra-like description of terrorists as “losers,” or his portraying the fight against them as one of good against evil. But, without denying other serious Middle East problems, no one can mistake the essential objective is to defeat the Islamic terrorists, especially ISIS and al-Qaeda, who threaten the world and the urgent need to crush their hateful millenarian ideology. Significantly, British Prime Minister Theresa May on May 23, 2017 after the terrorist bombing in Manchester, England, vowed “to take on and defeat the ideology that often fuels this violence.” The improbable coalition of countries must focus on ending the violence of Islamist extremists.