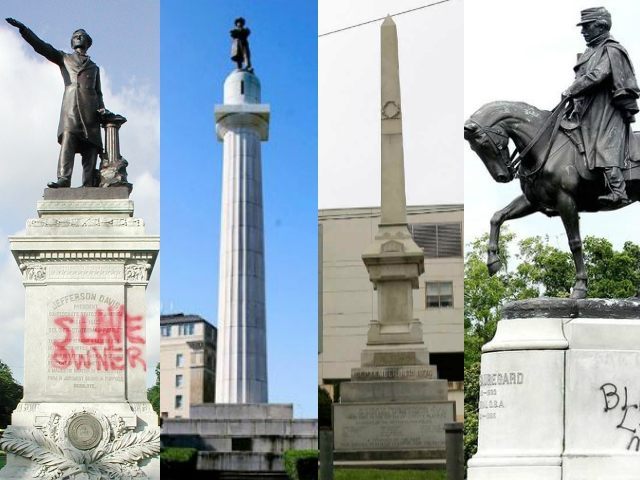 Let’s talk of court news, who loses and who wins, who’s in and who’s out. Sometimes this is hazardous. In the Soviet Union when ruled by Josef Stalin, truth was determined from one of the dictator’s edicts to the next. One of the few witticisms to originate from that period indicated wariness, “In the rest of the world it’s impossible to predict the future, but in the Stalinist Soviet Union it’s politically dangerous to predict the past.”

He is not today much celebrated or even remembered in Russia, but on July 16, 2017 Friedrich Engels, friend and collaborator of Karl Marx, and co-author of The Communist Manifesto in 1848 returned to Manchester, England. At a ceremony in the city he was honored by the installation of a bust, a visual symbol of the man who had lived in the city for more than twenty years and who helped shaped the political and social thinking that underlay the old Soviet Union.

In the United States and in Britain, reassessment of the past has become not only a political tool, but also a reminder of the complexities of history. Everyone can recognize that discrimination is unacceptable but so is a conviction of historical certainty. Tension between those extreme views is now familiar in the United States, mostly in the American South where many are concerned with removing symbols, primarily Confederate monuments and flags, that are seen as representing racism and discrimination.

The American South is thus consciously reassessing history. The Mayor of New Orleans, Mitch Landrieu, has asserted that the Confederacy was on the wrong side of history and on the wrong side of humanity. Accordingly, the New Orleans City Council on December 17. 2015 voted 6-1 to remove four monuments, built between 1884 and 1915, from their prominent perch in the city. They included statues of Gen. Robert E. Lee, Gen. P.G.T. Beauregard, and Confederate President Jefferson Davis, and also the obelisk dedicated to the Battle of Liberty Place. This obelisk commemorated the uprising in 1874 by a white group to overthrow the racially integrated governance set up in the city after the Civil War.

In all the 11 former Confederate states, controversy has ranged over the official honoring of the past which for the critics represented ideologies, favoring segregation and slavery, in conflict with the constitution and laws of the U.S.  and which did not meet current standards of equality and non-discrimination.

Each area in the South has chosen those who are currently unacceptable. The city council in Charlottesville, Virginia, in February 2017 voted 3-2 to remove the 95 year-old equestrian statue of Robert E. Lee from the Lee Park which is to be renamed. The state of Tennessee in 2017 rejected the monument to Confederate Gen. Nathan Bedford Forrest, slave trader and early member of and perhaps Grand Wizard of Ku Klux Klan, though he repudiated the Klan in his later years.

The city of Baltimore expressed willingness to remove memories of those considered undesirable, the most important of whom is Justice Roger B. Taney whose statue is in Mount Vernon Place in the city. As Chief Justice of the Supreme Court, Taney delivered the majority opinion in the famous Dred Scott case of 1857. The opinion included the argument that the framers of the Constitution believed that blacks “had no rights which the white man was bound to respect.”

Historical complexities abound. Princeton University considered whether to change the name of its Woodrow Wilson School of Public and International Affairs, in spite of Wilson’s political and historical importance, because he had expressed views now considered racist. Yale University debated if its college named after John Calhoun, former vice-president but supporter of slavery and states’ rights was to be renamed, but decided not to do so.

Similarly, Oriel College at Oxford decided that its statue of Cecil Rhodes, should not fall in spite of accusations of imperialism, colonialism, white supremacism, and racism by today’s standards. The University decided however that Oxford, one of the world’s great universities, was not based on an imperialist legacy. One of the ironies in this particular situation is that the leader of the Rhodes Must Fall movement was himself a recipient of a Rhodes Fellowship funded by the mining magnate, and considered one of the world’s most prestigious scholarships.

Two recent developments are relevant to this story. One is the curious story, mentioned above, of the successful effort by the noted British artist Phil Collins to obtain a statue of Friedrich Engels, erected in 1970, from a village, Mala Pereshchepina in north eastern Ukraine and bring it on a flatbed truck to Manchester, England.

Inherent in the story is the paradox is that Manchester, once the embodiment of 19th century capitalism, and where Engels live as representative of his family’s cotton business housed the man who had written a work, a polemic on the conditions of the working class based on his personal observation as well as research.

Karl Marx is still honored, at least in London where he is buried in a large tomb, always covered with flowers at Highgate Cemetery, and by an annual procession on the anniversary  of his death.  By contrast Engels, polyglot, cultured, hunter, lover of poetry, is less honored, though there a housing development on a council estate named after him in Manchester, and there is a statue of his beard, a climbing wall at Salford University, near Manchester. Now, contrary to current political trends, he is honored and on a pedestal.

By contrast, Kings College, in the center of London, has acted in accordance with anti-establishment sentiment, and is succumbing to student pressure. Its world famous Institute of Psychiatry, Psychology, and Neuroscience,  is moving  busts and portraits of its founding fathers,  from its main entrance and replacing them with those of black, Asian, and minority ethnic minorities. According to officials, portraits of whites are too intimidating for ethnic minorities, and their substitutes are less alienating for students from a diverse cultural background,

This example of reverse discrimination is all the more disconcerting because of the stature of those removed. Missing in what is the largest center for research in its stated fields in Europe will be Dr. Henry Maudsley a leading psychiatrist whose donation led to the founding of the medical school in 1924, and Sir Frederick Mott, who in 1896 proposed university training courses in psychiatry and who was responsible for important research on syphilis and its treatment. This discrimination follows that of two years ago when Kings College removed a photograph of the former Archbishop of Canterbury, Lord Carey, because of his opposition to gay marriage.

Changes of this kind, the removal of portraits of outstanding scholars, and the change of teaching materials to feature a range of ethnic groups may have a tone of moral uprighteousness, but they may also smack of political correctness gone mad.  One can understand and approve the sentiments of the American South. But in the case of King College, anxious to take account of the diversity of its student body, it is difficult to see how the college offerings become more inter-cultural and international by changing the diagrams of the human anatomy. Where do the changes end?  Perhaps removing Nelson from his column in Trafalgar Square because it offends French visitors?